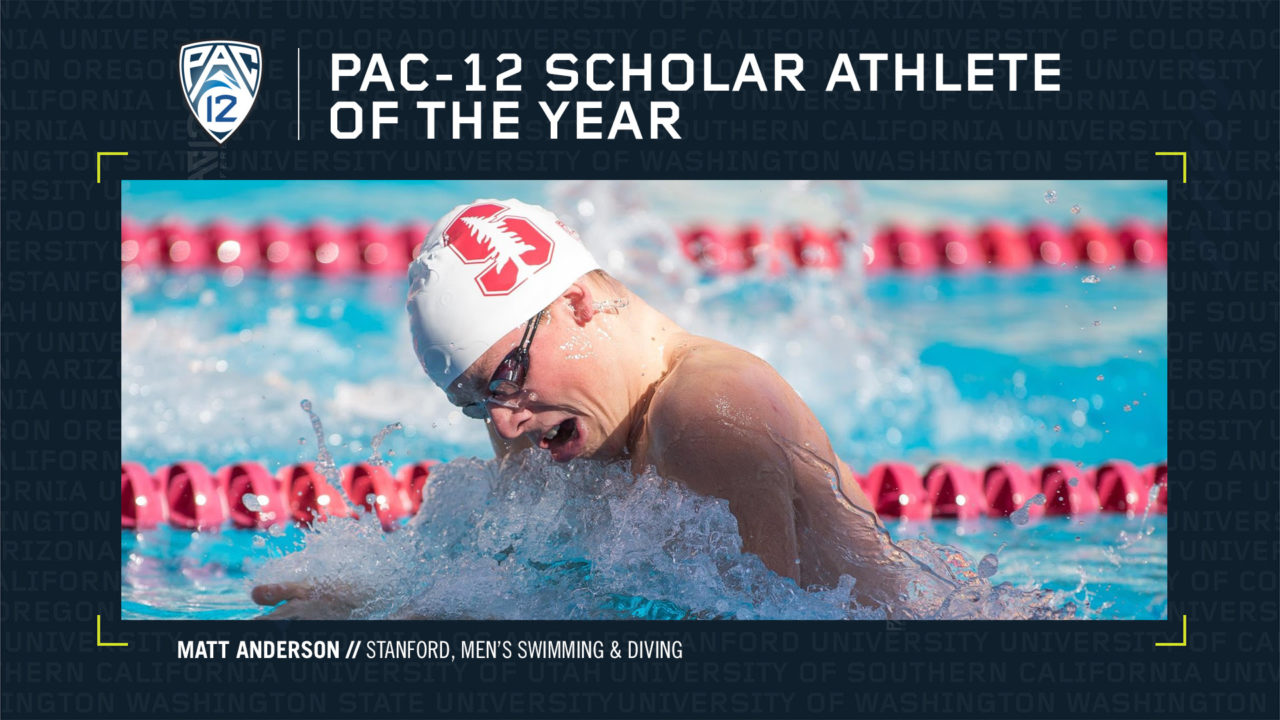 SAN FRANCISCO – Stanford senior Matt Anderson was named the Pac-12 Men’s Swimming and Diving Scholar-Athlete of the Year for the 2018-19 season, the Conference office announced on Wednesday. The award, which is presented in each of the 24 sports the Pac-12 sponsors, was established to honor collegiate student-athletes who are standouts both academically and in their sports discipline.

Out of the pool, he is one of Stanford’s most accomplished student-athletes. Anderson is a two-time Pac-12 All-Academic selection, earning first team recognition in 2018 and second team in 2017. He was also named a CSCAA Academic All-American his sophomore year.

Anderson has extended his efforts at the Conference level as a representative for Stanford at the Pac-12 Student-Athlete Advisory Committee (SAAC) in the Fall of 2017. SAAC is a forum for Pac-12 student-athlete leaders to promote camaraderie and cooperation while fostering a sense of Conference unity and pride. He’s also worked with the NCAA in February 2018 at the APPLE Institute, an annual three-day national training institute for student-athletes, athletics administrators and campus partners dedicated to substance abuse prevention and health promotion of college athletes.

PREVIOUS MEN’S SWIMMING AND DIVING SCHOLAR-ATHLETES OF THE YEAR