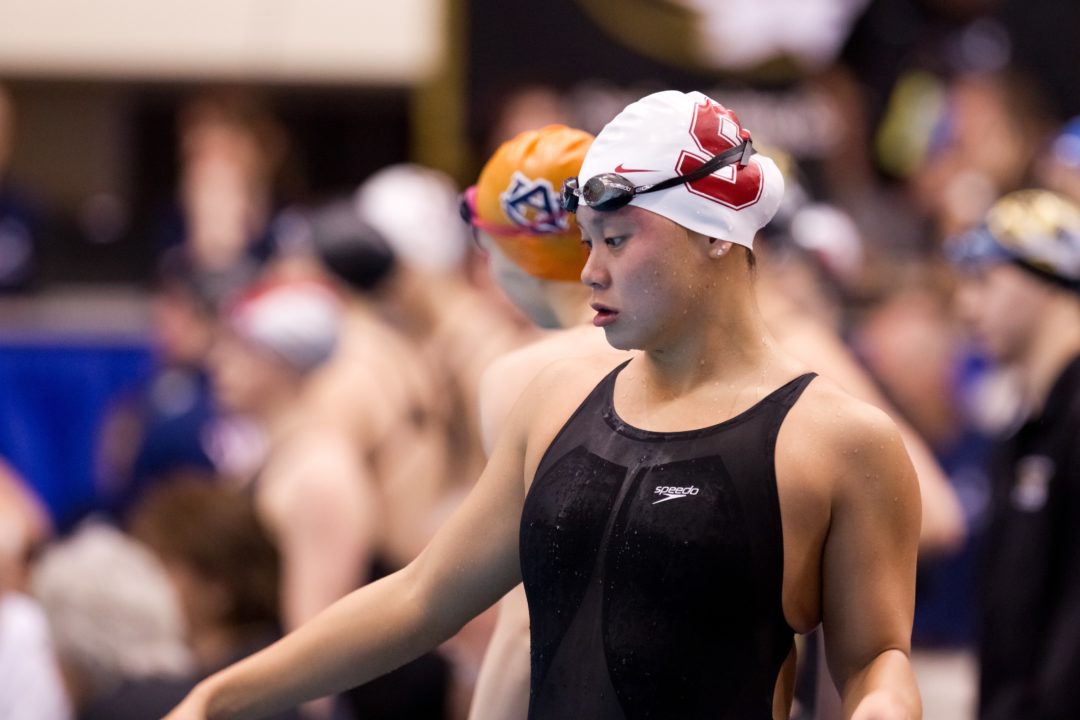 Oregon State hosted the Stanford Cardinal on Friday afternoon. In the Cardinals first road contest of the year, they were victorious, 170-88, winning all but 3 events in the 16 event meet line up.

Sammy Harrison for the Beavers won the 1000 freestyle easily. She finished in 9:53.08, over Stanford’s Tara Halsted at 10:07.29. Harrison is one of OSU strongest swimmers, holding three team records for OSU.

After splitting the best in the medley relay, Olsen finish first in the 100 breaststroke in 1:03.00. Haase was second in 1:03.38 and Crystal Kibby from Oregon State was third.

Lee is looking poised to have a great final season for the Cardinal. In her first individual event of the day, she easily won the 200 butterfly. Her final time was 1:58.89, three seconds better than her teammate Halsted.

Kibby for the Beavers was third again in this breaststroke event in 2:22.92.

Mackenzie Stein cruised to a win in the 100 butterfly at 55.92. The other Cardinal swimmers competed as exhibition races, and as well in the 400 freestyle relay.

Notably, Neal lead off the A relay for Stanford and split 49.54 – faster than Lee’s individual 100 freestyle win from earlier in the meet. Plus on the B relay, Schaefer in the second leg split a 48.98.

Maya DiRado is ready for a big final college season.
I hope she will finally win her first individual title in the 400 IM.
She deserves it after so many second or third places.

This Stanford team seems hot and cold right now…there are some girls swimming fantastically (felica lee)and others who are not swimming at their true caliber level (Julia Anderson 1:53???)

Their freshman class is a lot deeper than I had thought, halsted is going to be the diamond in the rut I think. If Nicole stafford would start doing some fly and 200 frees she would be great too. Grace Carlson hopefully will get back on her horse and lia Neal’s 100 free is very encouraging. Can’t wait to see them up against teams like Cal and USC.

Neal will need a great 200 too; she seems to only get after it when she’s rested and she has a lot to learn about swimming the event consistently–I think her 50 will actually come later; I’ve always thought she was a 100/200 swimmer but Gregg needs her for all three and a maybe a future 100FL–just some thoughts