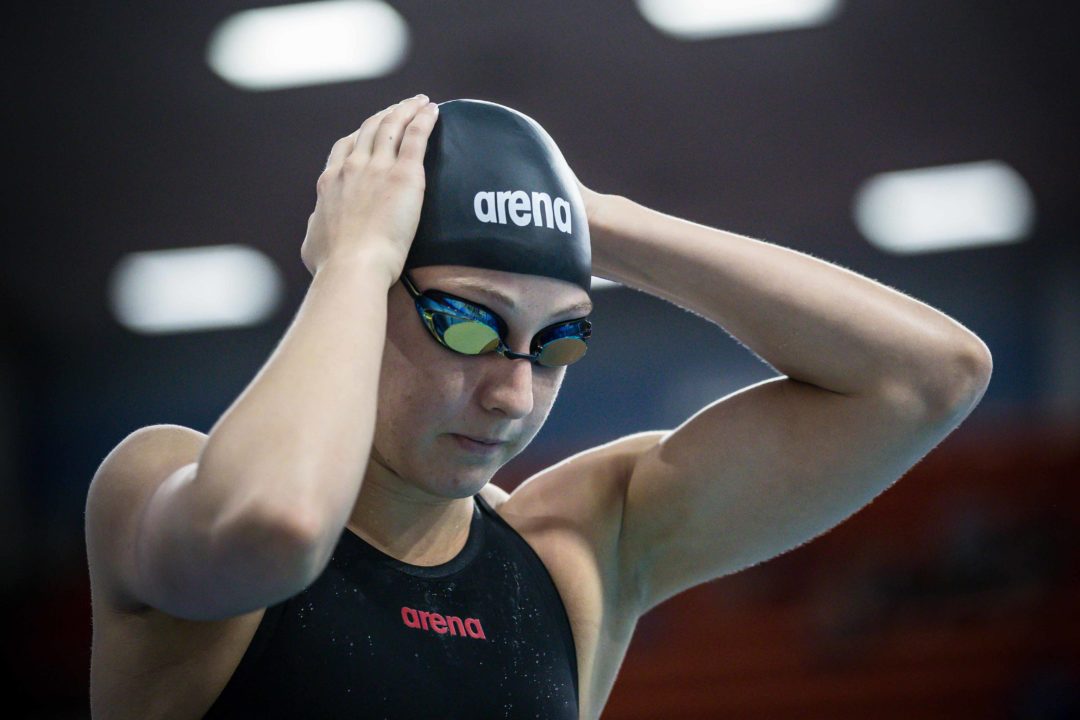 Stanford's Brooke Forde (4:39.86) and Cal's Robin Neumann (4:39.92) both cracked the 4:40 barrier this morning in the 500 free prelims. Current photo via Jack Spitser/Spitser Photography

While the Cal Golden Bears have been dominant this season in the Pac-12, they haven’t yet made a big move at these Pac-12 Championships.

Instead, Cal and Stanford had virtually the same outings this morning, with Stanford putting up one more swimmer into an A-final than Cal, Cal getting one more B-finalist than Stanford, and the teams tying with four C-finalists apiece. That mirrors how the teams looked on the 1-meter last night; each had one diver in the A-, B- and C-finals.

With the swimmers in strong positions, Stanford and Cal need to worry about placements in each final; if you’re the top seed of a final, and you wind up dropping down to eighth, that’s bad news in terms of projection-to-reality scoring.

Meanwhile, UCLA is projected to move up with their prelims projections. These projections are based on individual swimming events, though, so Arizona and USC could counter with their 3-meter diving points and nullify the Bruins’ prelims efforts.

Washington State sprinter Chloe Larson gave the Cougars an A-finalist with a 22.16 in the 50 free prelims today, which is better than Utah and Arizona’s combined 0 A-finalists. Larson’s time this morning broke a WSU program record dating back to 2009, a 22.45 done by Rugile Mileisyte.

In Teri We Trust