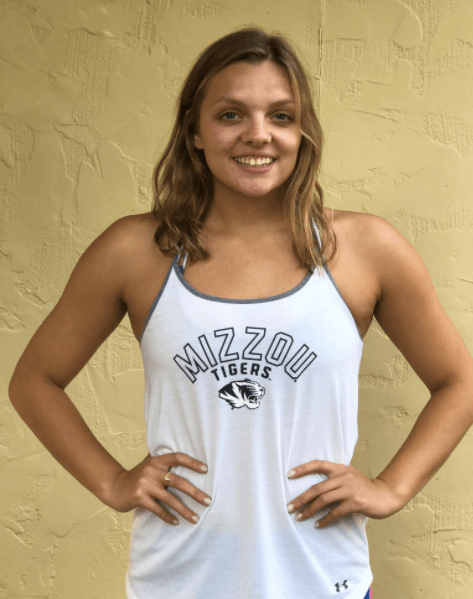 Jones is a breaststroker with junior national championship experience under her belt. Most recently in high school competition, Jones won the B final of the 100 breast at the 2016 IHSA State Championships to place 7th overall (the IHSA has state championships with six lanes reserved for A and B finals).

Mizzou is seriously hurting in terms of breaststroke speed, so Jones’s arrival next fall will be addressing a major lineup gap for the Tigers. Last year, besides the now-graduated Katharine Ross, no swimmer on Mizzou‘s roster broke 1:04 in the 100 and 2:15 in the 200.The freshmen this year are the top breaststrokers on the team, with Lauren Savoy coming in at 1:03.3/2:13.8 and Emily Snyder holding bests of 1:02.7/2:17.3.

Any improvement Jones makes in her senior year before getting to Columbia will be very advantageous for Mizzou, and she could slot in as their top breaststroker immediately, and especially if she can chip away at her times this season.

Jones would’ve been a C finalist in the 100 breast and on the bubble of C final scoring in the 200 breast with her current bests.

Excited to say I've committed to swim at University of Missouri??? pic.twitter.com/g3VUDhltzW