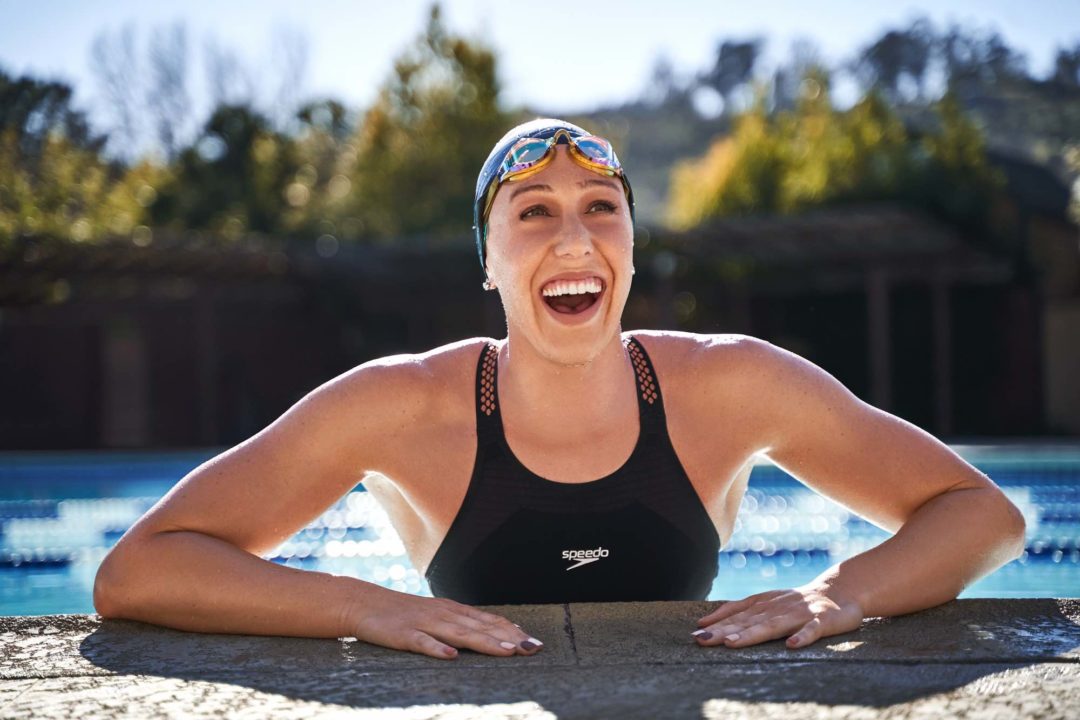 Weitzeil, who won two Olympic medals in Rio, has signed her first performance swimwear sponsorship deal after graduating from the University of California. Current photo via Speedo

Speedo, the world’s leading swimwear brand, has signed American sprint freestyle swimmer Abbey Weitzeil to join its roster of swimming superstars ahead of the Olympic Games in Tokyo this summer.

Weitzeil, who won two medals (one gold, one silver) at the Rio Games in 2016, has signed her first performance swimwear sponsorship deal having graduated from the University of California where she represented the California Golden Bears. Abbey joins a long list of high-profile, successful female Speedo swimmers over the years, including former Bears alumni such as Natalie Coughlin, Missy Franklin and Kathleen Baker.

The now 24-year-old had an extremely successful start as an age group swimmer and is now widely regarded as one of the top female sprinters in the USA. Following her exploits in Rio, Abbey again won one gold (4×100 mixed medley) and one silver (4×100 freestyle relay) at the 2019 FINA World Championships to cement her status as an extremely valuable member of the USA relay teams. In the same year, she also became the first woman in history to swim 50 yards in under 21 seconds when posting 20.90 at the Minnesota Invite.

A successful NCAA career was then cut short in senior year by the impact of COVID-19, but Abbey leaves as a multiple NCAA champion and arguably one of the most dominant female sprinters in collegiate swimming history.

Following the announcement, she said: “I could not be more excited to be joining Team Speedo! It has always been a dream of mine and I couldn’t imagine myself racing in any other suit. With the support of such an innovative brand and everyone in the Speedo family, I have the confidence to go after my goals.”

Sean Kavanagh, Global Director of Sports Marketing & Sponsorship at Speedo, said: “Abbey is an incredible talent and we are honoured to have her join the Team Speedo ranks. We have watched Abbey compete throughout college in our suits and monitored her progress closely as the records tumbled and so we are naturally delighted that she is now part of the family.”

“Out of the pool, Abbey is also a fantastic role model and has spoken passionately throughout her career about promoting body positivity and empowering young female swimmers. These are values that Speedo also shares and we look forward to supporting Abbey both in and out of the pool as best we can this summer and beyond.”