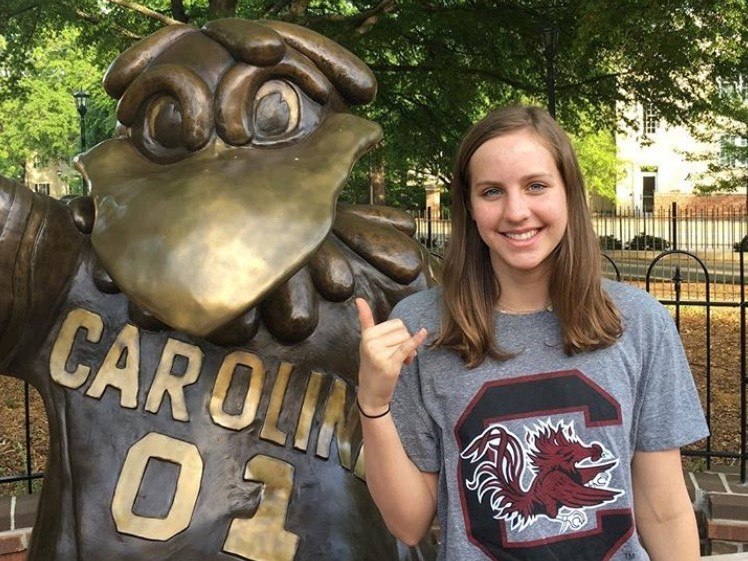 Jeff Poppell’s debut as head coach at South Carolina could not have gone much better over weekend, as the Gamecocks dominated Gardner-Webb in a dual meet at home in Columbia. On the men’s side, South Carolina won handily 192-75. The Gamecock women dominated by an even larger margin, winning 222-68.

The Gamecock men’s junior class led the charge, as Guy Gropper and Jordan Yip both won two events on the day. Gropper, an Israeli national, won the 50 free in 20.78 won the 100 fly in 50.52, while also finishing second in the 100 free with a 45.88. Last season, Gropper was a B finalist at the SEC Championships in the 50 free, finishing 13th, and a C finalist in the 100 fly, where he finished 23rd.

Patrick Groters, a transfer from the University of Denver and another member of South Carolina’s junior class, also impressed in his Gamecock debut. Groters won the 200 back in 1:48.91 and the 200 IM in 1:51.35, while also finishing second in the 100 back in 51.41. During Groters’ time at Denver, he was a Summit League champion in the 200 back, holding a best time of 1:42.20. He should be a high-impact transfer for Poppell, as his best time in the 200 back would have qualified for the SEC A final a season ago.

Freshman Michael Laitarovsky, an Israeli Olympian from Tokyo, also impressed in his South Carolina debut. Laitarovsky handily won the 100 back over Groters with a 49.69. The combo of Groters and Laitarovsky gives Poppell a strong backstroke group to work with as he rebuilds the Gamecock program.

The South Carolina women were led by returning NCAA qualifier Janie Smith, who won the 200 free, 100 fly and swam legs on the winning 200 medley relay and 200 free relay. In the 200 free, Smith used a strong back half to pull away from the field to touch first in 1:51.59. The Charlotte, NC native returned later in the meet to win the 100 fly in 55.75, touching just ahead of teammate Emma Israels. Smith will play a major role in Poppell’s efforts to turn around the Gamecock program, as she returns for her junior season as the program’s lone returning NCAA qualifier after receiving an invite in the 100 free last year.

Some newcomers also made some noise for South Carolina, as transfer Laura Goettler won her first race as a Gamecock, and freshmen Sophie Verzyl and Greta Pelzek also recorded the first victories of their college careers. Goettler, a sophomore transfer from Duquesne, won the 200 breast in 2:17.40. Goettler holds a lifetime best of 2:11.62 from high school, which would put her in C final scoring range at the SEC Championships.

Pelzek, a freshman from Wilmette, IL, touched first in the 200 fly in 2:01.84. That is a very strong early season time for the freshman, whose best time is just 2:00.15 from last April. Verzyl, a local standout from Columbia, swept both the 1 and 3 meter springboard events.

“We were very pleased with the efforts of our athletes today. They raced hard and did a nice job trying to implement the race strategies that we discussed in advance of their swims. Our divers also got off to a great start to the season with some solid performances. We’ve still got a long way to go as a team but today was a good indicator of where we are presently and what areas we need to direct our focus moving forward.”

South Carolina returns to the pool on October 23rd when the Gamecocks travel to Athens, Georgia to take on the University of Georgia. Gardner-Webb returns to action on October 15th and 16th as they host UNC-Asheville and Bellarmine in Boiling Springs, NC.

Looking forward to seeing how much Poppell can turn this program around and how fast.