SMU’s Podmanikova Tabbed as AAC Swimmer of the Week 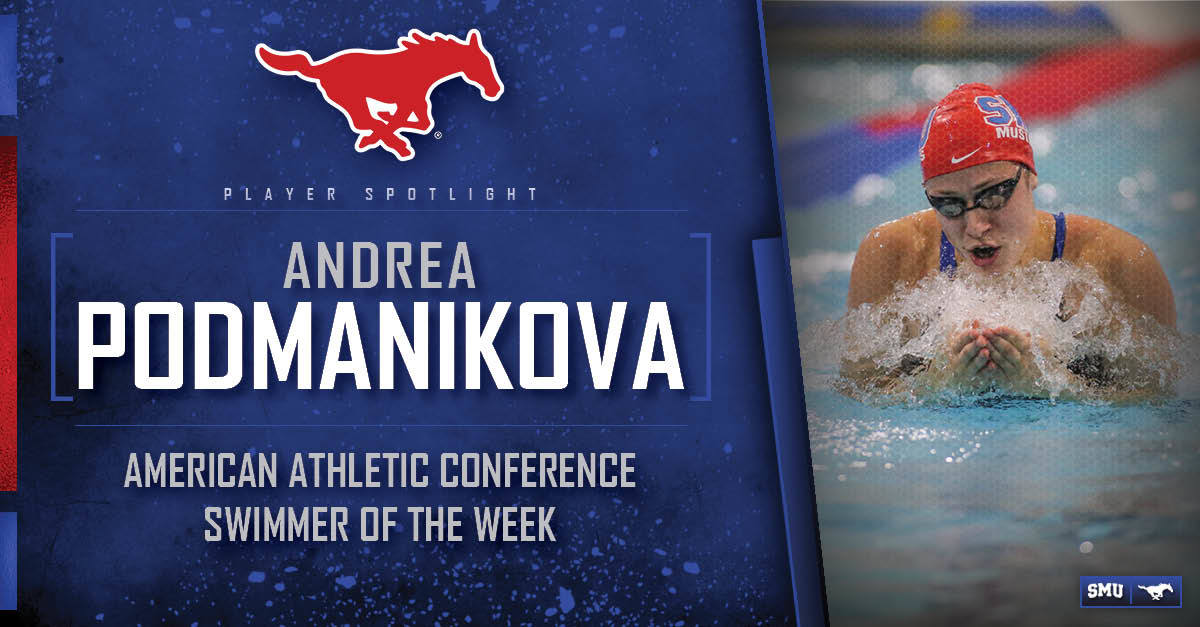 Following a standout performance at the SMU Classic over the weekend, sophomore Andrea Podmanikova was named the American Athletic Conference Swimmer of the Week. Current photo via SMU Athletics

PROVIDENCE, R.I. – Following a standout performance at the SMU Classic over the weekend, sophomore Andrea Podmanikova was named the American Athletic Conference Swimmer of the Week, league officials announced Tuesday.

The SMU Classic featured three top-15 teams in No. 8 Louisville, No. 10 Virginia and No. 11 USC, and produced the nation’s fastest time in 12 events.

Podmanikova won the 200-yard breaststroke (2:09.57), while placing second in the 100-yard distance (59.68), posting times in both that currently rank second in the NCAA this season. Both times are under the B standard for the 2019 NCAA Division I Swimming and Diving Championships.

In addition to her standout breaststroke performances, Podmanikova also placed third in the 50-yard freestyle Consolation Final, posting a personal-best 23.12. She was also fourth in the 200-yard individual medley (2:02.25) and helped the Mustangs’ 400-yard medley relay team to a fourth place finish.

Podmanikova ranks second on SMU’s all-time performer list in the 200 breaststroke, third in the 100 distance and fifth in the 200 IM. Her personal-best 2:09.29, 200 breast posted at the 2018 AAC Championships is also a facility record at the Robson & Lindley Aquatics Center.