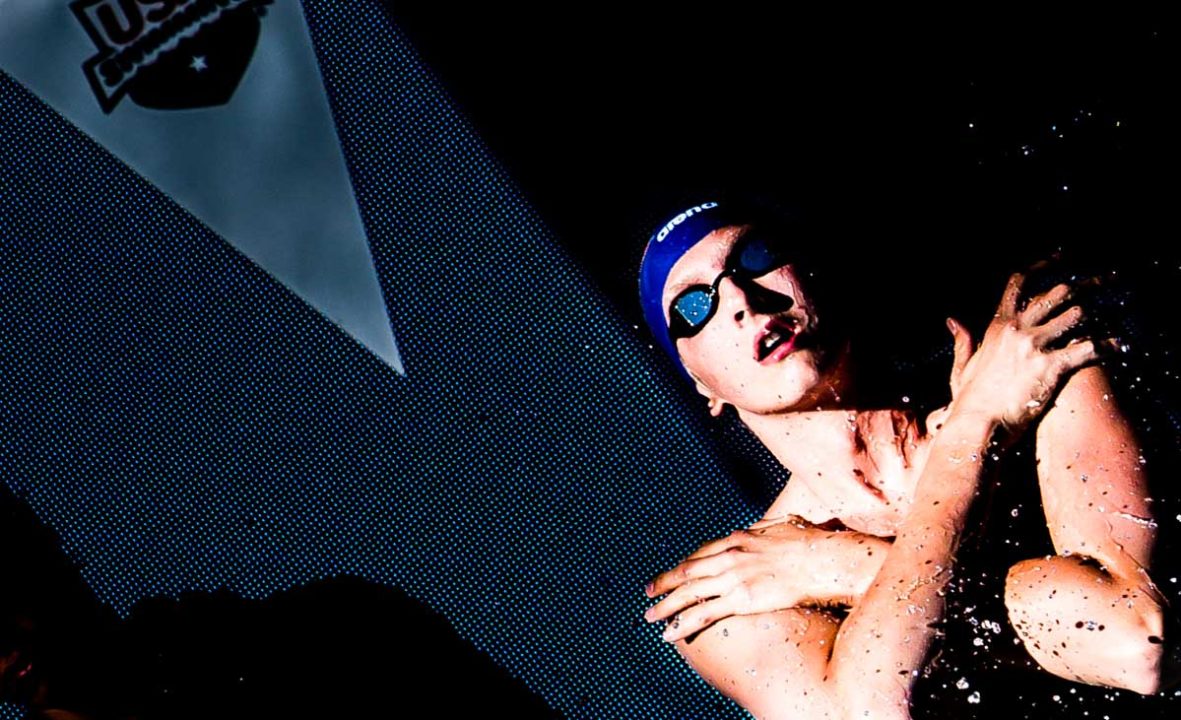 Florida's Kieran Smith (above) and Texas A&M's Shaine Casas both scratched events they were seeded to win easily on Thursday at the SEC Championships. Archive photo via Jack Spitser/Spitser Photography

With the first real choice of his SEC Championships schedule to make so far, Texas A&M’s star junior Shaine Casas has opted for the 100 fly over the 100 back and 400 IM on Thursday.

Casas is ranked 3rd in the country so far this season in the 100 fly with a best time of 44.98, behind only Texas senior Alvin Jiang and Georgia senior Camden Murphy, who will also swim the race on Thursday. Murphy’s season-best time is 44.89.

Also not far behind the two veterans is Georgia freshman Luca Urlando (45.10).

Casas is the fastest swimmer in the country in the 100 back this season by a whopping 1.25 seconds thanks to a mid-season 43.87. In that 100 back, the event that has him on the U.S. National Team, the top seed after his scratch is Georgia’s Javier Acevedo in 45.29.

The 100 back would’ve been a much safer bet to win for Casas on Thursday, and while beating the Georgia butterfliers would be a psychological win for the Aggies in what is still a very competitive team battle, Acevedo is now by-far the front-runner for the same Georgia team in the 100 back. The #2 seed, his teammate Ian Grum, has a season-best of 46.48 – 1.2 seconds behind Acevedo.

This move feels more about getting Casas a championship opportunity to swim both the fly and backstroke races this season, moreso than an obvious points decision.

The 400 IM was Casas’ other pre-scratch entry for day 3 of the meet. He’s the 2nd-fastest swimmer in the NCAA this season in that event, though with Florida’s Kieran Smith lurking, and having just tied his own NCAA Record in the 500 on Wednesday, that race was no given either.

Remember that the Aggies have used Casas on all 3 relays so far in the meet, so they’ll have to leave him off either the 400 medley or 400 free relay to end the meet.

OK boy VOLS time to step up and compete like MAN VOLS…you aint wearing a beaver-tail hat!!! Those are official Davey Crocket Coonskin Caps! You can pass UGA if you want it!

Why is anybody surprised Casas would scratch the 4IM? It’s a one-off training event for him, I’d be willing to bet he doesn’t train for that kind of race one bit.

4
-1
Reply
SwimFani
Reply to  JP input is too short

will be fun to watch him “fly”

Nooo Shaine why? You just cancelled the match-up of the meet…
I really wanted to see Casas and Smith race the 400 IM.

After what he did on the relay last night, I’d watch out for Adam Chaney in the 100 back.

he already went 1:29.4, he’s most likely shifting to focus on the 200 at NCAA’s and doesn’t need to swim it another 2 times. Although all of us would surely like to see him swim it again. Kinda similar to what Dean did at NCAA’s in 2019

I know right… I bet he does 200 free at NCAA’s though, I would guess that Florida coaches think that Smith would be more valuable for the team battle in the 400 IM versus 200 free where they have Freeman.

Honestly that was pretty predictable. He did the same last year (while he actually had something to prove). he already has the qualifying time and still probably wants to swim the 400 IM. He will probably swim the 200 free at NCAA tho.