Small But Mighty British Squad Ready To Race In Copenhagen 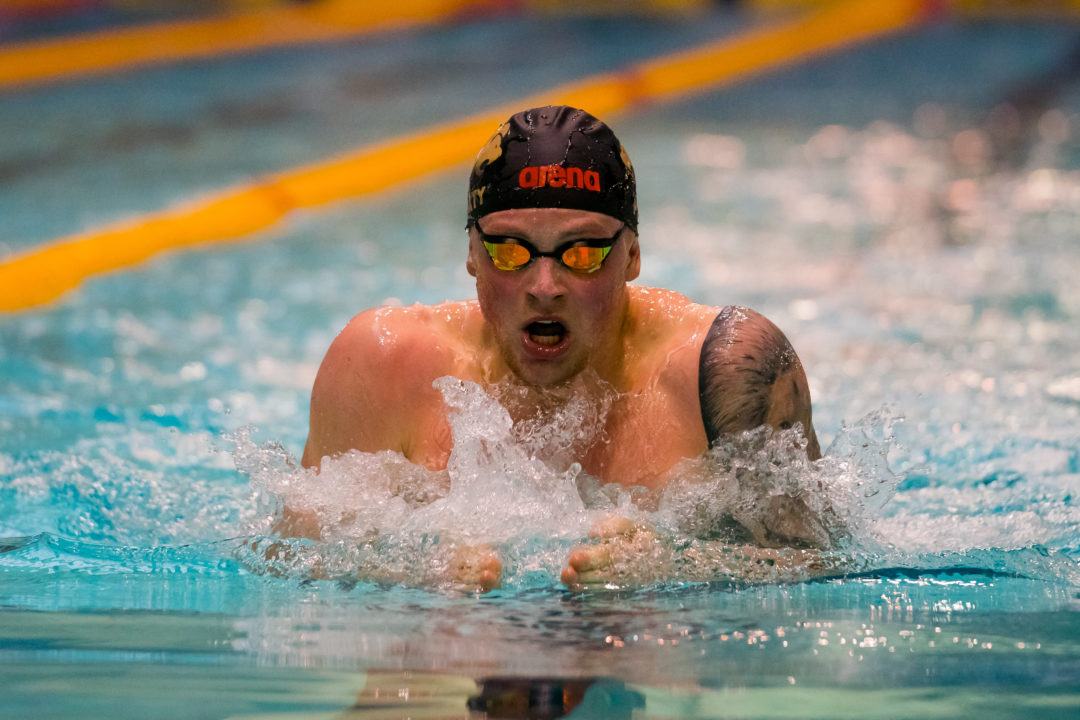 The Copenhagen-bound British squad is small, but stacked with the likes of Peaty, Proud and Anderson. Archive photo via Ben Blackall, 2017 Manchester Int'l Swim Meet

A small but mighty 9-person British squad is headed to Copenhagen to compete at the 2017 European Short Course Championships, which kick-off tomorrow. Originally, the roster included Scottish national record holder Kathleen Dawson, however, the Stirling athlete dropped out at the last minute due to illness, according to British Swimming.

The line-up still includes one of the most dangerous swimming weapons in the world in Adam Peaty, albeit in his rarely-raced short course arena. He’s joined by fellow Olympic teammate Duncan Scott who is entered in a monster schedule including 100/200/400 free, 200 fly, and the 200/400 IM.

Teen butterfly specialist Emily Large will look for intense international racing experience, as will Ellesmere sprinter Freya Anderson. Anderson surprised some by making it all the way to the semi-final of a very stacked 100m freestyle field at this summer’s World Championships before taking the World Junior title in the same event in Indianapolis.

Several key athletes from England such as James Guy and Siobhan Marie O’Connor will instead be competing at the Swim England Winter Championships, which begin on Thursday in Sheffield.

Head Coach for the European-bound squad, Tim Jones, said of the British talent ready to take to the international stage, “We are low on numbers but high in quality. We travelled yesterday and everyone is in good spirits.

“For the transitional swimmers this will be a very different experience to competitions at home that often take place in a purpose built pool. This temporary pool has been specifically built just for this event, and will offer a completely different arena experience.

“The lights, the visuals, the music and the crowd are all different to that in a purpose built pool. It’s not just swimming, it’s theatre and entertainment.”

The team in Copenhagen is made up of:

Beyond Large and Anderson, curious to see Greenslade’s swims, considering her recent improvements in 200 back and free.

I agree, she is actually the British swimmer I most look forward to seeing – Great potential.

Does anyone know how to view outside the USA? The LEN site is not much help, sad to say.