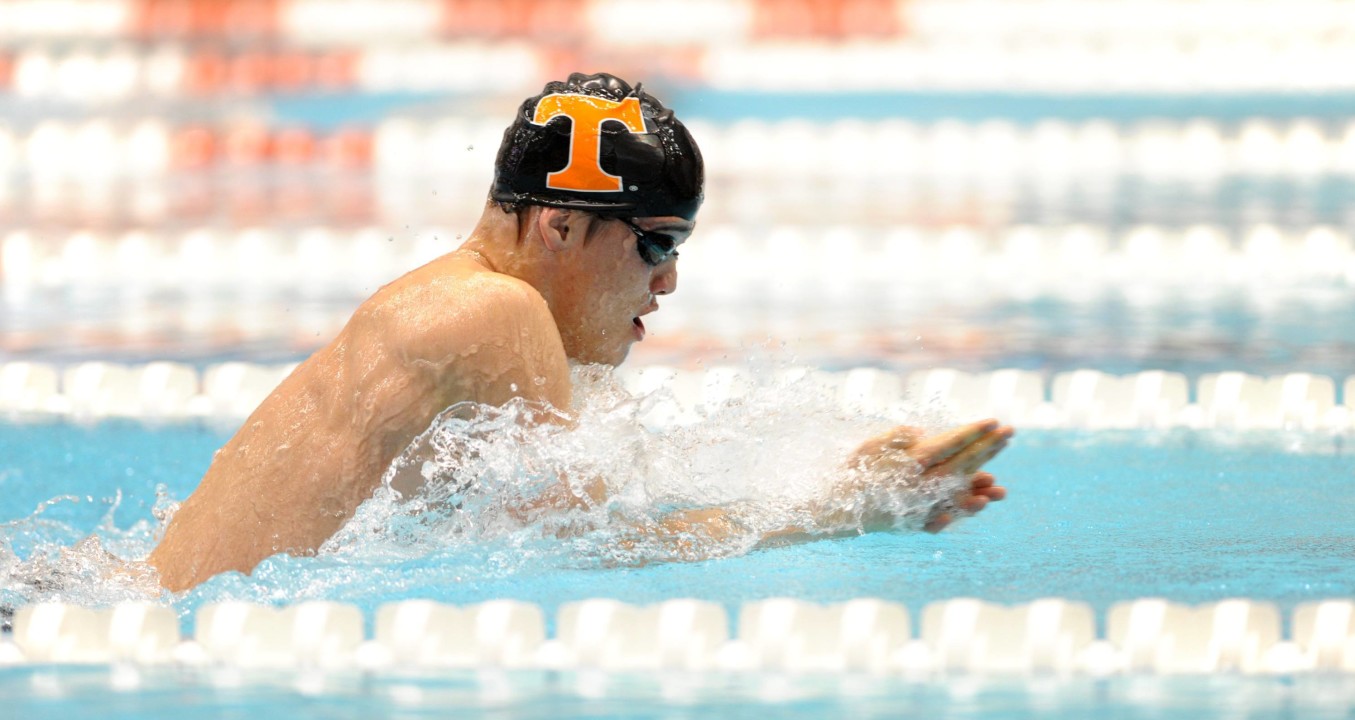 Slovenian Peter Stevens, who currently swims for Tennessee in the NCAA, earned the right to compete in tonight’s semi-finals with his swim-off victory over Vsevolod Zanko and Arno Kamminga. The three initially tied for 16th in the prelims, clocking identical times of 27.39.

The swim-off saw Stevens way out in front right from the start, but the two others began to reel him in. Stevens managed to fend them off, touching in 27.38 to book a ticket to the semis.

It was very close at the end, with Zanko just 0.03 back in 27.41. Kamminga was another 0.03 back of Zanko in 27.44, equalling the previous Dutch record that he broke with his prelim swim.

Two years ago in Kazan Stevens also made it through to the 50 breast semis, tying for 12th in 27.50. He has a few international medals to his name, winning silver at both the 2016 European and 2016 Short Course World Championships in this event.