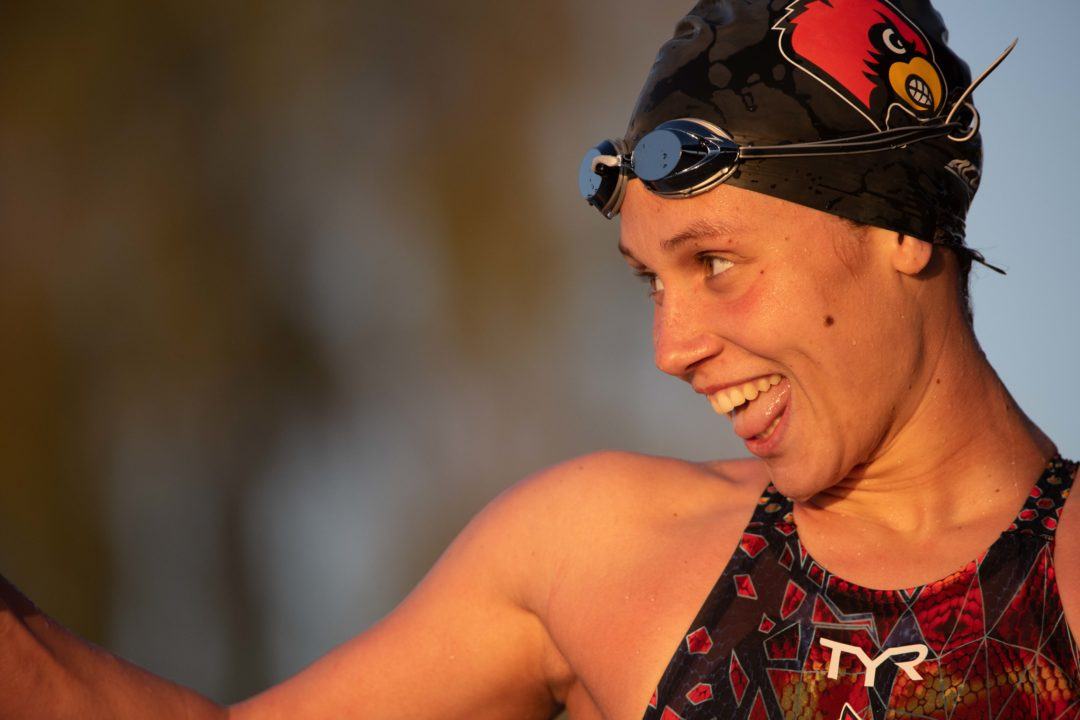 Mallory Comerford and the Louisville women have achieved an NCAA 'A' cut in four out of five relays. Archive photo via Mike Lewis/Ola Vista Photography

Earlier today we looked at the number of swimmers who hit an NCAA ‘A’ cut over the weekend during the first slate of mid-season invite meets, where 12 new names assured themselves of a spot at the NCAA Championships in March (for a total of 21).

In addition to that, there are now fourteen teams – six women’s and eight men’s – who have locked in an auto standard in at least one relay. Prior to last weekend’s invites, only the Louisville women had hit an ‘A’ cut in the 400 medley relay.

Take a look at the teams with automatic standards below:

Louisville leads the women’s teams with ‘A’ cuts in four of the five relays, only missing the 4×200 free, while the Stanford women have achieved the cut in all three free relays.

On the men’s side, Indiana has four, only missing the 4×50 medley, and then NC State, Alabama and Mizzou trail with three.

Below find all the relays with provisional times that have also made at least one ‘A’ cut in a different event.