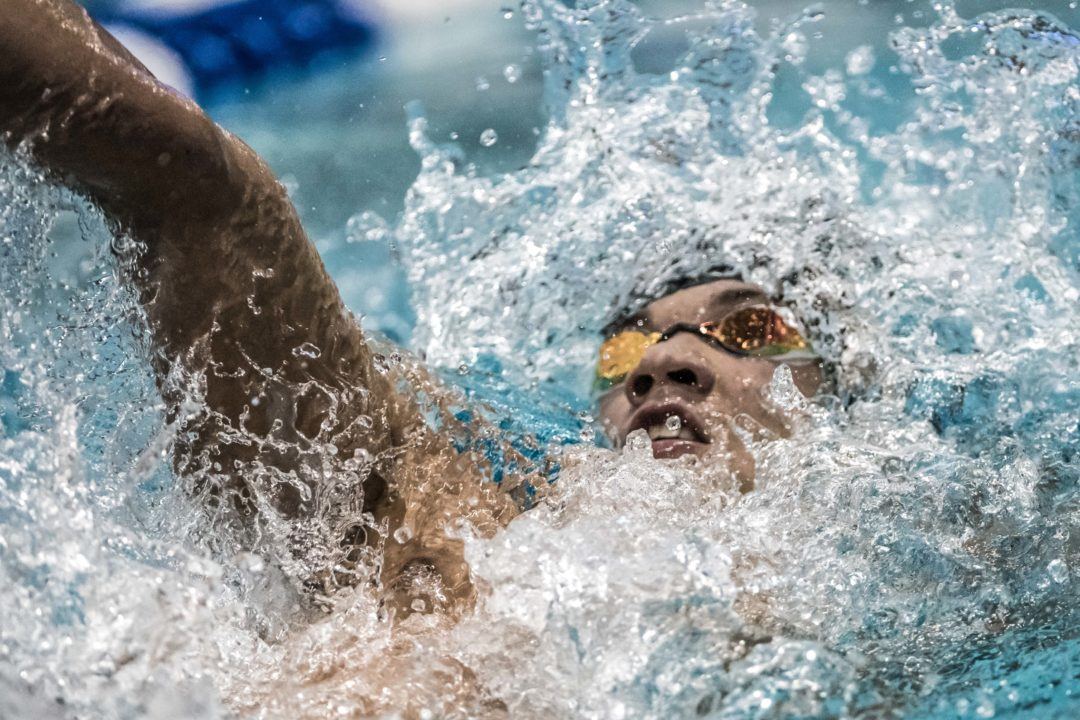 Metin Aydin, who just finished his senior season at the University of Hawaii, broke a Turkish national record in the 200 IM at the 2019 Turkish National Team Selection Meet. Archive photo via Mike Lewis/Ola Vista Photography

Breaststroke specialist Berkay Ömer Ögretir earned two national records, lowering his own mark in the 200 and getting his name up for the first time in the 100. Ögretir won the 200 on day three of the meet with a swift 2:11.09, taking a decent chunk off his former national record of 2:12.97 set in the same pool back in February.

Ögretir took over six tenths of a second off his former lifetime best in the 100 breast to miss out on cracking 1:00 by the slimmest of margins. His winning time of 1:00.00 still netted him the national record, which was formerly held by Hüseyin Emre Sakci at 1:00.45.

Aydin just finished his senior season at Hawaii, capping off his season as a three time champion at the 2019 Mountain Pacific Sports Federation Championships. Aydin is an All-American Honorable Mention, as he finished 11th in the 200 back at the 2018 NCAA Division I Championsips with a 1:39.59.