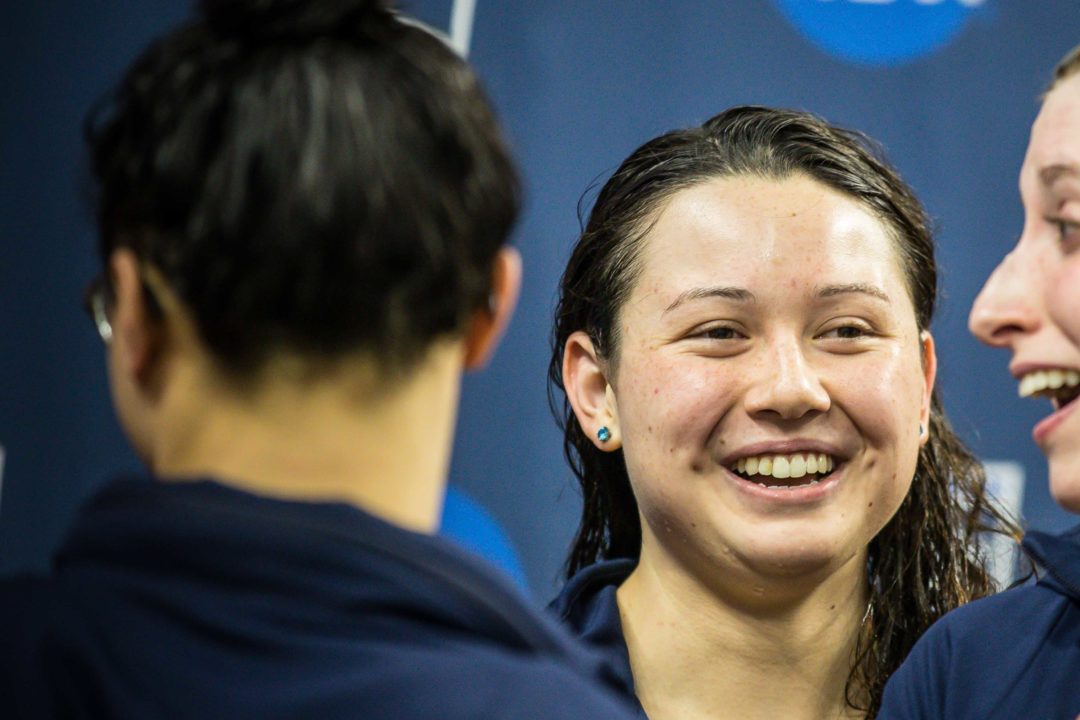 Haughey re-broke National Records in the 50, 100, and 200 meter freestyles after doing the same last weekend in Indianapolis, and added the 50 breast too. Current photo via Jack Spitser/Spitser Photography

Siobhan Haughey of the DC Trident has broken 3 Hong Kong National Records for the 2nd-straight weekend while racing in the International Swimming League’s inaugural season.

Haughey re-broke all 3 freestyle records that she set last weekend, in the short course meters 50 , 100, and 200-meter freestyles, this weekend. She also added a new National Record in the 50 breaststroke. Last week in Indianapolis, she took out the Hong Kong Record in the 200 IM.

Then, in the first round of the 3-round shootout-style ‘skins’ race, Haughey swam 24.14, which likewise easily broke her record of 24.46 from last week’s skins opening round. She was only 24.83 in the semi-final, which put her 4th. Had she repeated her 24.1, she would have easily advanced to the final.

Haughey was actually just 8th in the individual 50 free in 24.89, and was three-quarters of a second better in the skins race in spite of swimming shortly after splitting 51.6 on the Trident’s 4th-place 400 free relay. Last week, Haughey was 5th in the opening round of the skins race.

On Saturday, Haughey also broke the 200 free Hong Kong Record, knocking almost a second off her swim from last weekend. She’s reduced that record by almost 4 seconds over the last 2 weeks. Her 1:52.01 on Saturday also broke Rikako Ikee’s Asian Record of 1:52.64.

For icing, even though it’s not a primary event, Haughey also took down the Hong Kong record in the 50 breaststroke. She swam 30.05 in the event this weekend, which broke Yvette Kong’s old Hong Kong record of 30.84.

Haughey ranked 6th in Naples in the MVP standings, responsible for 33 points under the ISL MVP scoring system.

Haughey trains in the United States as a post-grad at the University of Michigan, and is one of only 2 Asians who have committed to race in the first season of the ISL.

She also broke the HK record in the 50 breast at Naples, and the 200 IM mark in Indy.

she is rising so well recently ,,, great for her

I’ll just put it out there – podium pick for Tokyo.

Vote Up7-1Vote Down Reply
Swimmer A

For some reason I thought she was Canadian.