Singapore World Cup Preview and All the Links You Need 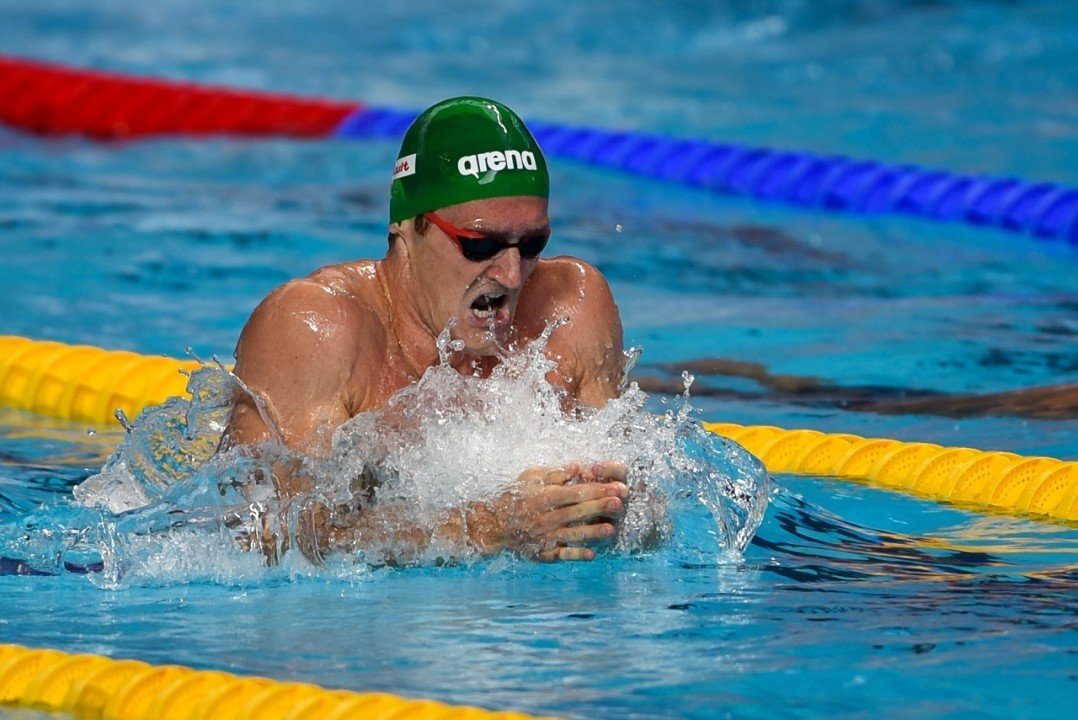 van der Burgh will have a much bigger challenge for gold in Singapore as American Kevin Cordes will be in the mix. Cordes finished last year ranked fourth in the 50 breaststroke and third in the 200 breaststroke.

In Beijing Sakai won the 100 and 200 butterfly as well as the 1500 freestyle. The Japanese swimmer also finished fourth in the 400 freestyle, but hit the wall only 36 one-hundredths of a second behind Australian Daniel Smith who won the event.

Two of the most exciting races in Beijing were courtesy of Australians Cate Campbell and Bronte Campbell. After taking World Championship gold in both the 50 and 100 freestyle Bronte has returned only a few months later posting some very fast results. The only thing is that older sister Cate has topped her in both events.

In Singapore the two sisters should once again provide excitement in the sprint freestyle events.

Seebohm Goes for the Sweep

World Champion Emily Seebohm of Australia will attempt to do something she couldn’t in Beijing, sweep all three backstroke events. Seebohm took the 100 and 200 backstroke, but finished second to Fu Yuanhui of China in the 50.

In Singapore she will still face tough competition from the likes of Hungarian Katinka Hosszu and American Missy Franklin in all three events, but will not have to contend with Fu in the 50 backstroke as the Chinese swimmer is not entered in the event.