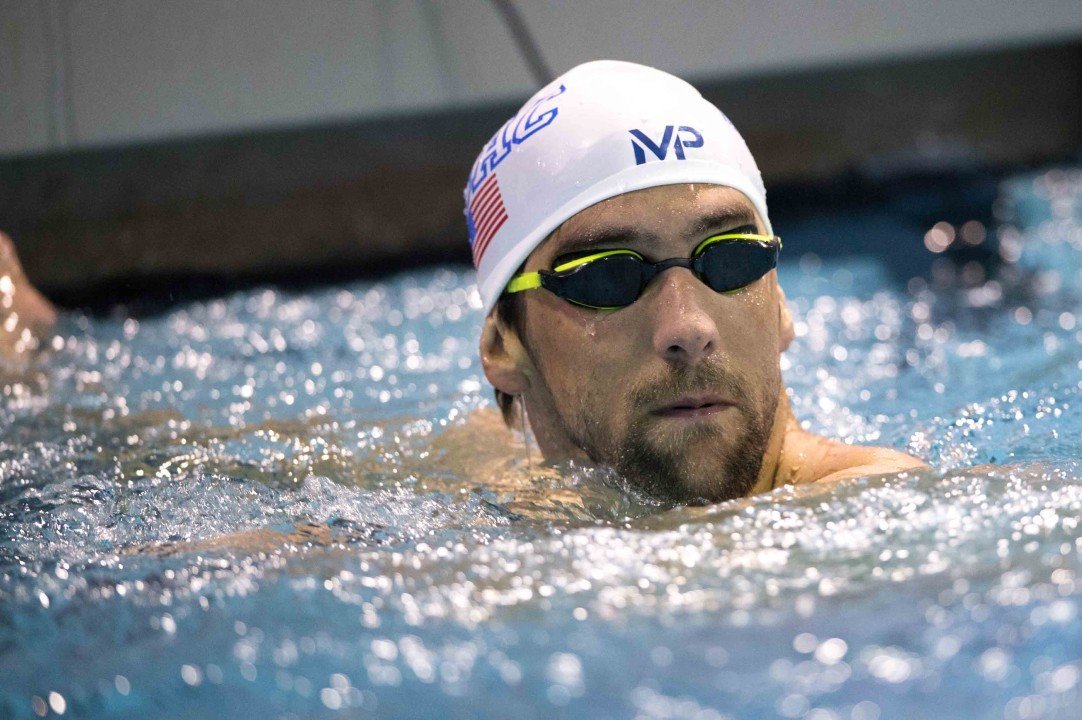 Phelps comments on the one-year anniversary of his 2nd DUI arrest, which occurred on September 29, 2014. Archive photo via Mike Lewis/Ola Vista Photography

In the aftermath of 22-time Olympic medalist Michael Phelps’ impressive performance at this summer’s U.S. Nationals, where he earned 3 individual titles, each in a world-number-one-ranking time, it’s easy to overlook another milestone for the 30 year-old icon.

This week marks the one-year anniversary of the September 29, 2014 date, the unfortunate night on which Phelps was arrested on drunk driving charges, his 2nd arrest of the same offense within a 10-year span.  A lot has changed in the 12 months since that event, including Phelps’ 6-month suspension from competitive swimming, his absence from the 2015 World Championships roster and, on a high note, his engagement to Nicole Johnson, which was announced in February.

Phelps took to Instagram to mark the year anniversary of his arrest, posting a message reflecting perhaps the maturity and wisdom the 18-time Olympic gold medalist has banked over this past year.

This day a year ago I found myself in a dark hole.. At this point in my life today I can’t be happier !!! My life today with my fiancée and my career is better than I could ever imagined. Going through the thing I have gone through in the last year have changed my outlook on life.

As of this morning, Phelps’ sentiment has over 21,000 ‘likes’ and has received enormous fan support to the tune of 200+ comments.  “Good for you. That’s an inspiration to those who swim and those who don’t. Way to go. Keep up the good work. Everyone is entitled to one mistake in their life. Correcting the problem is beyond awesome”, reads one response to the post.

“We are all standing by your side, supporting you, and accepting you as a person ! Just keep fighting and let your work be reflected of who u are! No limits in the way to succeed, right MP” is another.

In addition to his medal haul and world-topping times in San Antonio this summer, Phelps recently announced his endorsement deal with Baltimore-based 800razors.com.

Phelps is hard at work in Tempe with the rest of coach Bob Bowman’s training group as he prepares for a potentially history-making 5th Olympic Games.

I sincerely wish him all the best and hope the self destructive behavior stays all in the past.