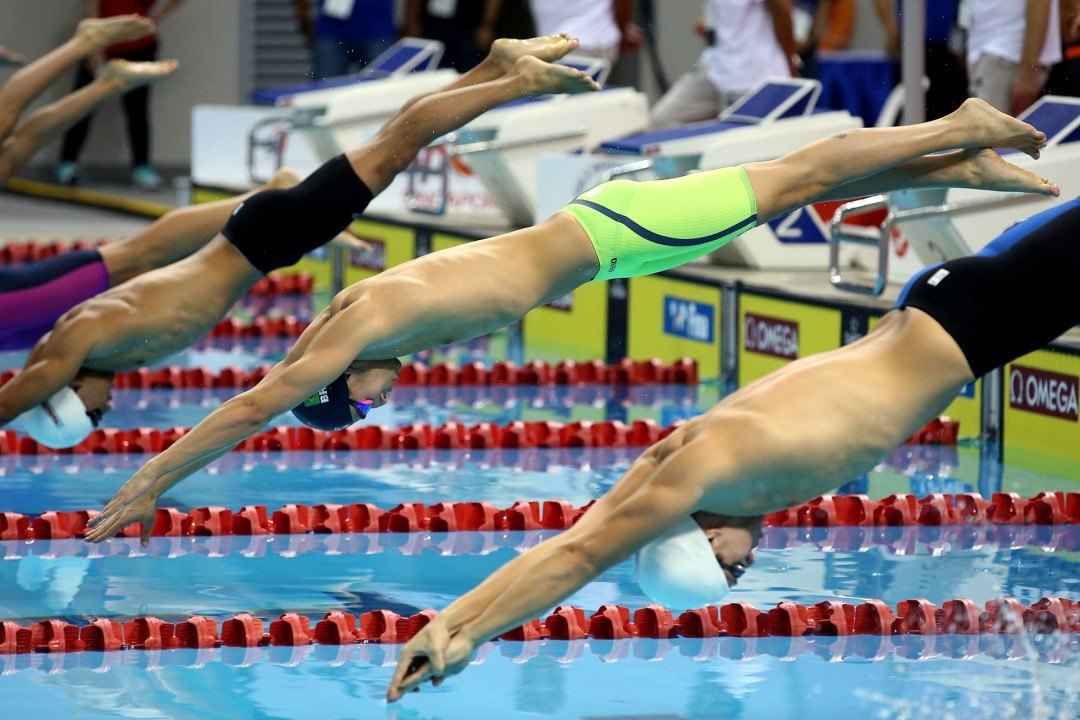 The Singapore Swimming Association has cancelled its leg of the 2020 FINA World Swimming Cup, making this year's series the smallest ever. Archive photo via Satiro Sodre/SSPress

The 2020 FINA Swimming World Cup Series continues to shrink in terms of the number of stops as the Singapore Swimming Association announced the cancellation of its leg of the annual event.

Originally scheduled to be held from September 4th to September 6th at the OCBC Aquatic Centre, the Singapore stop has been cancelled by the SSA, in consultation with FINA, due to the continued health concerns posed by the coronavirus pandemic.

Per the SSA’s announcement, ‘The event attracts more than 6000 spectators and nearly 200 international swimmers every year. The current COVID-19 situation prohibits mass gatherings and has restrictions on worldwide travel. Thus, it is unattainable to hold the event this year as people’s safety takes precedence.’

Singapore was set to represent the first stop in a 6-meet series that would have been the second-smallest in World Cup history, after only the 2009 World Cup that had 5 stops.

However, as we reported earlier this month, the nation of China announced that it will not stage most of its scheduled international sports events for the remainder of 2020. At the time we reached out to FINA to confirm this decision affected the 2nd stop in Jinan, but did not receive a response.

As such, if the 2020 FINA World Cup Series continues, it would most likely include just 4 stops, making this year’s circuit the smallest-ever.

SSA President Lee Kok Choy stated, “Following discussions with FINA and Sport Singapore, we have decided to cancel the FINA Swimming World Cup this year. The health and safety of the fans, athletes and everyone involved in the running of the event is our highest priority and we are supportive of the nation’s effort to minimise the transmission of the COVID-19 and protect our people. We are hoping that the situation will get better and looking forward to hosting the event next year. To all our swimmers, officials and fans – stay safe and keep swimming.”

FINA President Julio Maglione said: “2020 has been a very challenging year worldwide and Aquatics is no exception to this difficult situation. Always in close co-operation with SSA, we believe this is the most appropriate decision in light of the COVID-19 pandemic. FINA is well aware of the issues faced by aquatics athletes around the world, and their safety and well-being is of utmost concern and importance. We look forward to returning to Singapore in 2021.”

At the time of publishing, the nation of Singapore, which has a population of over 5.5 million, has had 50,369 coronavirus cases reported, resulting in 27 deaths.