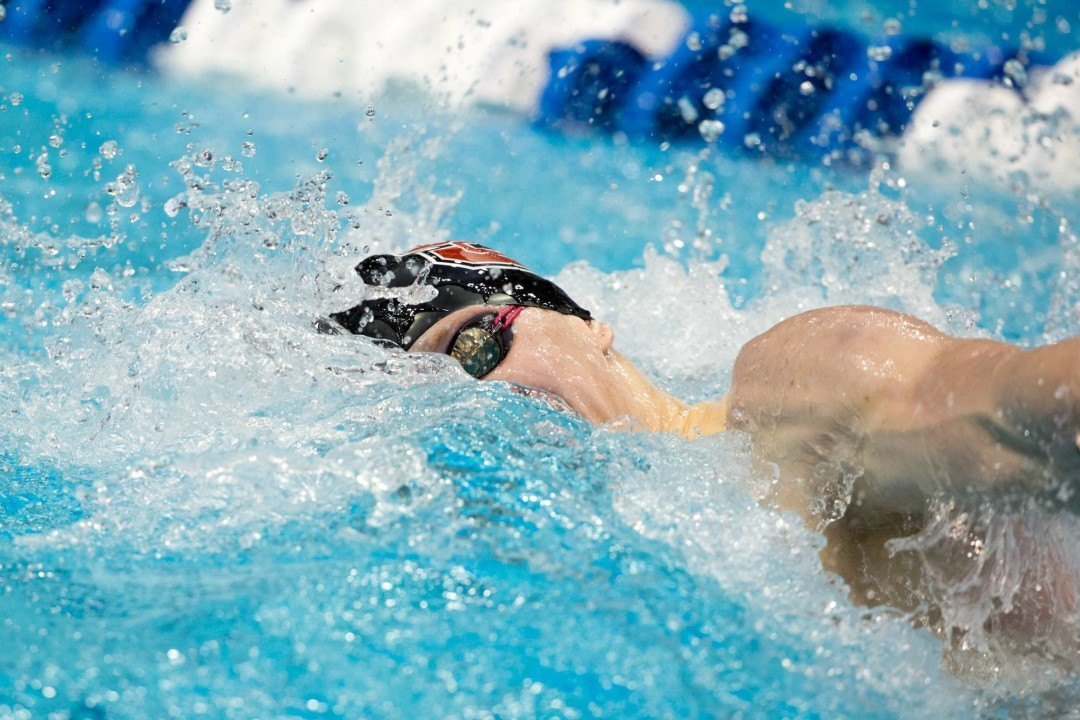 Simonas Bilis broke his own Lithuanian Record to win a swim-off and advance to tomorrow's 50 free final at the European Championships in 21.70. Archive photo via Tim Binning/TheSwimPictures.com

After tying for 8th in the semi-finals of the men’s 50 free, both clocking 22.04, Ukrainian Andrii Govorov and Lithuanian Simonas Bilis squared off in a swim-off for the final spot in tomorrow night’s final.

Govorov had been quicker in the prelims at 21.95, while Bilis barely even got into the semis with his morning swim of 22.42. However, in the swim-off it was Bilis who got his hand on the wall first, touching in 21.70 to eclipse his Lithuanian National Record of 21.71 set at the 2016 Olympic Games. Govorov had his fastest swim since those Rio Games in 21.74, but ends up on the outside looking in and won’t advance to the final.

Had the two of them done those times in the semis, they would have safely advanced into the final in 6th and 7th overall.

The 50 free at the European Championships has proven to be one of the fastest fields in history, with Ben Proud breaking the textile world record (21.11), Andrea Vergani taking out the Italian Record (21.37), Vlad Morozov tying the Russian Record (21.44), and Kristian Gkolomeev eclipsing his Greek Record (21.52) all in the semi-finals.

With Bilis advancing, the final will now feature five men coming off breaking or tying their National Record, and the three other finalists Pawel Juraszek (POL), Ari-Pekka Liukkonen (FIN) and Jesse Puts (NED) all hold their respective National Records as well.