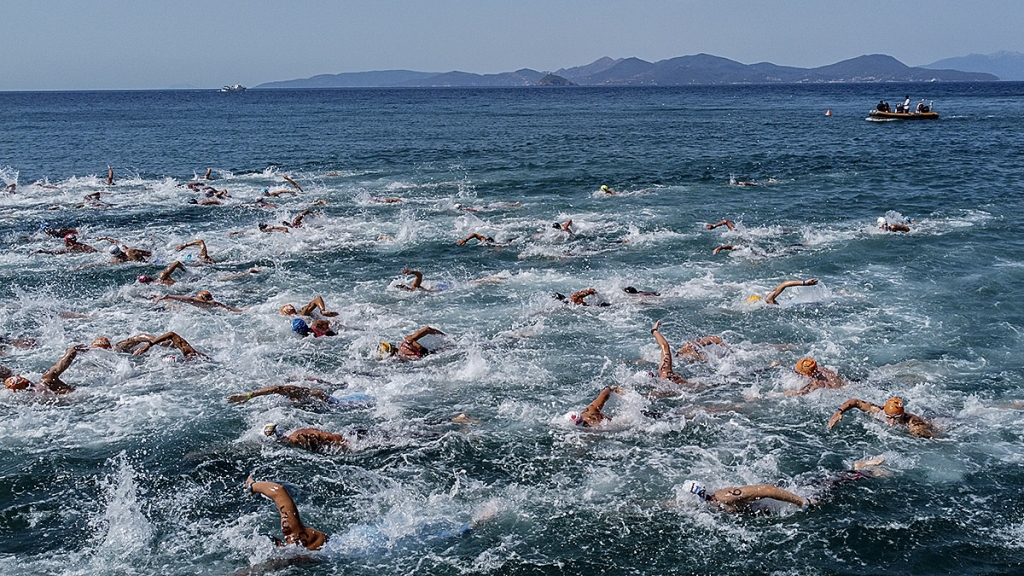 Shehab Allam, a swimmer and coach from Dubai, has broken the Guiness World Record for the longest swim wearing handcuffs by swimming over 11km continuously. Stock photo via Andrea Masini Deepbluemedia

Shehab Allam, a swimmer and coach from Dubai, has broken the Guiness World Record for the longest swim wearing handcuffs by swimming over 11km (6.8 miles) continuously with the cuffs on.

With his swim, Allam broke the record previously held by American Ben Katzman, who set the old record by swimming 8.6km (5.3 miles) in a Virginia swimming pool in February 2022.

Notably, the 31 year-old Allam did not opt to complete his swim in a pool, instead using a marked area of approximately 164 yards in the Arabian Gulf, swimming laps between two buoys. During his attempt, he had an official with him to ensure his recorded distance was accurate.

According to Allam, he hit the 50 lap mark, surpassing the previous record, and made it his goal to hit 70 laps to surpass 11km. He told The National, “At 50 laps I realized I had gone past the record, so kept going. I hit the 10km mark and then felt good so kept on swimming until I had done 70 laps — so it was more than 11km in the end.”

“It feels amazing to be a Guinness Record holder, this is my biggest achievement — and was a longer swim than the Dubai Canal,” said Allam.

This was not Allam’s first attempt at a record-breaking swim, as he previously became the first person to ever swim the length of the 25km Dubai Canal back in 2020.

Of both of his swims, Allam said, “Being In the record books makes me feel like a superhero, and I want to stay there.” He plans to take an attempt at breaking the World Record for the furthest swim in handcuffs and leg chains next, which is currently held by Dolphin Ratheesh, who swam 10km wearing both devices back in November 2020.

So is he basically swimming a modified breaststroke? Is he just laying on his back and frog kicking? I need to see video.

Don’t give these coaches any ideas…

Should have done this at Alcatraz.

“Dolphin” is an oddly fitting name for someone swimming with handcuffs and leg chains.

Would have been a great prank if the guys from cops filmed him getting arrested at the finish line.

I guess if it’s not drowning it’s swimming…

No one asked for details about his personal life.

What about that is personal??

I think the comment was trying to be funny. Handcuffs …

Who thought of this world record??
I wonder what odd and quirky swim records exist.
Time to check Guinness!