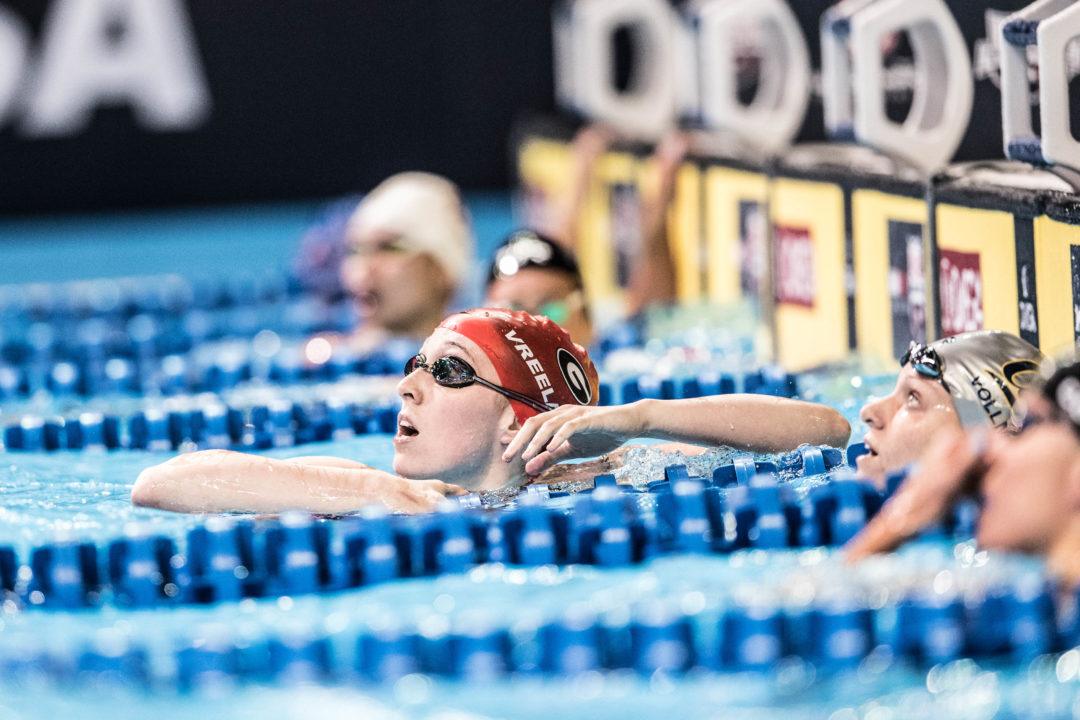 Shannon Vreeland has retired from swimming and will be attending law school at Vanderbilt in the fall. Current photo via Mike Lewis/Ola Vista Photography

Olympic gold medalist Shannon Vreeland of the Athens Bulldogs and the University of Georgia has hung up her goggles after swimming her last race Thursday night.

In the fall, Vreeland will be attending Vanderbilt Law School in Nashville, Tennessee. She graduated from Georgia in 2014 with degrees in international affairs and economics.

“The plan was always to retire after this summer, retirement just came a little sooner than I’d hoped,” she told SwimSwam earlier today. “If I’m going to do something, I want to give it 100%, and even though I still love swimming and probably won’t stay out of the water for too long, I’m starting law school at Vanderbilt in August and that’ll be the area I’ll be directing all my focus now. I’m disappointed in my meet, but I’m happy with my career and so proud of all of the UGA swimmers who will be representing in Rio!”

Vreeland made it through to semifinals of the 100 and 200 free this week.

Congratulations on a wonderful career. It has been a joy watching you compete over the past 16 years…..from the KC Blazers to the Olympic Gold….what a dream come true for you! Good luck in law school!
Lorei Rowe

And also a part of the American Record and gold medal-winning 4×100 free relay at the 2013 World Champs! Kudos.

Shannon, Thanks for representing USA to the best of your ability! I hope your future is filled with love, laughter and happiness!

1000% agreed. Thanks and nothing but the best in your future.