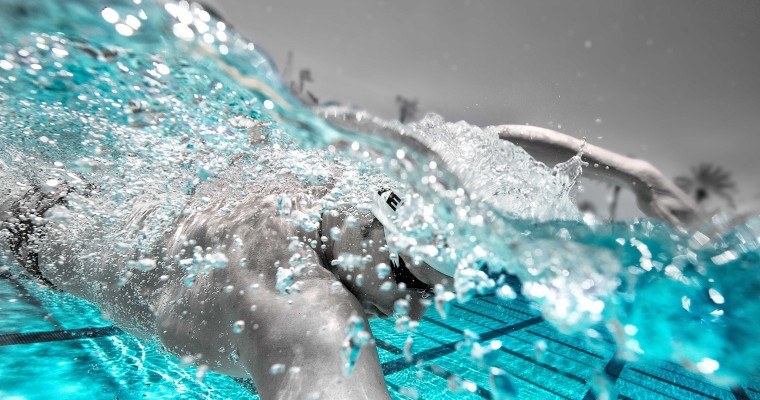 Rob Sleamaker is known in the swimming community as the founder of Vasa, Inc., the company behind the Vasa Trainer and Vasa Swim Erg, widely used around the world. Recently, Rob has been on a mission that has less to do with innovative swim training and more to do with saving lives. Current photo via Mike Lewis/Ola Vista Photography

Rob Sleamaker is known by many in the swimming community as the founder of Vasa, Inc., the company behind the Vasa Trainer and Vasa Swim Erg, widely used in the United States and around the world. Recently, Rob has been on a mission that has less to do with innovative swim training and more to do with saving lives.

In August, Rob’s neighbor and friend lost his 27-year-old son, who drowned during a spearfishing dive in the Bahamas. The cause: shallow water blackout, occurring from a combination of hyperventilation and prolonged breath-holding underwater. As it turns out, shallow water blackout does not affect divers alone. There have also been multiple incidents – and deaths – in the competitive swimming world as well.

JG: You’re the face of Vasa, the makers of such well-known and respected swimming equipment as the Swim Erg and the Trainer. But you’ve also recently become passionate about the issue of shallow water blackout, a topic that is gaining increased attention lately. First of all, what exactly is shallow water blackout and why does it demand our attention?

RS: Shallow water blackout (SWB) is when a person faints while swimming underwater due to prolonged breath-holding. Anything from a breath-holding contest underwater, to a free diving session, to a hypoxic training set could lead to shallow water blackout. According to the Aquatic Safety Research Group, when oxygen levels decrease faster than carbon dioxide levels can rise, our brain’s breathing reflex is suppressed, so the swimmer doesn’t realize that he or she needs to surface for air. As a result, the swimmer loses consciousness underwater. If the swimmer isn’t rescued right away, death can occur.

If a swimmer dies from shallow water blackout, it is generally ruled to be a drowning. This ruling masks the root cause of the drowning: hyperventilation combined with sustained breath holding. Swimmers, free divers, and spearfishers are all susceptible to SWB regardless of ability, health, or age, whether in swimming pools or open water.

This type of tragedy deserves our attention because it’s preventable. Many people are unaware of what shallow water blackout is or why it happens, whether it’s the general public, coaches, swimmers or parents. I’ve been associated with competitive swimming for 25 years and had never heard about shallow water blackout until my friend and neighbor lost his son to this tragedy in August.

We often associate drowning with an inability to swim, a rip current or other ocean condition, or a boating accident, for example. How many times have we held breath-holding contests in our backyard pool, or pushed ourselves to the limit during a hypoxic training set without even a thought that what we were doing could be dangerous? And yet, this is precisely how shallow water blackout occurs. It can strike anyone, whether an age-grouper or an elite athlete – and it deserves our attention due to its potentially disastrous consequences. By providing sufficient education on shallow water blackout, we can also ensure that steps are taken to prevent it from ever occurring. I urge every organization, coach, athlete and parent associated with competitive and recreational swimming to learn about SWB and spread the word.

JG: How did you first hear about shallow water blackout and what made you decide to become involved in raising awareness about this deadly phenomenon?

RS: In August 2014, my friend and neighbor tragically lost his 27-year-old son to shallow water blackout while spearfishing in the Bahamas. Ben was an experienced scuba instructor, free diver and spear fisherman. On that day, he had made one more dive, alone, and never came up. He blacked out and drowned in seven feet of water while his diving buddy was aboard their boat, completely unaware of what was unfolding.

In his grief, my friend began an awareness campaign on shallow water blackout and told me about a website on shallow water blackout prevention. On the web site, there is a link to a CNN news video with Sanjay Gupta, M.D. and Rhonda Milner, M.D., who is the founder of the Shallow Water Blackout Prevention website. I watched the video and learned that SWB is easily preventable if people understand the dangers.

Three weeks later, while attending the ASCA World Clinic in Jacksonville, Florida, an incredible coincidence occurred. As I rode in the hotel elevator, I began talking with a very nice couple, and after some discussion, realized that the woman was Dr. Rhonda Milner from the CNN interview I had watched. She had come to the ASCA conference to find a way to educate swim coaches about this preventable tragedy. As she informed me, it does happen in competitive swimming more often than one might think. The death of one of Bob Bowman’s swimmers due to shallow water blackout during a solo pool swim two years ago is just one example.

I mentioned my friend’s story and found out that Dr. Milner had already been in contact with him. Call it Divine intervention or the Universe collaborating, but this “chance meeting” was meant to happen and it inspired me to make a promise to my friend and to Dr. Milner that I would do everything in my power to increase awareness and education throughout the competitive swimming world about Shallow Water Blackout Prevention.

JG: Has there been any coverage in the media or in the swimming world about the issue and is it enough?

JG: What initiatives will you be taking to educate and inform the global swimming community about shallow water blackout?

RS: I am privileged to have an extensive network of contacts in swim coaching and competitive swimming these past 25 years. I plan to advance awareness and education about this extremely important and preventable tragedy by leveraging that network. I encourage anyone reading this to share it with as many people as possible through their social media channels, word of mouth, email, etc.

JG: What message do you want to convey about shallow water blackout prevention?

RS: It’s clear that with proper education, and by making informed, positive shifts in current training methods, the tragedies associated with shallow water blackout can be reduced dramatically, if not eliminated completely. If these efforts manage to save lives, then we have achieved something of value that no words could ever describe.

I would like to relate to the expert panel a fainting incident that I experienced during an open water race 3 years ago which remains undiagnosed. I was 39yrs old at the time competing in a 1 mile ocean swim in approx 60degree water without a wetsuit in Oceanside CA. The race went well by all accounts. Despite tripping on the beach start, i gained ground on the pack and I was coming in to the beach on the final stretch near the front of my group, and felt strong so I went into my sprint so my heart rate was definitely up by now. The surf conditions were around 4 or 5 feet and a bit rough in the… Read more »