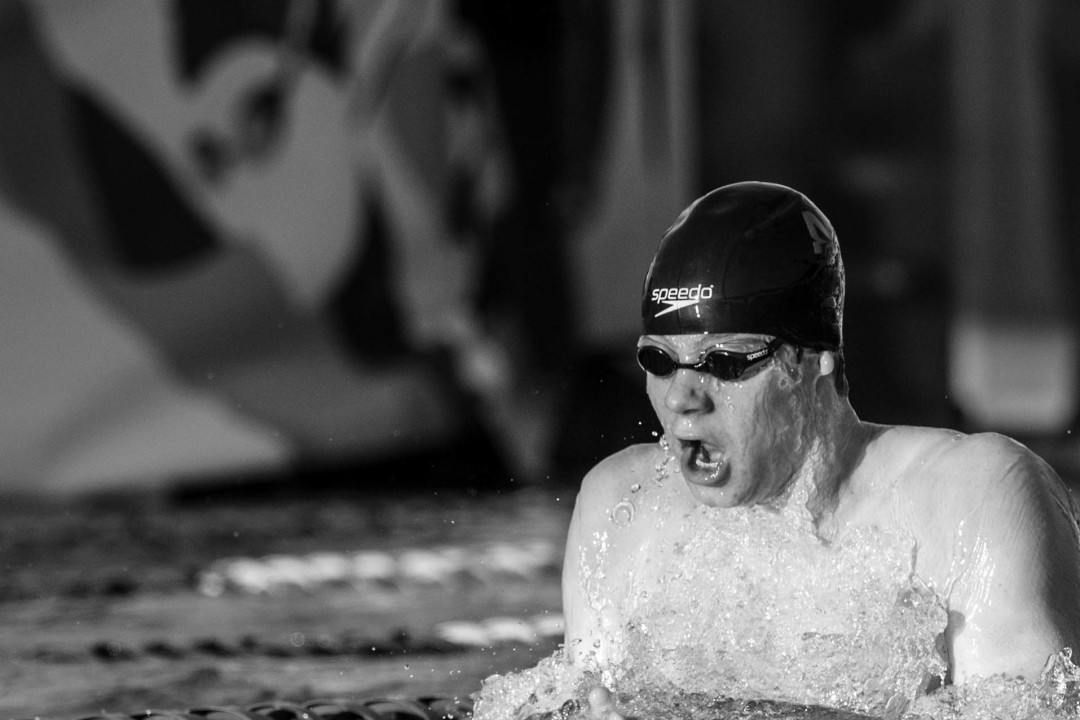 Sean Grieshop dropped a bunch of time in the 400 IM prelims, posting a 4:14.00 to take the World Junior Record from Brazil’s Brandonn Almeida by just seven hundredths. His old best was a 4:15.67.

He was absent from the 400 free prelims, however, where he was supposed to be in lane 9 in the fastest heat. Grieshop wasn’t a strong candidate to make the 400 free final, though he excels in all distance events.

Grieshop likely pulled out because of his stellar 400 IM swim, where he finish fifth in prelims to earn a spot in the 8-person final. He was seeded just 20th in the 400 free, and the chances of him making the 400 free final right after his 400 IM prelims performance wouldn’t have been great.

He will focus on the 400 IM final tonight, where he will battle some of the biggest names in swimming, including Ryan Lochte and Chase Kalisz. The top 2 make the Olympic team.

The record back in the US where it belongs 🙂