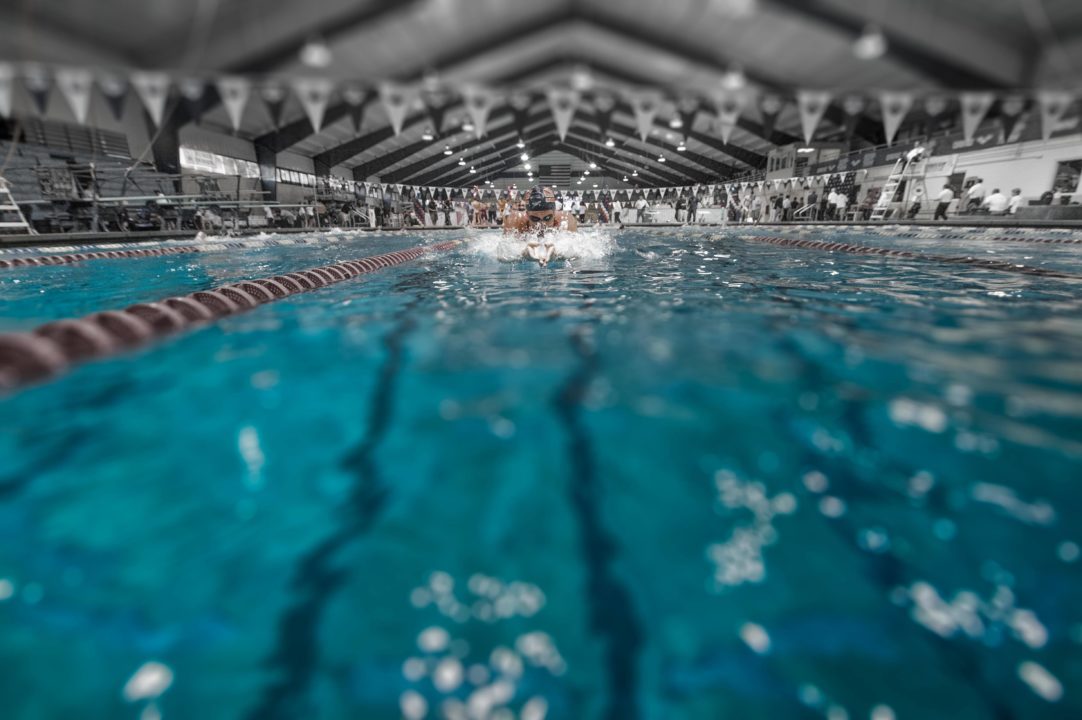 14 year-old Sean Green of the Long Island Aquatic Club knocked over eight seconds off of the previous NAG record in the 1650 tonight in Orlando. Archive photo via Mike Lewis/Ola Vista Photography

We were expecting to see some fast swimming this week in Orlando, and we have so far, but perhaps the most impressive time of the first day of racing didn’t come from a win.

Instead, 14 year-old Sean Green of the Long Island Aquatic Club demolished the 13-14 National Age Group record in the 1650 free with his third-place time of 15:05.83 tonight. Green touched behind a pair of 17 year-olds, Levi Sandidge (14:49.75) and Giovanni Linscheer (14:51.96) but otherwise Green finished ahead of every other swimmer in the field, almost of whom are older than he is.

With his swim tonight, Green broke the previous NAG record of 15:14.17, set by Arthur Frayler back in December of 2008. That was the oldest 13-14 boys NAG record on the books in yards, with no other records older than 2013.

The explosion of fast age group swimming over the last few years means that there aren’t many very old records left, but there are a few. One of the most notable ones is the equivalent long course event, the 1500m free. The 13-14 boys NAG record dates way back to 1976, and still held by the legendary Jesse Vassallo at 15:31.03.

Coming into today, Green’s fastest time in the 1650 was a 15:23.14, which he swam last December at the NCAP Invitational. To provide a little more context, Green went 15:53.62 at the 2021 NCSA Spring Championship, meaning that’s dropped almost 48 seconds in the last year.

Amazing swim. This kid must have an engine!

Magahey and Katz were Juniors EAST.

Haha I remember some invitationals where the 1500/1650 was the only event I was spared!

lol this isn’t about you, Drew

Congratulations to Sean on his NAG. That was a tough record to beat. His name will likely stay on the record books for a long time.

Yes congratulations to Sean and it was a very tough record to beat, however I think we will see what we see so often, once one person does it the floodgates open and others will pour thorough. Doesn’t take anything away from. Sean. He broke it first.

He turns 15 sometime within the next week

I am happy this record was broken. It seems to be a very weak event among the men. Especially when you get to the 13-14 and higher age groups

Has there been a non American that went faster than these NAG records?