Schmitt Chooses Stay at OTC Over Competition in Austin 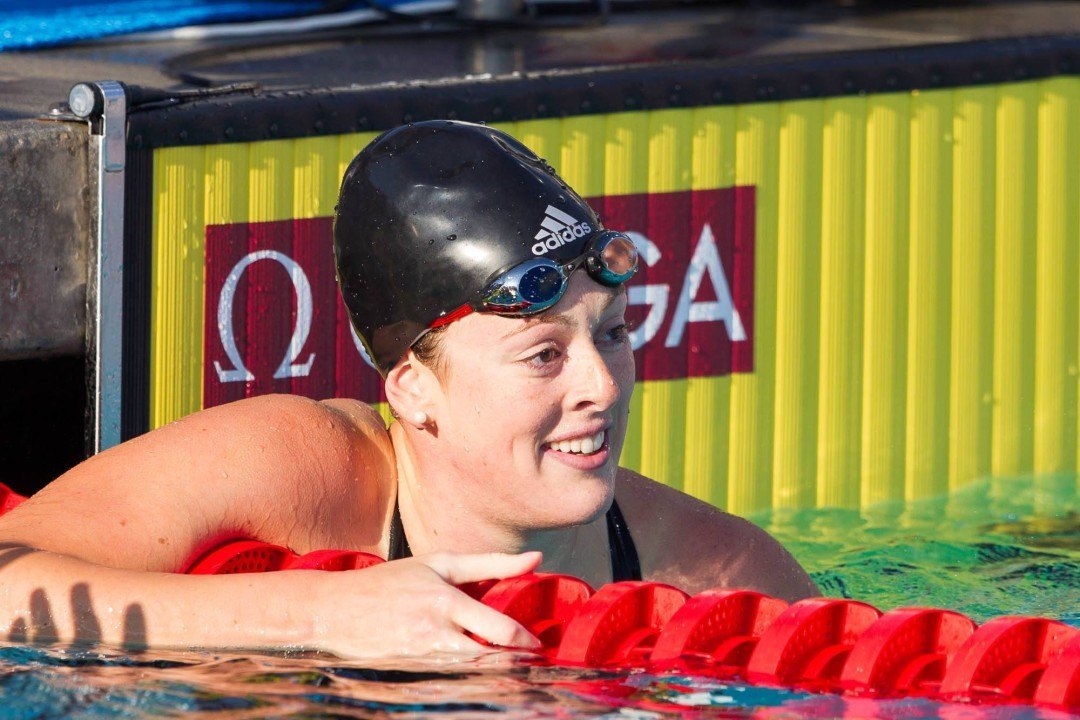 Allison Schmitt has decided to stay a few extra days at the Olympic Training Center in Colorado Springs, Colorado rather than travel with coach Bob Bowman and teammate Michael Phelps to the Arena Pro Series Swim in Austin, TX. She has scratched from the weekend’s meet, despite being entered to swim several events.

Last May, Schmitt opened up about her post-Olympic depression and talked about how it may have been the post Olympic blues that started her feeling upset but it just kept crashing down from there. This illness most likely interrupted her training at a consistent and high level.

This past fall, Schmitt was honored with a Golden Goggles Award, winning the perseverance award after her performances last season. Coming back from missing out on making both the 2013 and 2015 USA World Championship teams, she won the 200m freestyle at the 2015 Pan Am Games and set the meet record in the process.

She delivered a moving speech with standing ovation at Golden Goggles about her depression and how mental illness needs to be treated like any physical illness; her being so candid was a big step in removing the stigma that comes with mental illnesses in our society. She continues to speak out about the seriousness of mental illness and hopes that elite athletes will receive mental support the way they receive physical support at high levels.

Schmitt choosing to focus on her training right now will benefit her in the long run this Olympic year. As most swim fans know, the OTC is at altitude, which benefits an athlete’s aerobic capacity. The depth in the freestyle events at the Arena Pro Series in Austin, is also very good. Big names like Katie Ledecky, Missy Franklin, Leah Smith, Katinka Hosszu and Sarah Sjostrom all competing in the freestyle events. While Schmitt could have put up some good times this weekend, banking some good training right now must have been the better route for her and her coach Bowman in the long term.

—the stigma that comes with mental illnesses

“Comes with?” Like the stigma that “comes with” rape? You did not learn from that assertion?

Please, no one’s prejudice is someone else’s “stigma”. Constrain yourself from so saying.