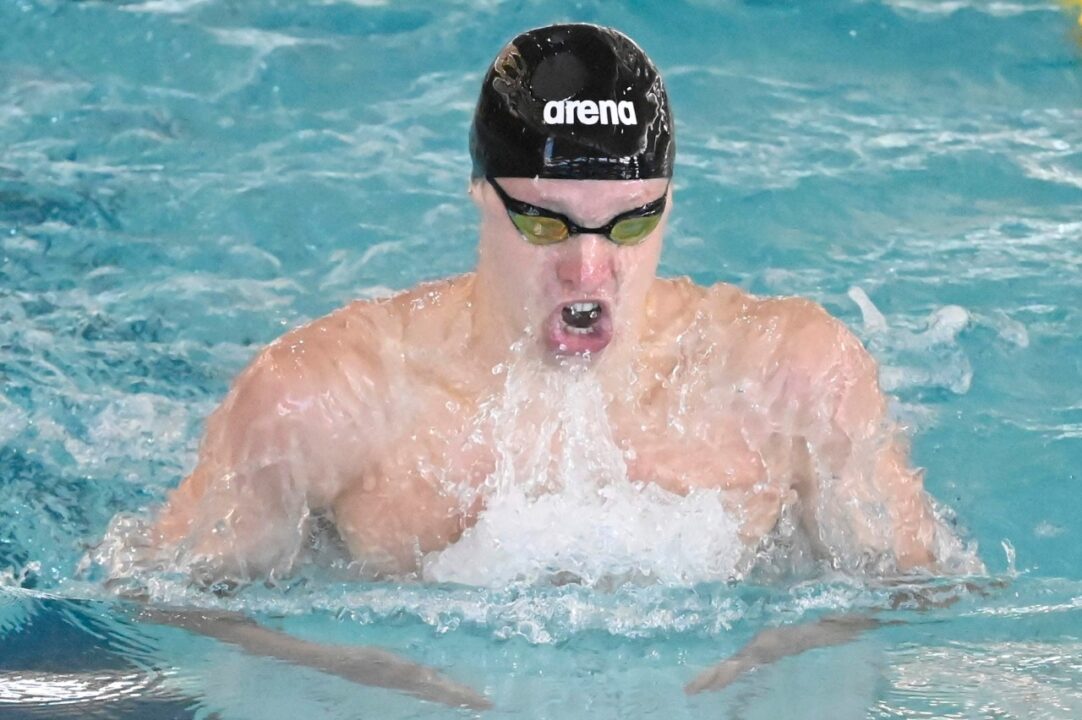 The final day of action at the 2022 South African Championships wrapped up with NCAA champion Matt Sates clinching his 4th individual title.

The 18-year-old Georgia Bulldog clocked a time of 1:58.73 to reap gold in the 200m IM, beating visiting British swimmer Max Litchfield. Litchfield, a two-time Olympic finalist in the 400m IM, touched in 1:59.96 as the other swimmer under the 2:00 mark.

Qualifying for Budapest with his victory swim, Sates said after the race, “I was more relaxed and more into the race so I was happy with the win.

“I went out a bit hard, a little bit excited but I’ll be ready for Commonwealths and Worlds so it’s going well.”

Also taking care of business was 17-year-old Pieter Coezte who notched a World Championships-qualifying time in a 200m back time trial. You can read more about that lifetime best-setting swim here.

On his new career-quickest time, Coetze said, “It was a bit faster than I expected because building up to these trials I did more sprint training for the 100 and the 50, so to get the 200 and to get it that comfortably was very nice.

Full list of qualifiers for the Commonwealth Games and World Championships

He is more of a short course swimmer. Hopefully during his time at Georgia he improves a lot in LC