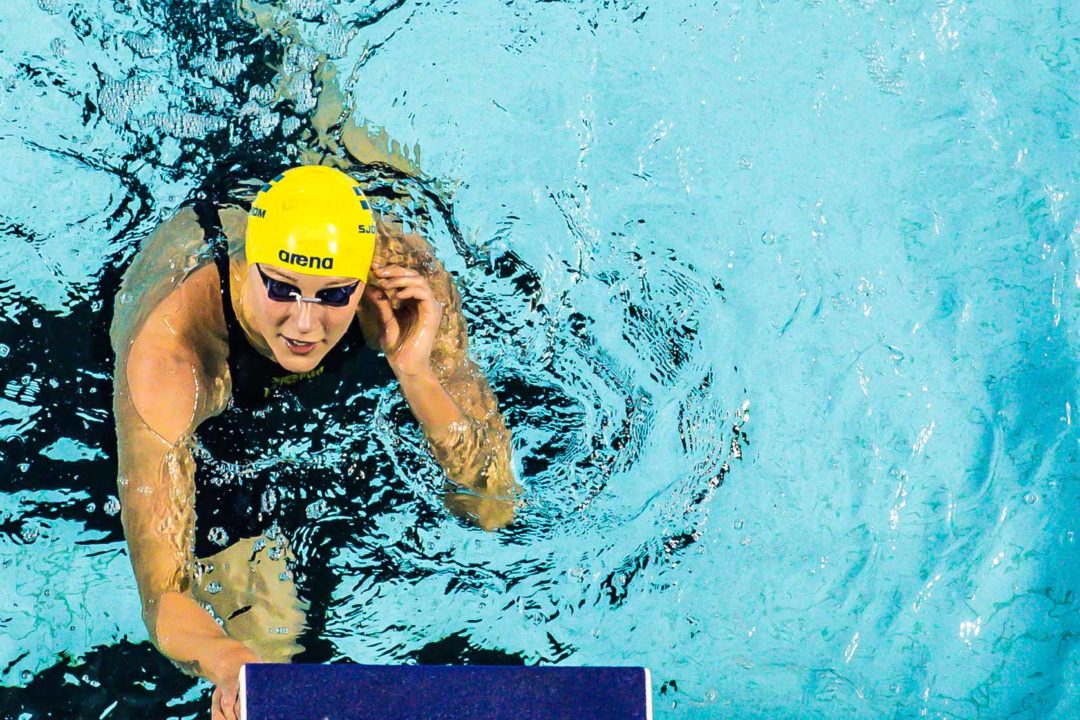 Four-time Olympic medalist Sarah Sjostrom broke the meet record in the 50 fly during the 2021 LEN European Short Course Championships, with her time of 24.50.

Sjostrom broke the record previously set by France’s Melanie Henique back in 2019, when she swam the event in 24.56. Sjostrom also swam a lifetime best in the event, which she hadn’t done since 2017, when she swam 24.52 at the Berlin FINA World Cup stop.

Her time is the fifth-fastest performance in the event ever, and she’s now the third-fastest performer behind Therese Alshammar and Ranomi Kromowidjojo.

Sjostrom’s swim also earned her the gold in the event, ahead of the Netherlands’ Maaike De Waard, who also clocked in under 25 seconds.

Sjostrom’s win in the 50 fly comes on the last day of a meet that has yielded numerous gold medals for the swimmer. She also won gold in the 100 fly, 50 free, and 100 free as well as bronze in the 100 IM.

This is also Sjostrom’s second time this meet breaking a meet record in a 50. Earlier in the competition, she broke the SC Euros record in the 50 free with her time of 23.12, which also happened to be the fourth-fastest swim ever.

Still slower than her LC record! 🙁

How big an impact could wind have had in that swim? Because it is honestly as bonkers as Biedermann’s 200 free WR OR Liu Zige’s 2fly.

Legitimately think that will become the longest standing WR in the history of the sport. Thought that the day it happened and I still do.

2nd Fastest women ever is still the old World Record holder – Therese Alshammar with her 25.07.
In Long Course Sarah has 34 out of the 41 fastest times ever.