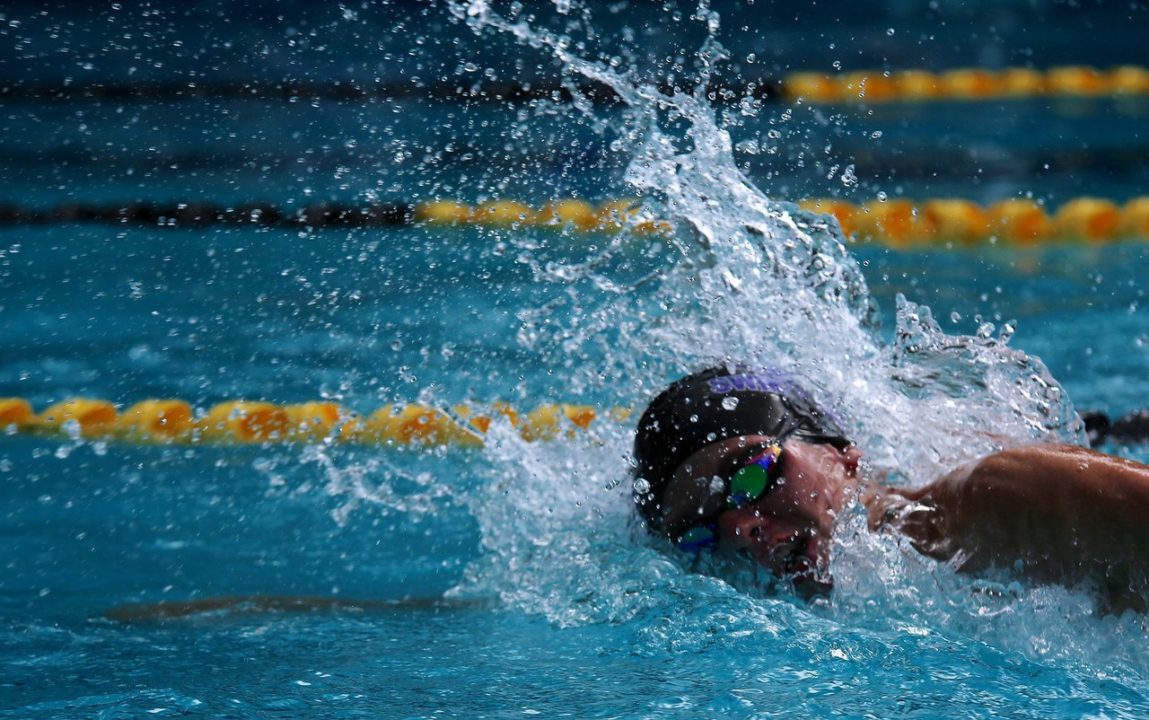 In California high school swimming, Santa Margarita ran away with both the boys and girls titles at the Trinity League Championships Friday night. Stock photo via Lester Rich/SwimTeamPics.com

In California high school swimming, Santa Margarita ran away with both the boys and girls titles at the Trinity League Championships Friday night.

On the girls side, Santa Margarita used depth to overcome a star-laden JSerra squad. JSerra was led by Kaitlyn Albertoli, who won a pair of titles within the first three individual races.

Albertoli went 1:47.76 to power away with the 200 freestyle, beating a pair of Santa Margarita swimmers. She then returned after just one event off to go 22.71 in the 50 free. That beat Santa Margarita stud Katie McLaughlin, who went 22.77 for runner-up honors.

McLaughlin won the 100 fly in dominating fashion, though, putting up a 53.29 that won by over three seconds.

JSerra’s other big swimmer was Katie Glavinovich, who won the 200 IM between Albertoli’s two wins to give JSerra three straight.

Santa Margarita had a lot of quality depth, including standout swims from Lizzy Devitt, Raquel Remick, and Emily Gibson! Next weeks CIF looks to be a battle!