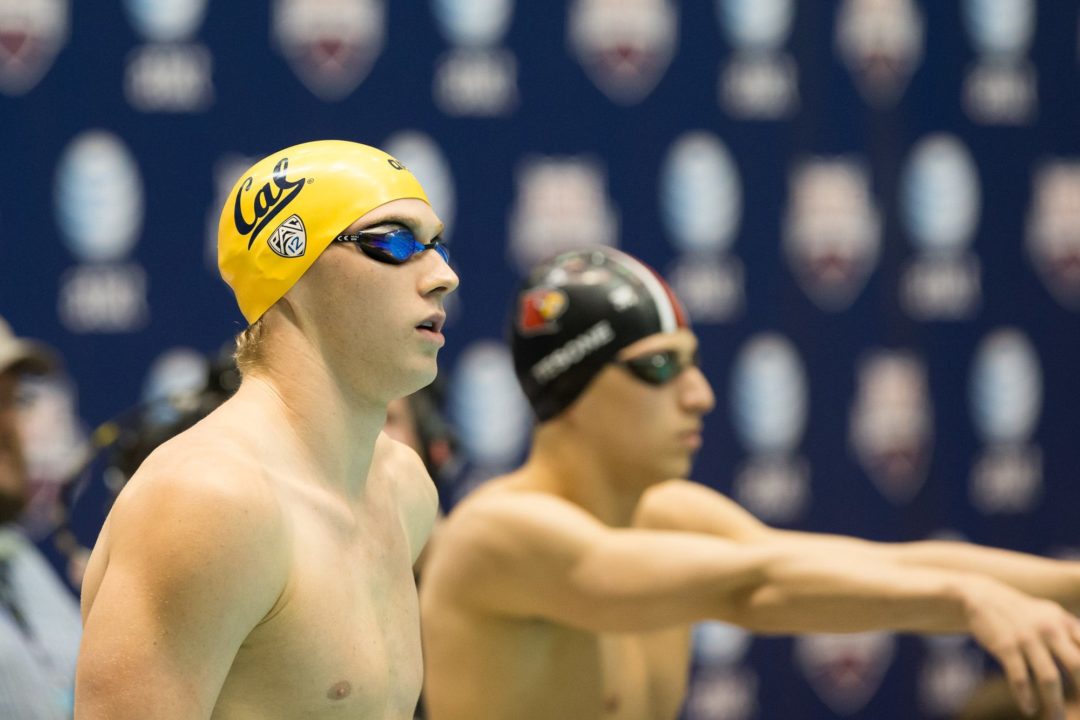 On the final day of the men's NCAA Championships in Austin, Ryan Murphy breaks his own pool and NAG record. Archive photo via Tim Binning/TheSwimPictures.com

During tonights finals, Cal Berkeley’s Murphy won the event with a 1:37.35!! He led the whole away, despite a close race through 175 with Indiana’s Eric Ress. Not only did he break the NAG and pool record, it will also stand as the new NCAA record as well. The points earned from this event win will be huge points for the team race between the Cal Bears and the Texas Longhorns.

Congrats!
I think his 100 back was more impressive but it’s still a great performance.
Now all for long course! It’s time for Ryan Murphy to dominate the world.