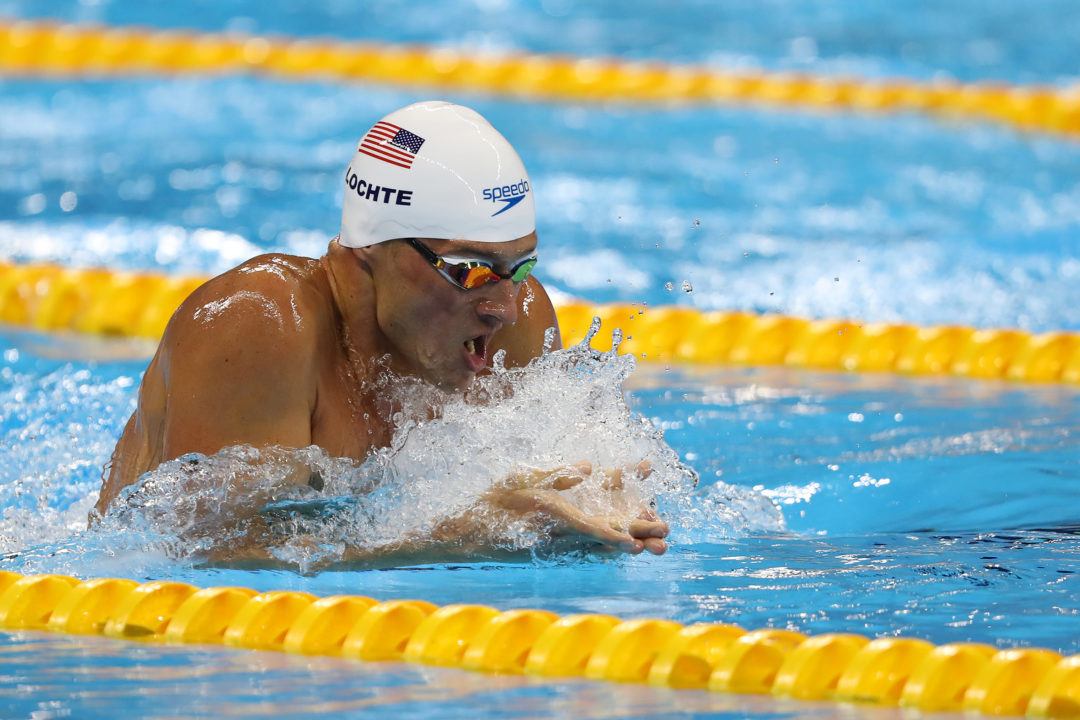 Ryan Lochte is expected to return to the pool this weekend, competing at the 2017 L.A. Invite. Archive photo via Simone Castrovillari

With American Olympian Ryan Lochte‘s 10-month suspension officially over, the 32-year-old is making his first USA Swimming race debut this weekend. The meet takes place within his new home state of California, as Lochte takes on local talent at the L.A. Invite slated for July 13th-16th on the University of Southern California campus.

While ineligible to swim at the 2017 U.S. Nationals and, thus, unable to qualify for the World Championships in Budapest, Lochte still got some post-Rio racing in by way of the United States Masters Swimming (USMS) National Championship meet last April.  Lochte swam away with multiple medals at the short course yards meet, including a new Masters National Record in the 100 IM.

Representing Trojan Swim Club this weekend, Lochte is expected to swim the 50m freestyle, 100m freestyle and 200m IM events. In the former, Lochte enters as the 8th seeded swimmer in a time of 23.35, while he sits atop the field in the latter events with entry times of 48.16 and 1:54.00, respectively.

The meet will serve as Lochte’s first long course meters test post-Rio, as well as several months removed from his former training home of Team Elite in Charlotte, North Carolina.  The L.A. Invite will also represent the 2nd most decorated Olympic swimmer’s first competition as a new dad, with he and his fiancée having welcomed son Caiden Zane Lochte on June 8th.

Trojan Swim Club’s Kendyl Stewart and Cal pro Tom Shields are also expected to swim this weekend, however, each with a minimal schedule. Stewart will take on the 100m freestyle and 200m IM, while Shields has entered just the 100m butterfly.

50 UW dolphin kick is my guess.

I remember when he first went to SwimMac and beat Cullen in a head-head 50 SCY free.