Ryan Lochte Says he Swam Too Soon After Injury 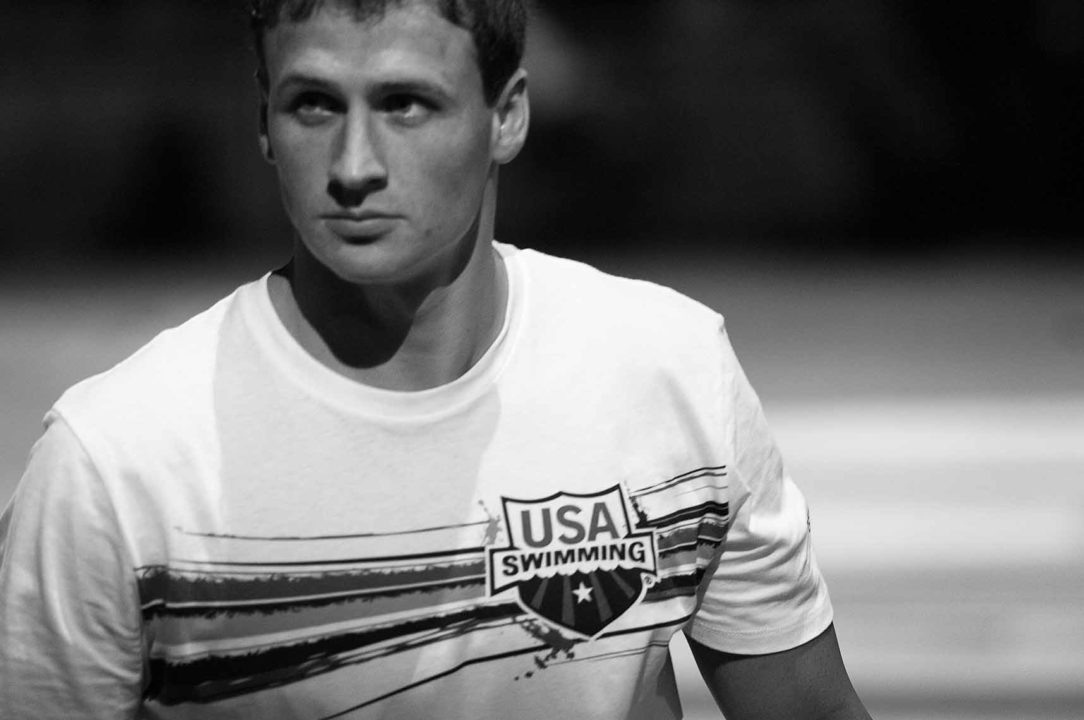 According to the Daytona Beach News-Journal, Ryan Lochte’s delayed flights that cost him the first two days of the 2014 Orlando Grand Prix a couple of weeks ago might have been a sign from a higher power.

“I got back in the water faster that what was expected,” said Lochte to the DBNJ. “The doctors still say that I should be more careful, and I said, ‘Ahh, I don’t want to listen to them, I want to get back in the water.’ It started feeling fine. Then when I raced in Orlando, I don’t know, something happened, something was wrong in my knee and it hurt, so I knew I pushed it too hard.”

He went on to tell his hometown paper that he felt pain in his knee after racing, so he knew something wasn’t quite right.

Lochte’s timetable for his return to racing was surprisingly moved up from late summer to February, and Lochte at now 29 years old might have overestimated his own ability to recover from that knee injury as quickly as he did from the last time he hurt his knee in 2010.

Lochte first hurt his knee on November 2nd in a freak fan run-in, where his publicist says a teenage girl jumped on him, and he wound up hitting his knee on a curb.

That injury happened on November 2nd. According to the University of California – San Francisco, “A grade 3 (MCL) tear usually takes from four to eight weeks to heal, unless it is associated with damage to the ACL, in which case the recovery time may be longer.”

After Lochte’s MCL tear and ACL sprain on November 2nd, he was back in the water just four weeks later – which is a shorter break than the doctor’s recommended timetable even in the case of a lower grade tear.

Hey, Ryan’s got money to make.

I really wish the gal who had jumped on him was punished (regardless of the circumstances), but that’s not Ryan’s way. She really belongs in jail.

I hope you are being sarcastic..

Jumping on someone and causing an injury which leads to loss of income and career opportunities? When a swimmer’s career is as short as it is? If the story is true, and regardless of whether Ryan was drunk, the girl belongs in jail.

You can’t just cause bodily injury to a stranger. A celeb, no less. What kind of trash children are they raising down in FL?

I tore my meniscus in my left knee in mid September last year and though I’m back competing now, my knee still isn’t at 100%. I’m not even practicing breaststroke kick yet because my orthopedist has concerns about that kind of motion for my knee. My timetable for back to full competition after my surgery was 4-6 months. Lochte needs to realize that resting his knee is what is best for his body. He doesn’t need to force it. Take it from someone who is still rehabilitating.

Is this not typical of Ryan Lochte though? I hope that Coach David Marsh and the rest of the Swimmac Team will be able to handle this whole situation.

This is so typical of Lochte .. LOL

You have obviously never had a major injury. I tore my acl and I wanted to swim so bad. Regardless it’s so painful to not be able to get in the water.

It’s definitely psychological isn’t it. The problem for Lochte now is if he’s not training well and doing the best for his injuries that he won’t have the base to be competitive in 2016. He may be fine this summer and maybe even next summer, but if he doesn’t do everything right for his body in his thirties, Hagino will get the last laugh

I don’t understand why athletes these days seem to be so concerned about coming back as early as possible. Take a little longer and let your body heal. Doctors typically know what they’re talking about and they give a timetable based on how long it should take.