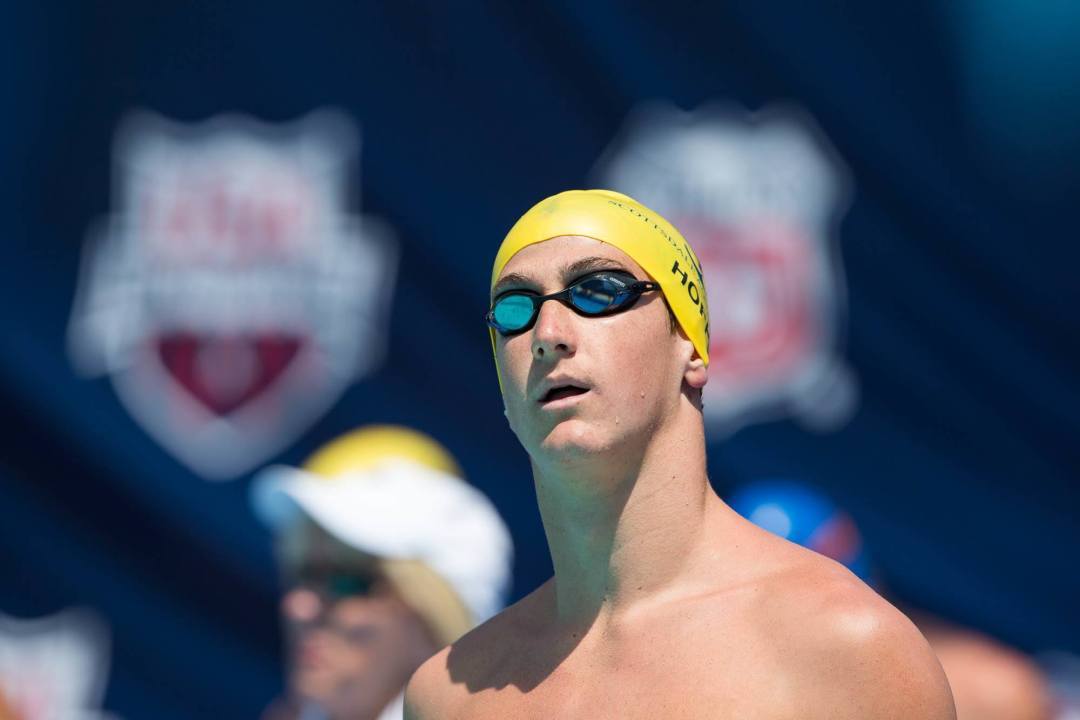 Ryan Hoffer has his fifth NAG record-breaking swim of Winter Juniors, going 42.67 to break his own 100 free mark on Saturday night. Archive photo via Tim Binning/TheSwimPictures.com 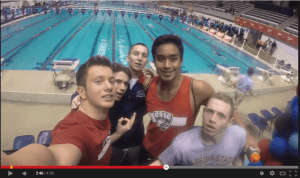 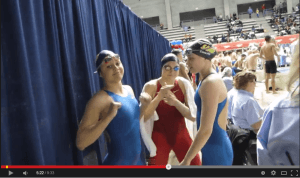 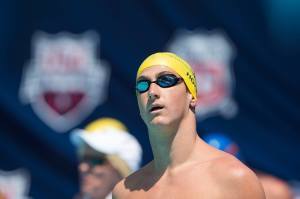 Ryan Hoffer has his fifth NAG record-breaking swim of Winter Juniors, going 42.67 to break his own 100 free mark on Saturday night.

The Scottsdale 16-year-old became the youngest swimmer to crack the 43-second barrier after swimming to a 43.05 in breaking the record this morning.

Hoffer broke, then re-broke the 50 free in prelims and finals Thursday night, added a 100 fly NAG on Friday night, and now broke the 100 free record twice on Saturday. But this swim, breaking his own record by nearly a half second, has to be one of the most impressive performances yet from the Arizona high schooler.

To put it into perspective, not only is Hoffer the fastest-ever 15-16 in the event by a longshot, he’s only three tenths of a second off of David Nolan‘s National Age Group record for 17-18s without even entering that age group yet.

Here’s a look at Hoffer’s splits compared to his morning swim:

Interestingly, Hoffer actually went out a tick slower at night, but parlayed that into a half-second improvement on his back half.