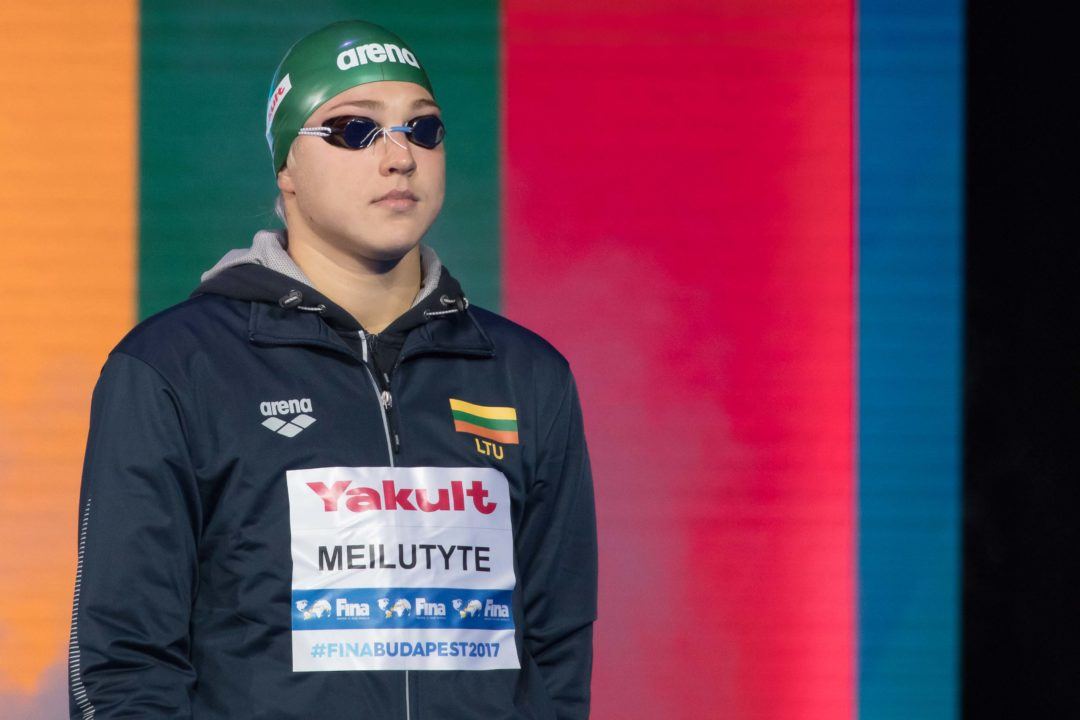 Ruta Meilutyte‘s former coach Dave Salo says that the Olympic gold medalist took a “leave from swimming” after the Short Course World Championships, and has not been training. He also says that “no one from WADA or USADA have come to our deck in the past six months, that I am aware, looking to test.”

This furthers reports that Meilutyte’s 3 missed doping tests may not have been in an attempt to avoid detection, but instead may have been connected to a break or total departure from the sport and disregard for the paperwork that goes along with that decision.

Indeed, Melitutye’s record shows no meet results since the Short Course World Championships in December, where she took a silver in the 50 breaststroke but was just 14th in the semi-finals of the 100 to miss out on the medal round. Before that meet, her prior results were at the European Championships in August, according to swimrankings.net: the most comprehensive European results database.

A year ago, Meilutyte said that she was battling severe depression that was driven in part by the pressure to continue her success after the 2012 Olympics.

I feel like it’s best we stop talking about her. At least not in this way. This kind of news can’t be helping her with whatever she is going through. Wish her the best.

Yeah swimswam y’all can chill a little bit.. this just makes things worse for her!

I think they are trying to make it better tho. It’s not usually the article that causes problems, it’s the comments. So they need to consider locking the comments section on some sensitive topics or when it involves young swimmers.

There was already an article about her situation once, I think that’s all they need to post unless there’s an update from HER.

Cant really blame a news site for reporting the news

exactly , some commentators just dont get that yet

If she doesn’t want to swim competitively at this age it is perfectly fine. There should be no drama. She isn’t alone with that. Plenty of examples. And it is only a few like Krisztina Egerszegi were quitting being on the top. For the rest it comes with the sad realization that she would be no better than her competitors any more: Adlington, Franklin, you name it. Is she the only one young prodigy being under pressure of great expectations? Look at this Olympic Games in London that discovered a large group of young and very young Olympic Champions who were winning with outstanding results: Ruta Meilutyte (15), Katie Ledecky(15), Ye Shiwen (16), Missy Franklin (17), Allison Schmitt (22). To… Read more »

Ledecky is also top and no problems.

nothing to do with this situation ……

Not just women. Look at Schooling.

Schooling did that to himself