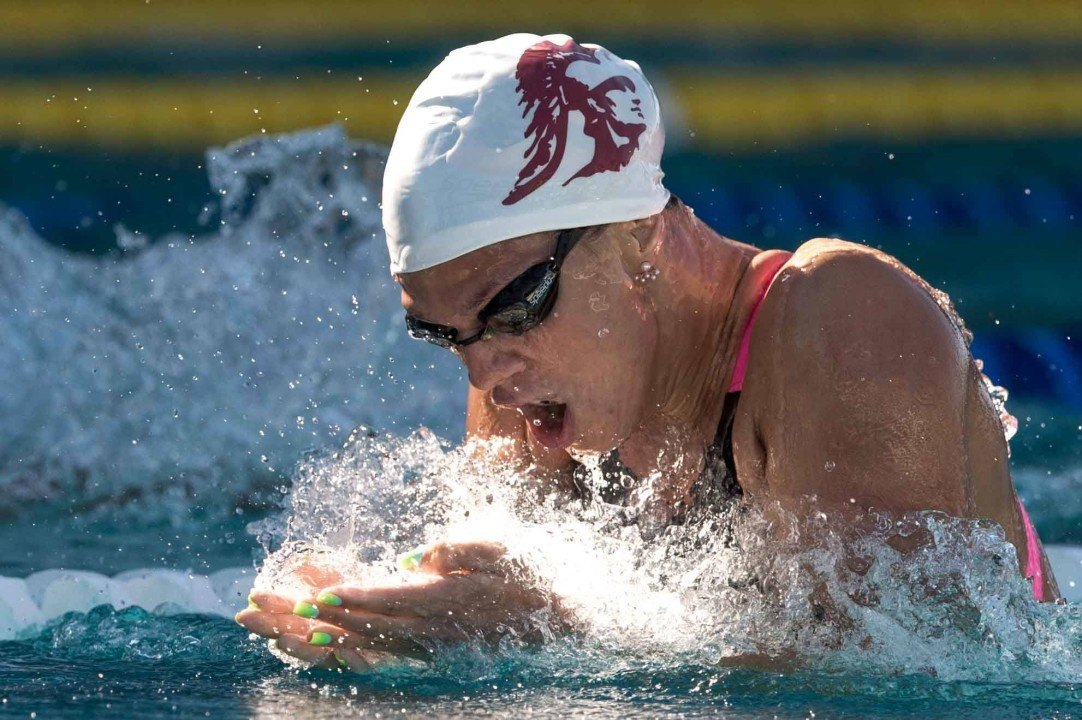 The Russian Swimming Federation has confirmed its roster for the 2016 Summer Olympic Games at its meeting on June 7th,... Archive photo via Mike Lewis/Ola Vista Photography

The Russian Swimming Federation has confirmed its roster for the 2016 Summer Olympic Games at its meeting on June 7th, and that roster notably includes Yulia Efimova, who is undergoing proceedings for a failed doping test.

Efimova didn’t swim at Russia’s Olympic Trials in April, but a last-minute change to their qualifying procedures left an opening for swimmers to make the Olympic Team if they were prevented from competing at the Trials for reasons “outside of their control, which seemed to be pegged at Efimova’s temporary suspension.

Efimova’s temporary suspension has since been lifted, but she still awaits word on whether she will be eligible for the 2016 Olympic Games or not both from the FINA Doping Panel and any subsequent appeals of that FINA Doping Panel decision.

Efimova’s inclusion on the roster does not guarantee her a swim; however, Russia has chosen to include athletes on their Olympic rosters while doping appeals are underway – they included Maria Sharapova on their tennis roster, for example, despite a looming suspension that has since been revealed by the ITF as a 2-year ban (which Sharapova is appealing).

Aside from Efimova’s addition, the roster looks the same as the one that was announced provisionally in April after the end of the Olympic Trials, which now has 23 men and 12 women. The roster also confirmed the recommendation of qualification for 4 swimmers (the last 4 listed below) who did not technically hit the Russian qualifying standard, but were under the FINA-ascribed standards and close enough to warrant inclusion in the opinion of the federation. An additional group of swimmers were given the opportunity to qualify at the European Championships but were unsuccessful in doing so. Events were not declared on Tuesday’s final roster announcement.

Nah that would be ledecky do to how you can try as hard as you want but she will steal beat you. On a serious note I hope FINA doesn’t taint it’s already damaged image and allows her to compete I’d imagine Russia is quite generous to FINA if you know what I mean

For potentially taking something that had been legal her entire career up until 6 months ago?

I hope she wins a dozen gold medals and, after each medal ceremony, jumps off the podium and dunks on the other two up there. I’ll wheel a basketball ring out there for her and everything.

It shouldn’t matter about the legality of the substance. The fact is she took something to get an edge over other athletes after already being banned previously for doing the same thing. Not to mention she continued taking the drug after it had been banned.
Although it would be interesting to see how she performs without any doping of any kind.

maybe not hated but surely under scrutiny / and certainly not respected .

Vote Up6-1Vote Down Reply
Swimmer A