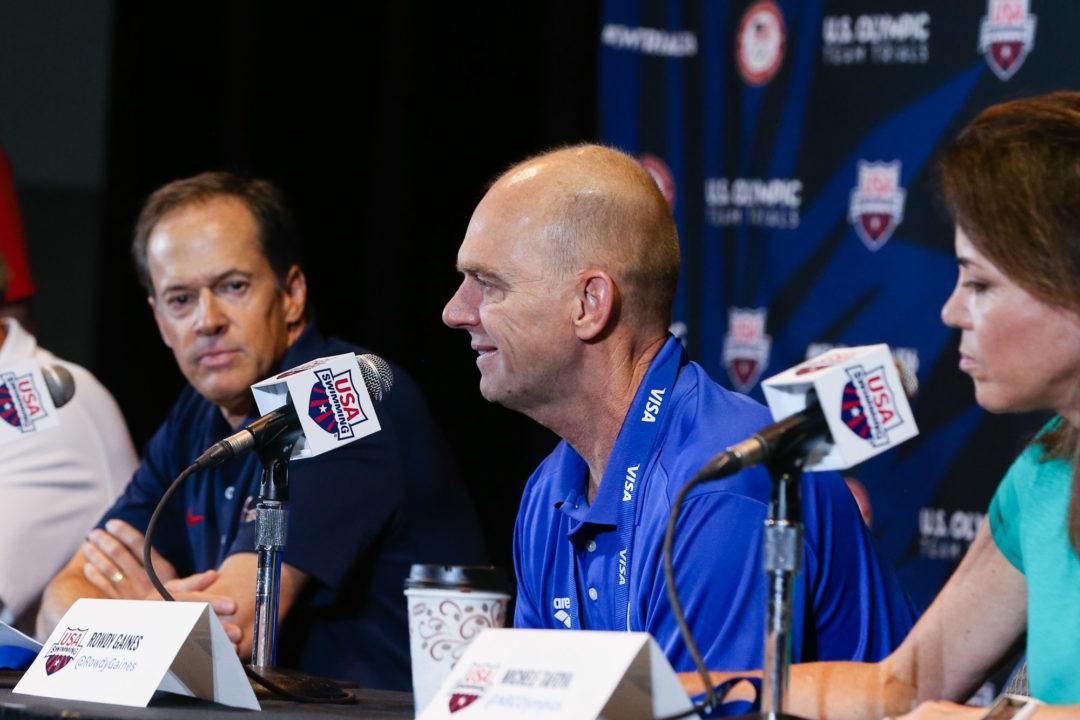 Rowdy Gaines has become the voice of the sport of swimming for most Americans, but for our community, his story goes far beyond his work with NBC. Archive photo via Tim Binning/TheSwimPictures.com

“Rowdy,” the ESPN-led documentary by journalist and director Hannah Storm, will make its television debut on July 16th on the SEC Network, ESPN announced this week. The film was produced by Storm’s company, Brainstormin’ Productions, for ESPN Films and the SEC Network.

The film, which centers on his career both in and out of the pool, touches on both the hardship of the 1980 Olympic boycott, his battle with Guillain-Barre Syndrome, and his impact on the sport long after his elite career ended.

Among those who appear in the film are Michael Phelps, Mark Spitz, John Naber, and Auburn and NBA basketball Hall of Famer Charles Barkley, who was growing to superstardom at Auburn at the same time as Gaines (and Bo Jackson).

The film made its debut at the Greenwich International Film Festival on June 3rd. It will air on the SEC Network as part of their “SEC Stories” series.

How can we watch this after it aired?

Any luck finding a way to watch this?

I am strongly considering watching this, but I heard it’s going to be kind of pedestrian.

Rowdy is the bestest TV announcer ever. He is smart, funny, articulate, informative and does not stutter. He is careful to not use “um” and “Ya know what I’m taking about?”. He also never swears on TV. He knows this sport like no-one before him. He is an American Icon. I hope AU will build a statue to him and name a street or building for this man. I think he started the phrase “It is what it is.” too! I would much rather watch this documentary than Judge Judy, Beverly Hillbillies or The Kardashians on TV. Caitlin Jenner and Rowdy Gaines are they really dating?? Tell me no….please!!!!

I know not to watch the first half of the documentary too quickly. Also, I’ll make sure to sit to the left of the tv so I breathe to the right.

I hope they aren’t afraid to pop self-deprecating jokes like this within the documentary.

HE’S NEEDS TO PUT THE BLINDERS ON

I came in here expecting to read a hilarious comment about breathing to the left/right, and wasn’t disappointed.