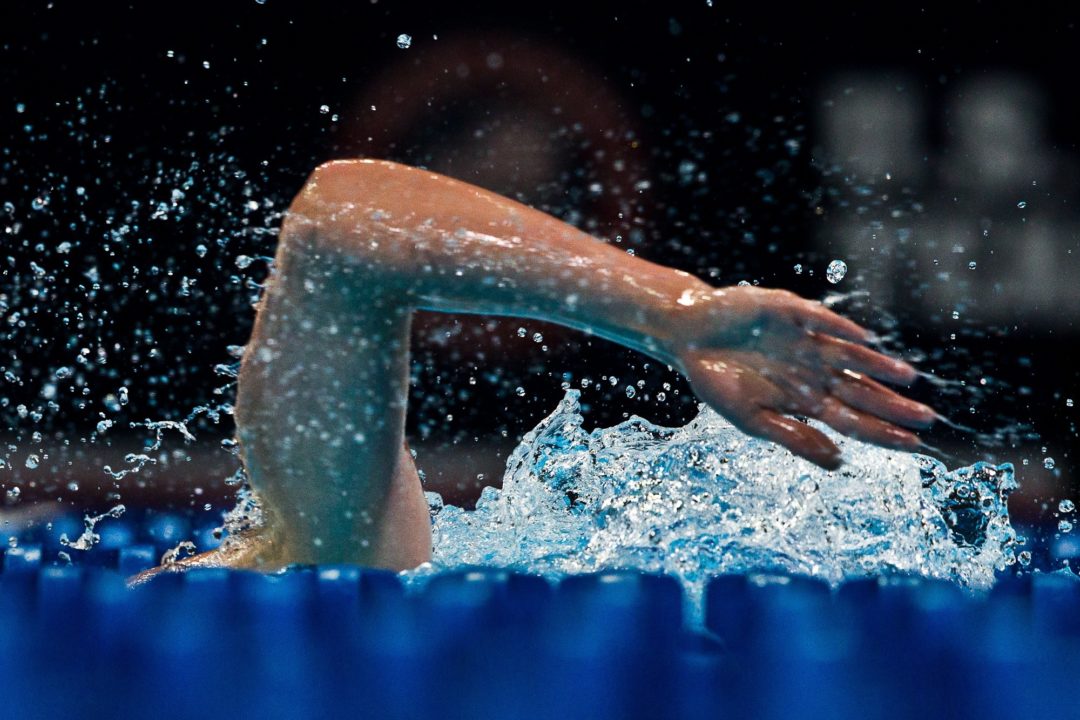 20-year-old breaststroker Ross Murdoch highlighted the opening night of Scottish Nationals, breaking his own national record in the 50 breast and winning the event by half a second. Stock photo via Tim Binning/TheSwimPictures.com

20-year-old breaststroker Ross Murdoch highlighted the opening night of Scottish Nationals, breaking his own national record in the 50 breast and winning the event by half a second.

Murdoch went 27.28, breaking his old mark of 27.67 set last summer. Murdoch needed that extra speed, though, as second-place Mark Tully of East Lothian went 27.73, nearly under the old record himself.

Hannah Miley won the 400 IM, going 4:35.48 to crush the field by over 10 seconds. The Scottish National record-holder in the event jumped out to an early lead in butterfly and was able to cruise the open water from there for a national title.

The 100 fly went to 19-year-0ld Fiona Donnelly of Warrender – she went 59.96 to win by about a half-second over East Lothian’s Raquel Matos.

National record-holder Robbie Renwick won the 100 freestyle for the men, going 50.13. That’s still a second off his record, but was easily enough to top the field. Richard Schafers actually led at the 50, but Renwick passed him coming home as Schafers settled for second in 50.45.

Another Scottish record-holder defended her throne in the women’s 200 free. Caitlin McClatchey of Edinburgh went 1:59.38, the only swimmer under two minutes. McClatchy already led big at the 100 and didn’t have to challenge her own record to take home the national title.