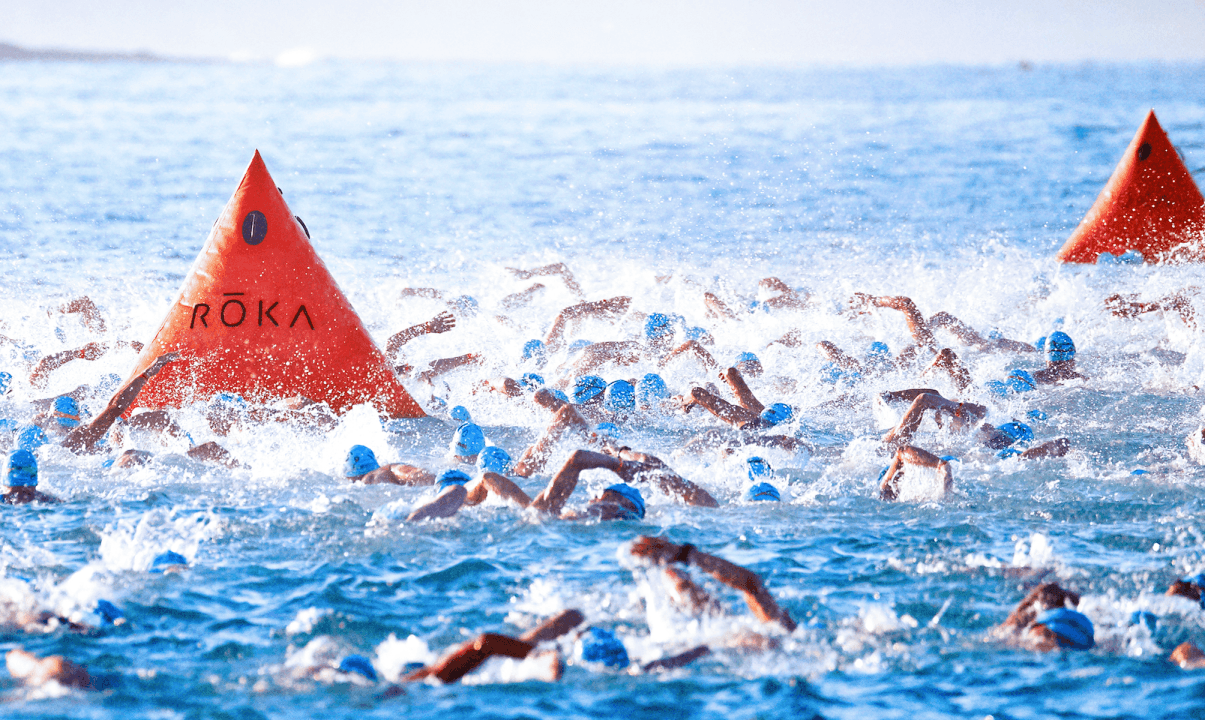 More athletes at the 2015 IRONMAN® World Championship relied on ROKA swimskins than any other brand. Current photo via Ryan Dolan,

ROKA Sports, Inc. today announced that more athletes in the 2015 IRONMAN® World Championship relied on ROKA swimskins than any other brand. Elite athletes from around the world took advantage of the company’s premium swimskin design, the Viper, at the renowned triathlon in Kailua-Kona, Hawaii last weekend.

“There is no validation greater than having world-class athletes put their trust and faith in a performance product, and we are honored that so many chose to rely on ROKA swimskins for the world championship. Performance products truly matter to triathletes, and we are proud to not only meet but exceed their uncompromising standards for excellence, quality and comfort.”

According to the annual swimskin count conducted by Lava Magazine, at the 39th edition of the world championship, nearly 25% of the field of more than 2,000 triathletes wore swimskins made by ROKA.
ROKA built the Viper from the ground up, leveraging the expertise of elite swimming experience within the company to achieve the ultimate swimskins with no compromises. The designers focused on every detail, from the world’s fastest materials and hi-tech, bonded seam panel construction to low-profile zippers and hidden stitch reinforcement. In addition to its tremendous showing at this year’s competition, the suit was First Out of the Water at the 2013 and 2014 IRONMAN World Championships. Multiple editions are available for men and women.

ROKA was founded in 2011 by Rob Canales and Kurt Spenser, former Stanford All-American swimmers, after they entered the sport of triathlon. Frustrated by the offerings in the market, Rob and Kurt set out to make the fastest wetsuits on the planet — first for themselves and then for others. The result was the award-winning Maverick Pro Wetsuit that debuted to critical acclaim and mass adoption by triathletes of all abilities. ROKA followed Maverick with the Viper, and the company has since expanded into premium performance apparel for cycling and swim training.

“ROKA entered the sport in 2013, and in just two short years, the Viper went from being unknown to achieving #1 status at the 2015 IRONMAN World Championship. That’s a great affirmation of our passion for performance. Based on the numbers, we’re encouraged that we’re on the right track.”

Headquartered in Dallas, Texas, with offices in Boulder, CO and California, ROKA is a premium multisport brand dedicated to empowering athletes with the performance technologies they need to defy their limits and excel beyond what they thought was possible. Like the athletes it serves, ROKA believes reaching one’s best is not a destination but the first step on the next journey of greatness, and the company continually strives to achieve the most innovative and highest quality products available for those who want to perform beyond their best.

ROKA’s success has led to an array of premium innovations utilized by numerous world-class athletes including ITU World Champions, IRONMAN® World Champions and Olympic medalists, and today ROKA is building on its reputation for quality, performance and unsurpassed customer experience as it expands into new product categories. The company takes pride in making a difference for athletes who respect the shared passion for performance excellence. For more information, visit www.rokasports.com.

Just a question. I have recently purchased a ROKA VIPER ELITE MENS SWIM SKIN for the Ironman Uk next year in Bolton England. Will this be the right suit. Or can you advise on another. Thank you jonny