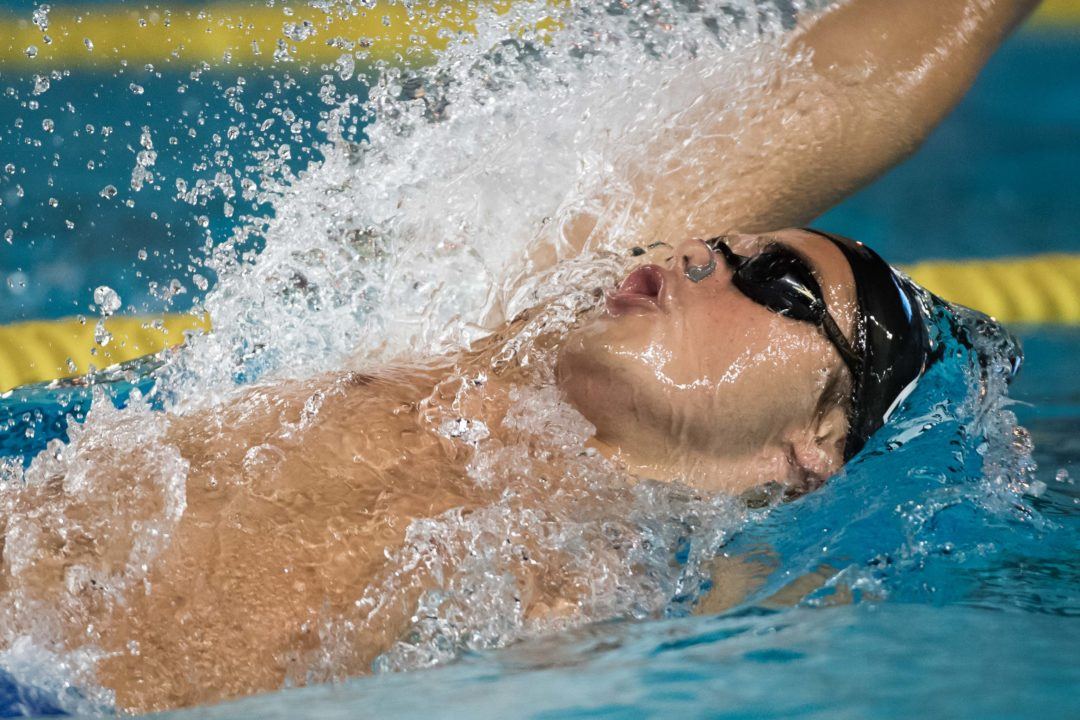 Romanian Olympian and USC All-American Robert Glinta is away from his college program and contemplating turning pro and leaving the NCAA. Archive photo via Mike Lewis/Ola Vista Photography

Romanian Olympian and USC All-American Robert Glinta is away from his college program and contemplating turning pro and leaving the NCAA.

USC coach Dave Salo told SwimSwam that Glinta is “contemplating a pro career versus a collegiate career” and that Glinta is currently in his home nation of Romania. It appears no final decision has yet been made, but it could be very impactful to USC’s 2018-2019 season.

Glinta was an All-American in his freshman NCAA season, placing 5th nationally in the 100 back. He also took 19th in the 200 back at NCAAs and led off USC’s NCAA title-winning 200 medley relay in 21.15. Additionally, Glinta was on the 400 free relay (splitting 41.86 in finals) and swam prelims of the 400 medley relay.

Ironically, Glinta wasn’t as essential to USC’s roster last year as he would be if he returns this coming year. Glinta shared backstroke duties with Ralf Tribuntsov last season, but with Tribuntsov graduating, Glinta would be USC’s top sprint backstroker by a wide margin. Glinta was as fast as 44.99 in the 100 back and 1:40.50 in the 200 back this season and projects to swim both medley relays and the 400 free relay as a sophomore.

He’s also a Romanian national record-holder in the 50- and 100-meter backstrokes, with top times of 24.78 and 53.32 in long course. He was a World Junior champ in 2015 and a European Championships bronze medalist in short course last year.

Surprised that Salo would publicly address or remark on this process since Glinta apparently has yet to make a decision for sure. Any reason?

Doctor Salo the magnificent likes reading his name in print.

He would rather set the record straight than read a bunch of wild speculation from swimswam commenters. Others read the wild speculation and it can damage the program so best to just avoid it.

Not uncommon in other sports. Salo in our experience has been more ‘media forward’ than most swim coaches, more in line with coaches of other sports.

I hope Glinta stays and can finish out his college career at USC and get a degree. But it’s the challenge of recruiting elite level athletes — if they’re really good there’s a likelihood they’ll turn pro early with remaining eligibility. The pro $ can be very alluring to a college superstar who has little more to prove at the collegiate level. USC had that happen just recently with two track stars, two basketball players, and several football players (including 1st rounder Sam Darnold) who declared for the pros with remaining eligibility. All of those were upper classmen except for sprinter Michael Norman who was just a soph. Gotta factor that in and keep those recruiting pipelines open to re-load… Read more »