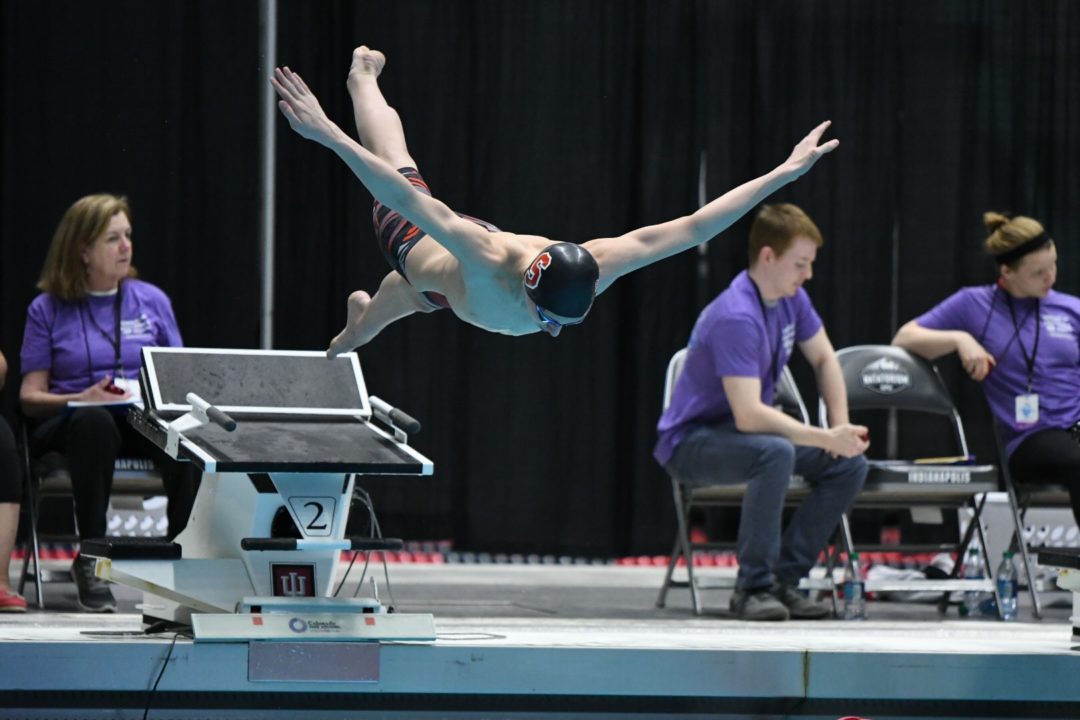 12 year-old Richard Poplawski of Scarlet Aquatics in New Jersey, popped a 4:42.54 in this morning’s prelims session of the Indianapolis Sectionals, taking down the 400 IM (LCM) national age group record previously set by Joshua Zuchowski in 2017.

You can compare the splits between Poplawksi’s swim this morning and the previous record.

Poplawski knocked over 2.5 seconds off the previous record, making up most of the difference on the breaststroke leg. His time this morning was also a 17.5s improvement over his previous-best time of 5:00.24, from last summer. He was seeded with a yards time of 4:13.68 and ended up finishing 25th in this morning’s prelims.

Scarlet Aquatics coach Mohamed Abdelaal told SwimSwam that, “Richard is an excellent racer with 4 technically sound and improving strokes, and he has great role models with in the program to look up to.”

We used to see him swim at the Boys & Girls Club National meet for years! Awesome job!

He swam for the Clifton Seahawks – CBGC-NJ – with my daughter – he is strong in the water and constantly improving – unbelievable swimmer – Looking forward to seeing him at the Olympics one day!