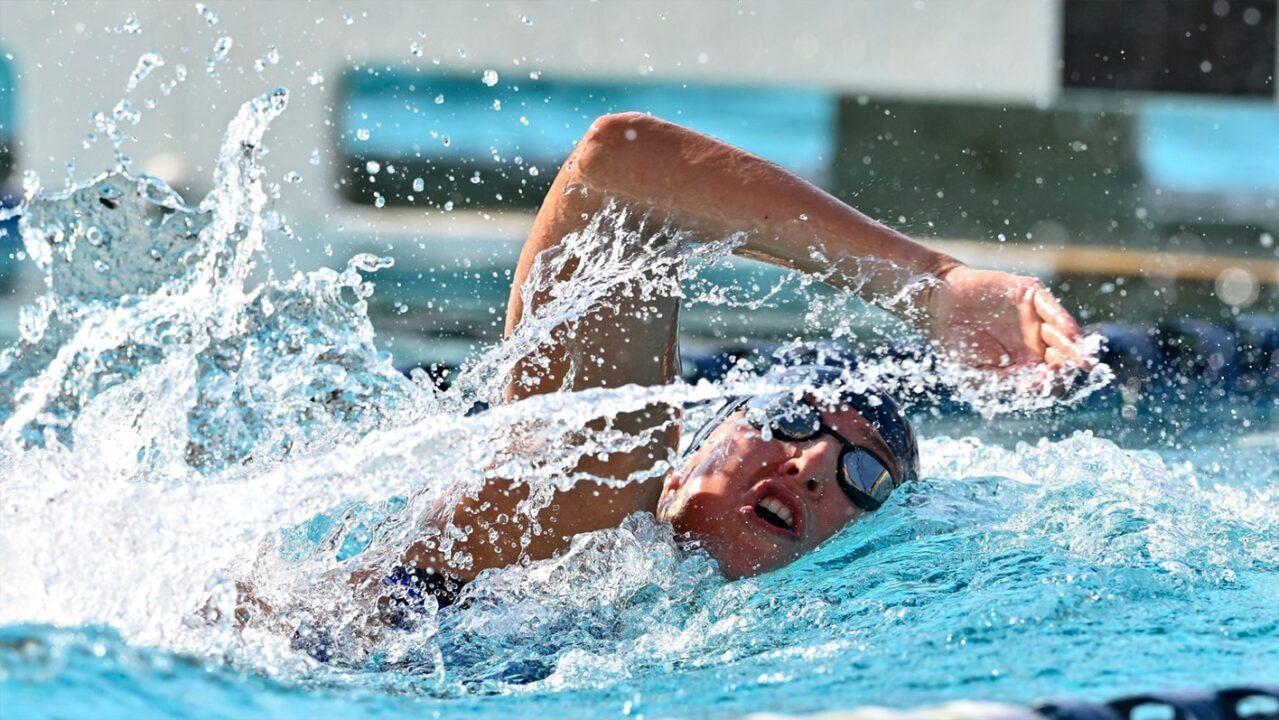 Dyson helped lead the Owls to wins in a quad-dual meet against North Texas, SMU and Tulane on January 13-14. Current photo via Rice Athletics

WOMEN’S SWIMMING ATHLETE OF THE WEEK
Ella Dyson, Freshman, Rice
Dyson helped lead the Owls to wins in a quad-dual meet against North Texas, SMU and Tulane January 13-14 by winning the 500-yard freestyle in 4:53.07 and the 1,000 freestyle in 10:01.76. In addition Tyson won the individual title at the CSCAA National Open Water Championships in 58:08.88 in December.

WOMEN’S DIVING ATHLETE OF THE WEEK
Nicole Stambo, Senior, SMU
Stambo won both events against North Texas January 13-14, claiming the 1-meter event with 297.30 points and the platform event with 250.50 points. Both were NCAA Zone Diving qualifying marks. Earlier in the month, Stambo finished fourth in the platform event and sixth in the 1-meter event at the Georgia Diving Invitational.

MEN’S SWIMMING ATHLETE OF THE WEEK
Hunter Gubeno, Junior, Cincinnati
Gubeno won both backstroke events for the Bearcats against Kenyon College on Jan. 13. He won the 100-yard backstroke in 49.00 and the 200 backstroke in 1:49.36.