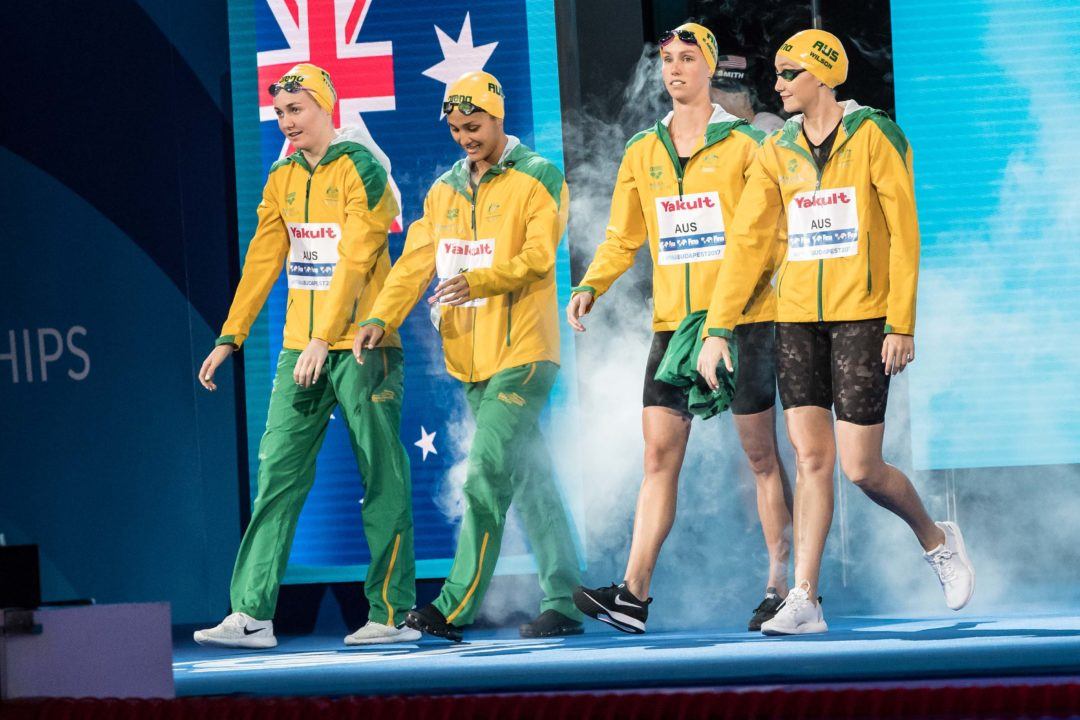 According to a recent research study conducted within the nation of Australia, swimming is identified as the continent's most popular sport. Archive photo via Mike Lewis/Ola Vista Photography

Successful rapport revolves around, fairness, confidence and social ardor, but they can only be effective if all three are working at the same time.

According to a recent research study conducted within the nation of Australia, swimming is identified as the continent’s most popular sport. Aligned with the upcoming Commonwealth Games slated for the Gold Coast in April, researchers gathered data on participation levels across all Commonwealth Games sports, with more than 9.3 million Australians regularly or occasionally participating in at least one sport.

Roy Morgan’s research also drilled down the 6 million swimmers in more detail in terms of its own ‘personas’ categories. 34.6% of ‘Metrotechs’, 33.5% of Aussie Achievers’ and 33.4% of ‘Leading Lifestyles’ compose more than half of the 6 million Australians who swim. Below are the descriptions of the segments, per Roy Morgan’s Helix Personas segmentation tool.

“From my perspective sport is of national importance,” John Bertrand AO, President of Swimming Australia said. “And swimming is the biggest participation sport in the country.

Wonder how swimming ranks in the US?

honestly probably out of the top 10

0
0
Reply
Caeleb Dressel Will Get 8 golds in Tokyo

It thought it already was since Ian Thorpe

What Swimming Australia needs to do is get all those hobby swimmers to take an interest in elite swimming. Attendances at Australian meets and media coverage is surprisingly low for a country that is said to be swimming-mad.

Its probably like Mission Viejo California where the kids are dropped off to the pool. There is also a lot of masters swimming there in MV, but traditional sports like high school football or baseball get higher attendance.

I think the key take away from this is “researchers gathered data on participation levels across all Commonwealth Games sports”. Across all commonwealth game sports. So this doesn’t include popular sports in Australia such as Cricket (Australian Baseball), AFL ( Australian NFL), and Rugby ( who knows what the US equivalent is). One could argue after 2008 Olympics and Phelps, swimming in the US was the most popular olympic sport and therefore most popular sport in the country.

Interesting; Funnily enough, we had a report in Britain that said swimming is (by some way) the most participated sport in England – Vast majority of the 2.5million weekly swimmers were ‘hobby swimmers’ though; There seems to be huge potential for swimming all over the world, with the right outreach initiatives and a few more affordable lessons for less-advantages children.

Cannot help thinking that this is somewhat of a misleading headline. Whilst it is highly plausible that swimming (as in recreational swimming/children “going for a swim” in a backyanrd pool/ at a beach) WOULD hold that level of popularity; this needs to be differentialed from Competitive Swimming.

When it comes to the latter, it is the ever increasing expense of supporting a competitive swimmer/swimmers that has been causing the available talent pool in AUS to continue to contract to the current point where it is overwhelmingly only those of affluent backgrounds who stay in the sport. Swimming is far from an orphan as it is also biting most Olympic sports in AUS.

This trend is not unique to AUS… Read more »

How does this relate to swimmers in Europe?

well, Australia is hot, so no wonder