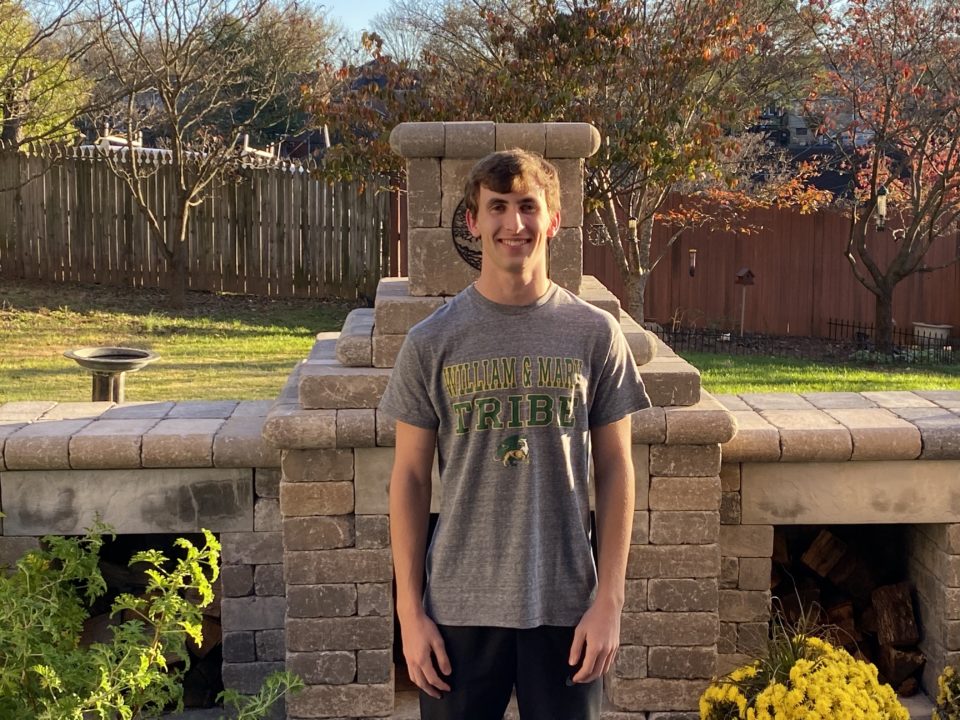 U.S. Open qualifier Micah Lowe has verbally committed to the College of William and Mary for 2021-22. Current photo via Micah Lowe

Micah Lowe, a high school senior from Roanoke, Virginia, has announced his intention to swim for the College of William and Mary beginning in the fall of 2021.

“I chose William and Mary because of the incredibly positive atmosphere and academic excellence. The team truly does embrace the sense of a tribe.”

Lowe is a USA Swimming Scholastic All-American from Faith Christian School. He is the founder of his high school swim team and has been its only member for the past four years. Nonetheless, last February at the 2020 Virginia Independent Schools Swimming & Diving Championship, Lowe came in 3rd in the 100 back (50.92) and 6th in the 200 IM (1:55.90) and scored 29 points to give FCS a 21th-place team finish in the boys’ meet.

He does his club swimming with Virginia Gators and is a Winter U.S. Open qualifier in the 200m back. He earned that time and five other PBs at the 2019 TYR ISCA Summer Senior Championships where he won the 50m back, 100m back, and 200m back, placed 8th in the 200m IM, and finished 35th in the 100m free. His PBs included:

His best SCY times come from the 58th Annual Pittsburgh Christmas Meet last December. He was runner-up in the 100 back and 200 back and placed 4th in the 200 IM. He notched PBs in all three of those events, as well as in the 50 back leading off the relay

Lowe told us that his brother, Trey Lowe, “was affected by the cut of the men’s swim program at the University at Buffalo four years ago and was unable to swim in college. I thought that the same thing would happen to me with William and Mary, but thankfully they have been able to bring back their team for a minimum of one more year.” William & Mary had announced it was cutting the men’s and women’s teams in September before reversing their decision, first for the women’s team, then for the men’s team in November.