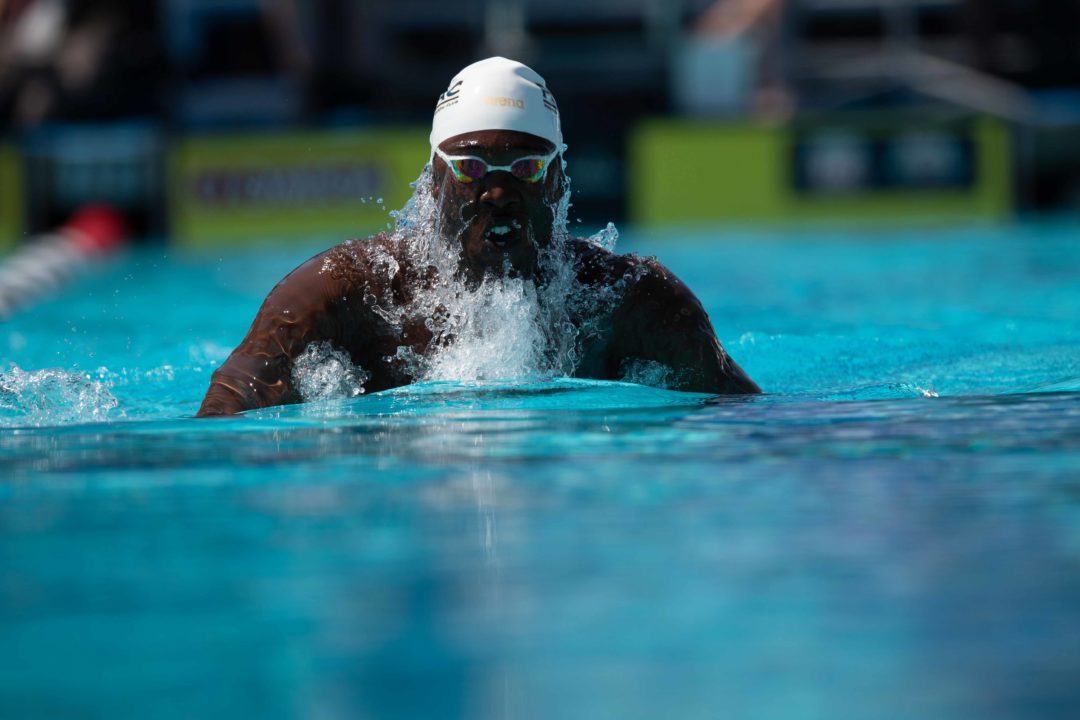 The Cal-Berkeley men’s team kicked off their dual meet season Wednesday morning with some mid-week racing at home.

Freshman and upperclassmen alike performed well in the Wednesday morning dual. Representing Cal, freshman Reece Whitley notched a very impressive 1:56.69 in the 200 breaststroke, touching nearly seven seconds in front of teammate and runner-up Carson Sand, who finished in 2:03.67. Whitley’s time puts him well ahead of the NCAA ‘B’ cut in the 200 breaststroke, though his best time of 1:51.43 from December of 2017 sits well below the ‘A’ standard. Whitley also swam breaststroke on Cal’s ‘D’ 200 medley relay, where he split a 24.72, besting all other breaststrokers in the field save for Sand, who split a 24.54 on Cal’s champion ‘B’ relay.

Senior Andrew Seliskar showed more of his capacity as a freestyler, taking the win in the 100 free with an impressive 43.92. Sophomore Ryan Hoffer finished 2nd in 45.02 while Dylan Toy from Pacific took 3rd in 46.51.

Pawel Sendyk of Cal dominated the 50 free where he unleashed a 19.79, good for an NCAA ‘B’ cut, touching the wall a full half-second ahead of teammate Michael Jensen who touched in 20.29. Sendyk also posted a 20.78 on Cal’s B medley relay, which upset the A team for the win. Sendyk also swam an exhibition 100 fly in 48.32.

Cal sophomore Trenton Julian won the 200 freestyle with a quick 1:37.52, making him the only swimmer under 1;40 in the entire field. Julian also picked up an NCAA ‘B’ cut in the 500 freestyle with a 4:23.23, a time which would have won the event easily had he not swam exhibition. Julian also exhibitioned the 200 IM, finishing in 1:48.85, which also would have been good for first.

From University of the Pacific

BERKELEY, Calif. – The men’s swimming and diving team swam their first meet of the season in a dual meet with California on Wednesday.

The NCAA runner up Golden Bears finished with a team score of 186, while the Tigers collected a team total of 100 points.

In Case You Missed It:

Up Next For the Tigers:

For the latest on Pacific Swimming and Diving make sure to visit the Tigers via social media on Twitter and Instagram.

When did IMer, butterflyer, breaststroker Seliskar become a premier 100/200 freestyler? Impressive. I’m concerned NCAA swimming will make Whitley more of a SCY swimmer. I thought he had a good future at the 200Breast LCM.

He will be fine, but can’t wait to see his progression.

Interesting on SCY and breastroke.

It seems the best breastrokers right now are European or Japanese, which could support the theory SCY training could harm Whitley long course, but the US has consistently medalled at Olympics and World Champs in breastroke with collegiate system athletes (Hansen, Cordes, Miller) and some big long course countries seem to struggle with producing breastrokers (China, Australia).

Unusually, seems if Whitley wanted to train with the world’s best breastroke group he’d have been best moving to the UK and Loughborough.

lol yeah let’s send an 18 year old kid from philly to japan to train. That’s not a culture shock at all, right?