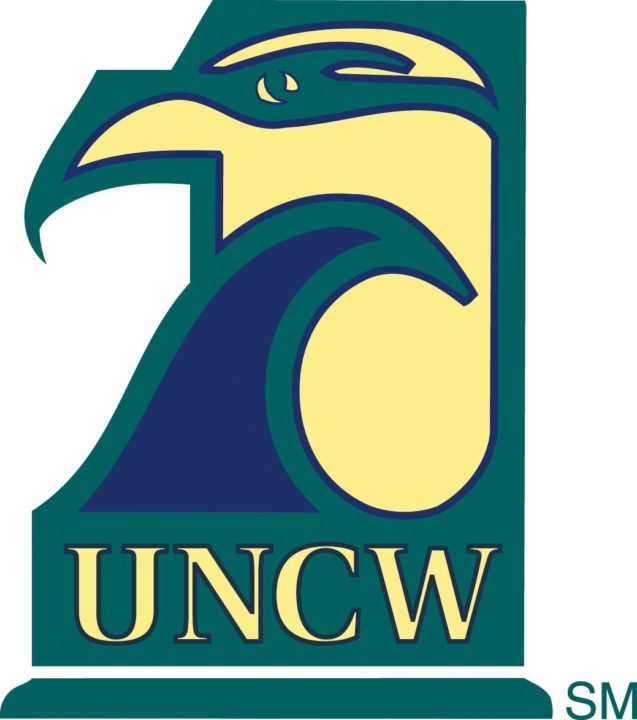 The men's and women's swimming programs at UNC Wilmington could be cut...

A report released earlier today by the Intercollegiate Athletics Review Committee at the University of North Carolina Wilmington has recommended the elimination of five varsity sports from the UNCW athletics portfolio, including men’s and women’s swimming and diving.  The committee, formed in February of this year to “explore new ways to support its student athletes, optimize its fiscal health, and engage with the community,” also suggested cutting men’s cross country, men’s indoor track, and women’s softball.

A statement from Terry Curran, Associate Provost for Enrollment Management, included this passage:

“These recommendations reflect the IARC’s critical analysis of UNCW’s current athletic portfolio and its potential for long-term success.  The report is meant to provide input for Chancellor Miller and Athletic Director Bass as they determine a future path for UNCW sports – one that offers those sports the best possible opportunity for fiscal, competitive, and organizational effectiveness.  The committee took its charge very seriously, and was at every turn deeply cognizant of the impact these recommendations may ultimately have on UNCW’s student-athletes and coaching personnel.
Unfortunately, the committee saw no way for the athletics department to meet its fiscal goals without considering a reduction in the size of the portfolio.  As heavy as our hearts have been as we finalized these recommendations, we realize nothing compares to how our student-athletes and coaches will feel at the possibility of their programs being eliminated.  While these recommendations will surely invite disappointment and debate, inaction was not an option.”

While its easy to become numb to varsity sports teams being cut due to fiscal pressures (university athletic departments have really been buckling down financially over the last few years), the potential elimination of UNC Wilmington should serve as a big wakeup call to everyone in the college swimming world.  The Seahawks have been a very successful midmajor program in recent years; their men’s squad has won twelve straight CAA Championship titles (breaking seven conference records this season), and Carly Tanner qualified and nearly scored at women’s NCAA’s this season (she finished 21st in the 100 breaststroke).

The full report (which can be found here) indicates the findings and methodology in the committee’s suggestions, with the focal point being fixing the financial shortfalls of the Seahawk athletic department.  While it is critical to point out that no official decision has been made, the report from the IARC places the swim programs front-and-center as a way to help curb the financial losses in the athletic department.

Update 1: In an email from Athletic Director Jimmy Bass to UNCW student-athletes:

“This committee faced an extremely important and difficult task.  This is a challenging time for UNCW Athletics and the IARC was formed to help steer a path forward that would create greater opportunities for success across our sports programs.
Please keep in mind that the report is strictly a recommendation to Chancellor Gary Miller at this time.  I will sit down with Chancellor Miller in the coming weeks to analyze the report and chart a course of action for the future of UNCW Athletics.  You will be notified immediately when those final decisions are made.”
A Facebook page that was set up today to support the team already has 5,800 members as of 11:45PM on Wednesday. See that page here.
Sign the petition started by members of the team here.

Thanks to everyone at swimswam for helping us get the word out!! GO SEAHAWKS

This makes no sense. The swim team has a proven track record and is more successful than the basketball team (amongst other sports), and they are mid-major so its not like basketball is raking in the media dollars. No expert here, but it seems like on the whole all of their non-endowed sports teams are a net-loss so why not keep the good ones around??

Vote Up00Vote Down Reply
Sam I Am

Colleges are becoming more and more of a minor league training field for football and Basketball players and sadly I don’t see this trend getting any better soon.

Goes to show you that no program is safe. Alumni and supporters need to back their enthusiasm with dollars– endowed team operating budgets and threats to withdraw financial support to the institution as a whole are really our only options.

While I agree that this is wrong, you can’t go and point the finger at any particular athletic renovation or decision. You do realize that the cost of maintaining an aquatic facility is in the hundreds of thousands of dollars per year. While I think it is great to get names on a petition this team may want to look at how they can raise some money along with awareness, maybe get some scoreboard advertising or heat sheet advertising? Not that the team needs to do it themselves-the athletic department should have people in their office who are on salary for that exact reason, but just present ways that can offset the heavy cost of having a swimming program. If… Read more »

That’s what I don’t understand… Your university already has a pool built, and is going to maintain it for the student body/rec programs to use. Don’t need much more in terms of facilities costs.

Often times its an issue of who owns the pool. In Maryland’s case, it was costing them a left arm to use their pool…because it was owned by Rec Sports, not the Athletics Department. So while it may not net the university as a whole a ton of money, it could still be costing the athletics department a whole lot of money.

You’d be surprised at how many schools are set up this way…the schools’ club teams get to use them for free, but the varsity teams have to pay big money.

Braden is exactly correct, I assume the pool is set up so that the Athletic Dept has to rent pool time (which is the case in majority of college facilities) Which means the Athletic Dept has to pay lane time for practices, and additionally pay lifeguard costs (which adds up very quickly for an athletic dept). The worst part is that when an expense comes along (such as new blocks, bulkhead, or other amenities competitive swimmers need) it is the athletic dept responsibility to pay for it, because rec swimmers do not need it. There are many underlying costs that people do not think of when it comes to swimming, its not just coaches and athletic scholarships. I am just… Read more »

I am a Senior Swimmer at UNCW and to comment on the questions about who owns the facility and all. We just had a multi-million dollar renovation of our Recreation Center which was funded be Campus Recreation. This included a 8 lane 25 yard indoor swimming pool. The pool we swim in was used by campus rec up until now for their classes and club programs. I do not know the agreement that the athletic department and the Rec department had while we shared the pool, but as of now the pool the swimmers and divers use is 100% ours because campus rec has built there own facility to use.