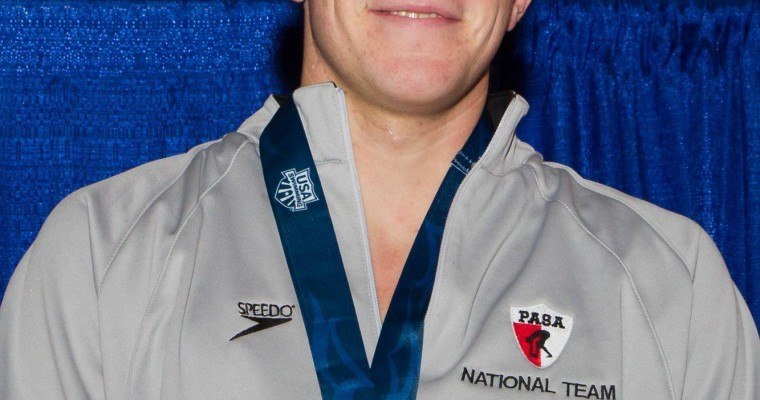 To see more about our methodology for rankings and to read an overview, click here.

The 5-8 classes were all pretty close, and really were all built pretty similarly. One really versatile guy (McHugh, Bentz, Okubo, and Ogren) surrounded by a good sprinter and a few other guys to fit in-between. That’s what made it so hard to rank them: that they’re so similar.

Stanford, though, with a good, deep class got the push up to #5. They especially hit their home-turf very well, getting some good signees from their own backyard at Palo Alto Stanford Aquatics. Stanford and Georgia did the best at recruiting their local areas among the entire class of 2014.

Though there’s probably a few more walk-on-types that will be added, the top four in this Tennessee men’s class are really good.

Hickson from the Stingrays in Georgia is a real sleeper signing. He’s a big kid who has dropped his breaststroke times in a hurry. In the 100 yard race, he went from 1:00.8 to 58.5 to 55.8 as a sophomore/junior/senior. He’ll join a Tennessee breaststroking group that desperately needs depth – they only return one sub-56 from last season.

Also joining that group, and perhaps a swimmer who will emerge at the top of that group at the end of his freshman year, is Peter John Stevens. The Slovenian national was the 2013 World Junior Champion in the 50 breaststroke, and has bests of 27.7 and 1:03.6 in the 50 and 100 breaststroke in long course meetings, and historically is very good in short course as well.

Tennessee is getting a few potential All-Americans as redshirt freshmen this coming season, so if Evan Pinion and David Heron are rolled into this “class,” it sparkles even a little bit brighter.

The Georgia Bulldogs pounded the in-state recruiting trails, and buoyed by a three-in-one-swoop signing of the Litherland triplets from the Dynamo Swim Club, turned in a very good class, if not a huge one. Supported by the HOPE Scholarship and HOPE grants available to in-state students, we can also surmise (though not declare with certainty) that this class came with a great value in terms of invested scholarships as well, since so many are in-state swimmers.

The big score is Bentz, a member of the USA Swimming National Team. Individually, his best events are the breaststrokes (55.00/1:56.59) and the IM’s (1:45.17/3:45.53) where he’s among the best in the class. Beyond those races, though, he ‘makes’ this class in that he’s the guy who will fill the Bulldogs’ biggest need: for another sprint freestyler (45.34) and butterflier (47.26) to replace Doug Reynolds’ spot in the lineup. This class is very heavy on distance guys, 200 meter guys, but doesn’t bring much in the way of a pure sprinter that this team really needed. Still, though, Bentz can swim almost literally any event with class, and so he’s going to have to do a lot of things for Georgia even as a freshman.

Of the three Litherlands, Jay thus far has had the best national and international career. He was a member of the United States’ Junior World Championship team, where he took 6th in the 400 IM. Both he and Kevin Litherland are members of the Junior National Team, and Kevin, with bests of 4:21.1 and 14:58.77 in the 500 and 1650 freestyles, should be an immediate scorer at NCAA’s with a continued trend.

This class probably won’t be the one that gets the Georgia men ‘over the hump’ to where they’ll compete for NCAA team titles, but it is another good class that will improve their national success. With only a couple of significant graduations (Doug Reynolds and Andrew Gemmell), we could see the Bulldogs tick up another spot into the top 4 at the 2015 NCAA Championships with this group.

With deference to the early days of NCAA swimming, where Princeton was a powerhouse, the 2014 Princeton men’s might be the best class of the Tigers’ modern era (with the biggest contender for that title being the 2012 class, who will be juniors next year). At the least, it’s one of the best classes in the country. Karas, Buerger, and Okubo are all 1:46 or better in the 200 IM. Princeton went 1-2-3 in the 200 IM at the Ivy League Championships last year, and all three of those guys were sophomores. Karas, Buerger, and Okubo are all faster than any non-Princeton swimmers went at Ivies. Princeton has 4 of the 5 top returning swimmers in the event from last year’s meet. Add in three more, and do some Ivy League math: Princeton could have 7 out of the 8 swimmers in the A-final next year, and all would be underclassmen.

That’s just an example of how good this class is. Alex Lewis is a 44.1 freestyler, Karas has been 45.2, and Schafer has been 51.0 in long course. Adding those guys into the free relays could help Princeton challenge Harvard, who have been dominant there for the last few years.

Okubo will bring three top three finishes at Ivies and should qualify for NCAA’s as a freshman; Lewis will have a shot at both Ivy League sprint titles, and Karas will be a 40-plus point Ivy League scorer as well (Ivies score to C Finals).

Their diving signees aren’t enough to contend with Michael Mosca of Harvard, but they do add some depth at the conference level.

Harvard brought in a great class as well, but with the Tigers having very few graduations and such a high-impact from these freshmen, they’ll enter the season as Ivy League favorites. They’re young enough too that they could run off a couple in a row after Harvard took the crown by 82 points in 2014. Though Ivy swimmers’ progressions are by their nature more difficult to predict than those swimmers in other conferences, expect Princeton to get back to the NCAA Championships this year as well.

The star of the class is Curtis Ogren, the National Independent High School Record holder in the 200 IM (1:44.90). Ogren’s improvements in yards slowed during his senior season in his primary IM and breaststroke events, though he did increase his versatility with times like a 45.6 in the 100 free and a 1:44.2 in the 200 back. Watch in long course this summer to get a better feel for where he’s at with the IM’s.

He will also battle sophomore-to-be Daniel Le for a spot on Stanford’s medley relays on the breaststroke leg with Mason Shaw graduating.

While Ogren is the biggest name of the class, the key to the whole thing is a local signee, from PASA, Andrew Liang. He’s a 46.8-second butterflier and a 20.1/44.2 freestyler. He should help take a lot of pressure off of David Nolan and Tom Kremer on Stanford’s relays as they look to bounce back from a 9th-place NCAA finish. Sam Perry, a New Zealand National Champion, and Wes Olmsted will have a chance to help on those relays as well.

Patrick Conaton is the “high ceiling” guy in this class. Of the American recruits, he’s the tallest at 6’3, and he’s shown rapid improvements even since signing in the fall. He’s dropped his 100 yard back time by a full second to 48.5, and his 200 back time by two-and-a-half to a 1:44.64. At only 165 pounds, per Stanford’s official recruiting announcement, he’s got plenty of room to fill out and continue his big time drops.

The two divers are Junior-National-finalists caliber.

In Ga, the Hope scholarship ( 90% of tuition) and Zell Miller scholarship ( 100% tuition) is only available to those who qualify ( not saying these kids didn’t qualify though I would imagine the majority of them did) and it is only maintained after the first 30 hours if you have a 3.0 or a 3.3.It is checked at 60 and 90 hours also. To get the scholarships, Zell requires a 3.7( CORE classes only) and a 26 ACT or 1200 math/ verbal SAT.I think new restrictions like a certain number of high school AP classes are about to kick in.Granted keeping it is probably easier at UGA (depending on the major) than at some of these other schools… Read more »

Stanford with another top shelf recruiting class. And I fully anticipate the usual results in the pool over the next 4 years.

Princeton’s roster’s versatility is impressive – stacked with 200 IMer’s according to SwimSwam’s story gives a lot of flexibility.

Alex Lewis (Princeton) swam his 44.1 free at the Yale pool (6 lane 1932 dungeon). Have him race in a modern fast pool and expect his sprints will be noticeably faster.

Stanford may be fifth, but Andrew Liang’s thighs are #1 in the class of 2014, without question

Back off he’s mine

Rumor has it that Michigan has a foreign stud coming in second semester!

Doesn’t Stanford also have Jack Lane coming back from a year sabbatical?

paco – coach Knapp has told me that Jack Lane does not plan to return to the program.