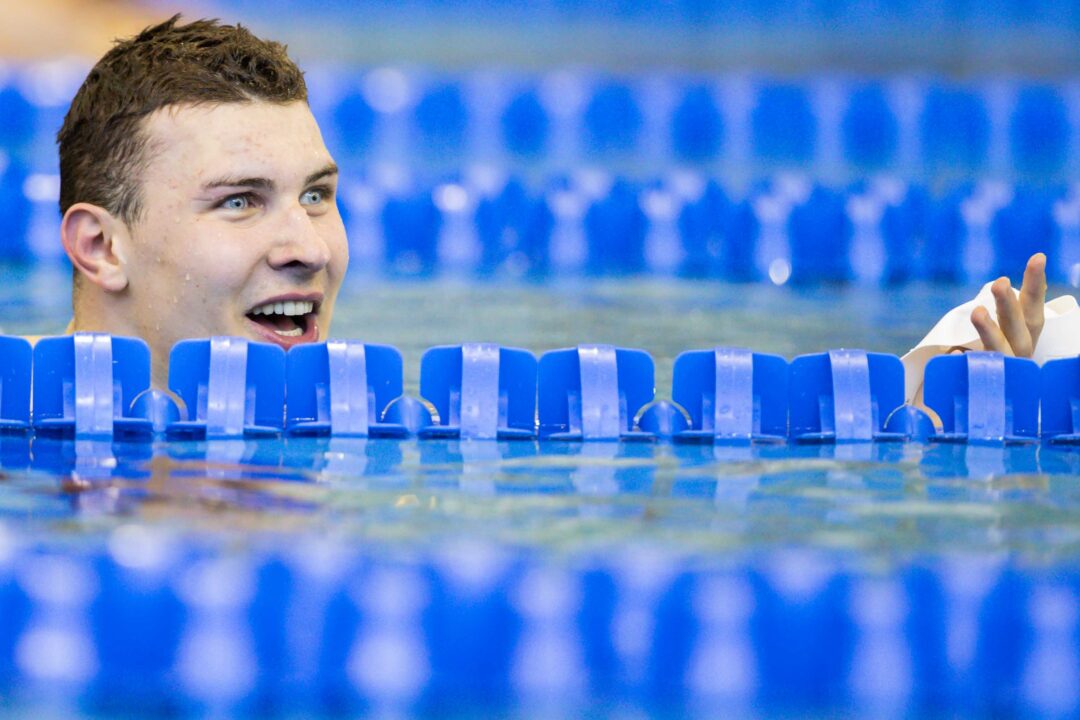 Rafael Miroslaw, who trains in the U.S. at Indiana University, became the first German man under 48 seconds in the 100 free (LCM). Archive photo via Jack Spitser/Spitser Photography

The meet, which is one of the last opportunities for Germans to qualify for the World Championships in their ‘open’ selection system, includes a portion of the country’s top swimmers, while others are swimming at the Stockholm Swim Open in Sweden.

Miroslaw has been the star through two days of competition in Berlin. First, on Friday, he swam 1:46.76 in the 200 free final to win. Earlier in the day, he swam 1:46.04 in prelims, which beat the requisite time to qualify for Worlds.

He again added time in finals, though his 48.16 there was still faster than the old German Record.

Miroslaw just completed his first season of training in the NCAA at Indiana University. There, he was the Big Ten Champion in the 200 free and finished 4th in the 100 free.

While Indiana had mixed results at the NCAA Championships, Miroslaw was one of their top performers: he swam a best time of 41.63 in prelims of the 100 free and placed 13th in the final, and was 1:32.11 in the 200 free prelims before finishing 10th in finals. That 100 free was a personal best time for him.

Miroslaw, who turns 21 this year, will next have to get over the hurdle of improving from prelims to finals at big meets: in his two finals at the NCAA Championships, plus his two this weekend in Germany, he has been slower in finals than in prelims.

Maybe the topic should be IU’s Rafa breaks the German record ?

True for Miroslaw could mean he does better with less walls.