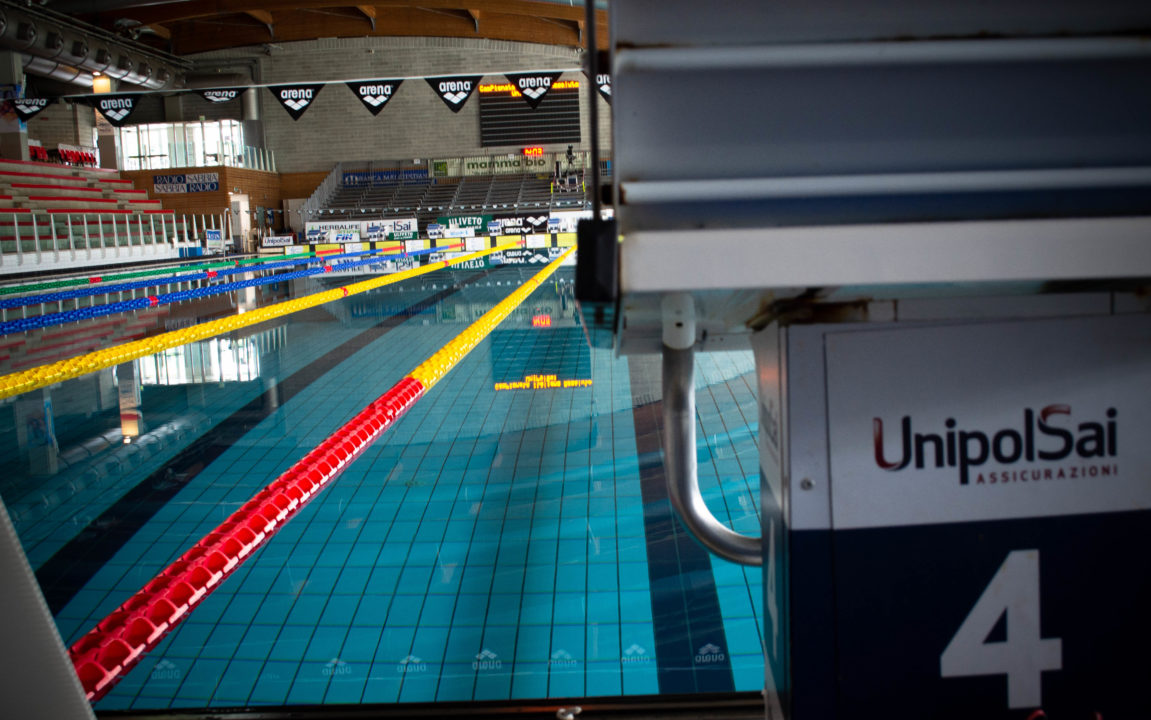 There was a solemn tone cast over the two-day Festival of Sport Time Trials in Hong Kong, but swimmers fought on. Stock photo via Giusy Cisale/Swimswam

There was a solemn tone cast over the two-day Festival of Sport Time Trials in Hong Kong, as athletes, fans and coaches had recently-deceased elite swimmer Kenneth To on their minds. 26-year-old To passed away suddenly while training in Florida, but was Hong Kong’s Olympic hopeful for the 2020 Games in Tokyo.

In his stead, swimmers raced for To, dedicating swims to the once-Australian national team member who then inspired people in his own home land. Cheuk Ming-ho was one such swimmer, who snapped the Hong Kong national record in the men’s 400m free over the weekend.

Winning the race in 3:53.05, the 16-year-old beat out his own previous lifetime best and NR time of 3:55.13 set at the Asian Games last year. His 3:53.05 performance also dipped under the FINA B cut for the World Championships.

Post-race, Ming-ho stated, “Making the Olympic A standard for Hong Kong was Kenneth’s biggest wish and it’s very unfortunate [that he was unable to reach it].

“But I am sure he is watching us from above and I hope Hong Kong men’s swimmers can qualify for the 2020 Tokyo Games for him as we know Hong Kong has never had any male swimmer making it. It’s my biggest hope of fulfilling To’s dream.”

Also notching a Hong Kong national record was Nicholas Lim in the 200m fly. Winning by almost 10 seconds, 18-year-old Lim checked in with a time of 2:00.43, dipping under the FINA B cut for the World Championships.

3-time Olympian Stephanie Au matched her own 50m breaststroke Hong Kong national record, winning the title in a time of 28.33. Au was a member of 2 medal-winning relays at last year’s Asian Games.

Then there was 21-year-old Siobhan Haughey, who clocked a 100m free national record after just arriving in Hong Kong less than 24 hours before she sawm. As we reported, the University of Michigan All American crushed a mark of 53.59 to take the top seed in the 100m free heats. That time laid waste to her previous NR of 53.83 she set at the 2017 World University Games.

With her performance, Haughey qualifies for Tokyo, dipping well under the 54.38 time minimum for the 2020 Olympic Games.

So sad. Do we know yet what had happened?

Is this the same Nicholas Lim committed to Princeton?