Races to watch at the Mare Nostrum Tour, Canet-en-Roussillon 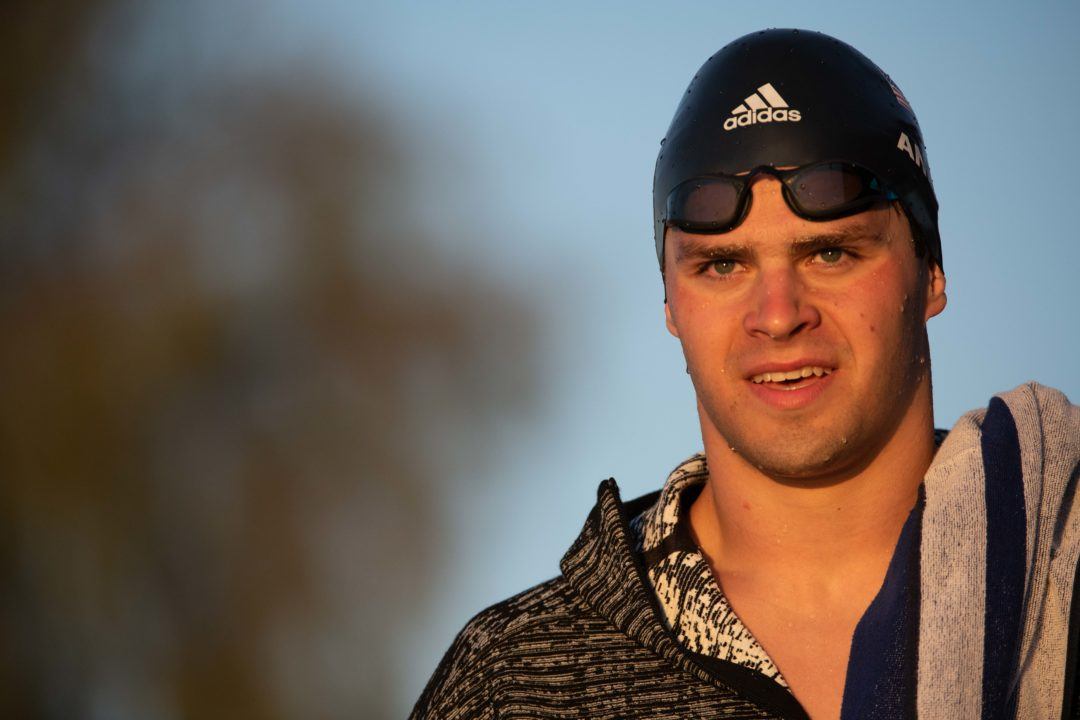 The first stop of the 2018 Mare Nostrum Tour kicks off on Saturday in Canet-en-Roussillon, France. The meet takes place in the Europa complex with a brand new Olympic size pool and also a 25m warm-up pool.

The 2018 Mare Nostrum Tour Stops are:

Prize money for the first three finishers in every event and a series tour bonus will be awarded. The tour will give out bonuses to the top 4 men and women overall. The finish order is determined by adding up each swimmer’s best swim in FINA points at each of the tour’s three stops. The swimmer whose 3 races combine to the highest total wins the tour.

A look at the current FINA World Ranking shows that with Charlotte Bonnet (FRA, ranks 3rd), Taylor Ruck (CAN, ranks 5th), Rikako Ikee (JPN, ranks 6th), Ranomi Kromowidjojo (NED, ranks 11th) four big names are listed in Canet’s entry lists. The event features Charlotte Bonnet, the first French woman who has broken the 53 seconds mark in the 100m freestyle. Bonnet set the new French record with a time of 52,74 about one week ago at the 2018 French Long Course Nationals. Ranomi Kromowidjojo sits on the 11th spot in the 2018 FINA World Ranking with a time of 53,65, her personal best time stands at 52,75. She reached this time in 2012, the year, she won the gold medal in the 100m freestyle at the 2012 Olympic Games. Japan’s Rikako Ikee was just 12 years old when Kromowidjojo was on top of the freestyle sprinters. The now 17-year-old is the current Junior World Record holder in the 50m freestyle and butterfly and the 200m IM. The youngster holds the Japanese records in the 50m and 100m butterfly and is a Japanese medal hope for the 2020 Olympic Games in her home country. Canada’s Taylor Ruck turned 18 on May 28th and she set her personal best time of 52.96 at the 2017 English National Championships in December. The 100m freestyle competition in Canet should show fast races between the youngsters Ikee and Ruck and the experienced swimmers Bonnet and Kromowidjojo. The women’s 50m freestyle will have the same high quality with also four out of the ten fastest swimmers in 2018.

Missy Franklin is set to swim the 50m and 200m backstroke and 200m freestyle on day 1. The 23-year old hasn’t raced since she had shoulder surgeries in the beginning of 2017. She is the current World Record holder in the 200m backstroke (2:04,06), she won the gold medal at the 2012 Olympic Games with this time. She’ll face Katinka Hosszu at her comeback competition who won the silver medal in the 200m backstroke at the 2016 Olympic Games and the 2017 World Championships. Hosszu’s 2018 best time was registered with 2:18,16 at the Speedo Challenge on May 25th-27th. Hosszu took a break since December 2017 due to personal issues and she is also trying to gain her old race speed. Canada’s Taylor Ruck is at the moment the woman to watch in the 200m backstroke, she is listed on the second spot in the actual FINA World Ranking with a time of 2:06,36 and she won eight medals at the Commonwealth Games in April, among others the silver in the 200m backstroke. Potential finalists in Canet are also Daria Ustinova (RUS) with a season best of 2:07,84 and Lisa Graf (GER) with 2:08,23.

Brazil’s Bruno Fratus is the highest ranked starter according to the FINA World Ranking 2018, he is registered with a time of 21,35 (personal best time: 21,27). Fratus is the 2017 World Championships silver medalist in this event.  USA’s Michael Andrew is the second seeded sprinter with a time of 21,73, he has beaten his previous best of 21,75 at the Atlanta Classic in May. Andrew is the top american sprinter in the acutal world ranking, he sits on the 6th spot. He beat Fratus earlier this year at the TYR Pro Derby.

With Anton Chupkov (RUS), Yasuhiro Koseki (JPN) and Ippei Watanabe (JPN) the gold, silver and bronze medalist of the 2018 World Chamionships are set to compete in Canet. Chupkov also it the actual leader on the FINA World Ranking board in 2:07,81 and the bronze medalist of the 2016 Summer Olympics. With Chupkov, Koseki, Watanabe and Germany’s Marco Koch four out of the eight finalist from the Rio Olympics will attend the first stop of the Mare Nostrum Tour. Marco Koch, the 2015 World Champion and SC World record holder, is not qualified for the 2018 European Games, he didn’t crack the German nomination times. But Geman Head Coach, Henning Lambertz, offers him a last chance at the LC German Championships in July, to convice him with an outstanding performance to reach a subsequent nomination for the European Championships.

Outdoor pool. Warm weather for Saturday. Around 33°C or 91°F.

Sure of nothing. I’ve just looked at a weather forecast.

They say pretty sunny too. And less warm for Sunday.

My weather for Canet says high of 78 for Saturday

Super battle between two my favorite super comebackers in W200BK.
29yo, 6 months comeback, family turmoil against 23 yo, 2 years comeback, multiple health issues.
What can be more exciting.

These two will battle to break 2:15, just about any other race would be more exciting. How about Reagan Smith in Santa Clara? Or Stadden’s swim at Mel Zajac last weekend

Regan Smith vs Kylie Masse that is what worth to watch, no matter if they are at highest point in season or just are in training phase.

I think Regan is great, but so young…her underwaters are world class and her tempo is relentless. However she has yet to hit her maturity phases, and these phases have an impact on most female swimmers. Both Regan and Masse are not tall swimmers, the difference is that Masse is consistently performing at the highest level having already gone through the maturity phases. The greatest backstroker in history…Missy…hit a 2.04 low partly cause she was 15/16 and 6’2” tall…height helps in backstroke when all else seems equal. My feeling is that Regan may find some maturity challenges along with stiff competitors such as Baker, Bilquist, Smoliga, and several others. And if others prevail my hope is she takes on womanhood… Read more »

Your opinion is a great observation. I want this 2:04 record gone as soon as possible. It stays for too long already. Masse and a group of youngsters including Ruck and Smith are the best candidates for doing that by far. Therefore each race of them is of high interest to check their form and progress. Especially if they compete against each other.

……… or Regan Smith becomes the next Natalie Coughlin.