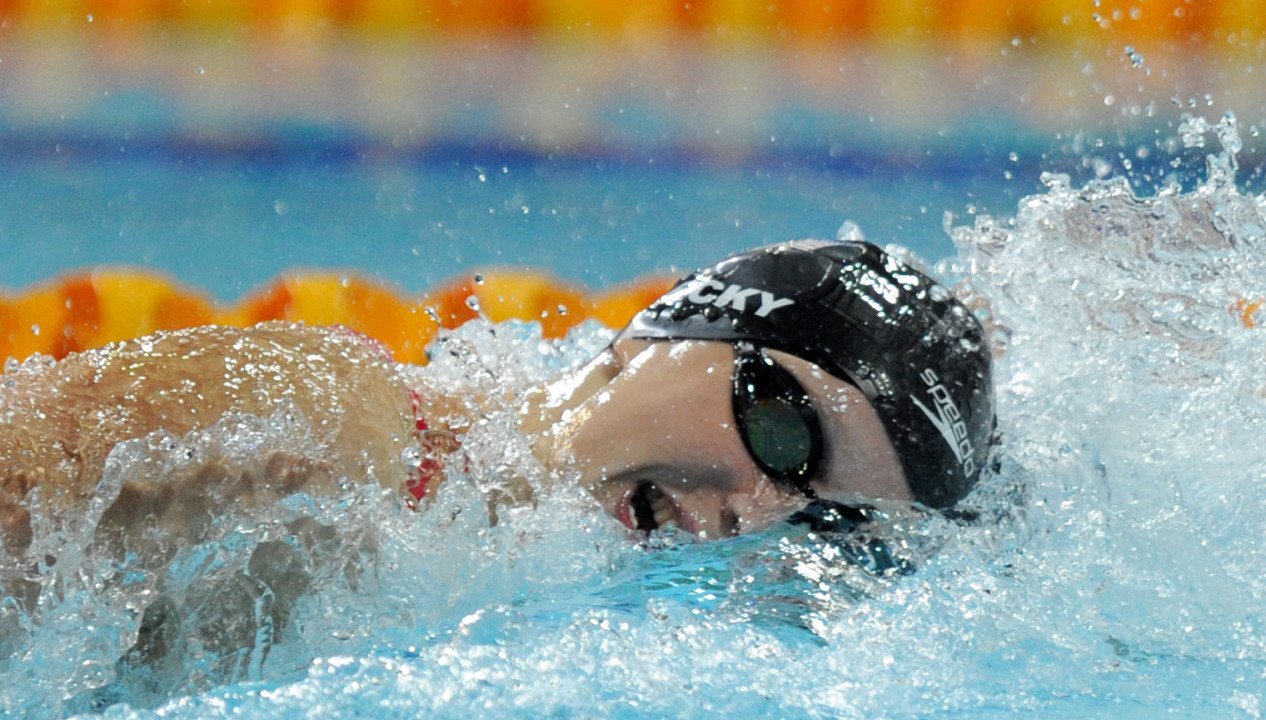 Watch Katie Ledecky shatter her own World Record in the 1500 freestyle on the final day of the Pan Pacific Championships from Australia. Current photo via Scott Davis

Though it’s not the full 1500, race footage has surfaced of Katie Ledecky breaking the world record in the women’s mile. This video features the beginning and end of the race, plus some great underwater footage of the young distance phenom in action.

With her fifth World Record of the summer, Katie Ledecky drops six second to improve her World Record to 15:28.36! To put that in perspective, the world record at this time last year was still 15:42, and she would have finished 18th at the US National Championships in the men’s 1500 meter freestyle.

Did you see the legs she had left in the last 15 – 20 meters? It looked like she was racing the swimmer in lane 6 to the finish instead of lapping her (lapping someone in a PanPac Final!!).

This young lady is one incredible athlete. Athletes like her show up about once every 25 years or so. The PED allegations are simply preposterous. She was kicking rear ends at 15 and will continue to do so. She would probably be pretty darn good at any sport she tried. Her start and turns are as good or better than anyone elses and her swimming ain’t bad either.

Give her credit and enough of the PED garbage, it’s sour grapes.

I very much liked the Canadian commentators — especially the color analyst. Anyone know his name? I think I heard him referred to as “Byron.”

NBC should hire him to replace Rowdy Gaines.

I think the commentator is Byron McDonald, a former Michigan Wolverine and Canadian Olympic swimmer. He won the bronze medal in the 1972 Olympics in the 100 Butterfly. He also coaches at the University of Toronto.

Please correct me if I am wrong.

It’s Byron MacDonald. He has been the Canadian commentator for decades. He competed in the 1972 Olympics in the 100 fly for Canada. He indeed brings his passion for the sport of swimming to the TV screens of Canada (and Pacific NW where had been able to pick up the Canadian broadcast of Olympics etc.)

sportcenter picks 3 stars, 3 athletes that did something awesome over the weekend, and one of the news casters picked Katie ledecky as his star. It was awesome to see swimming on USA ESPN.