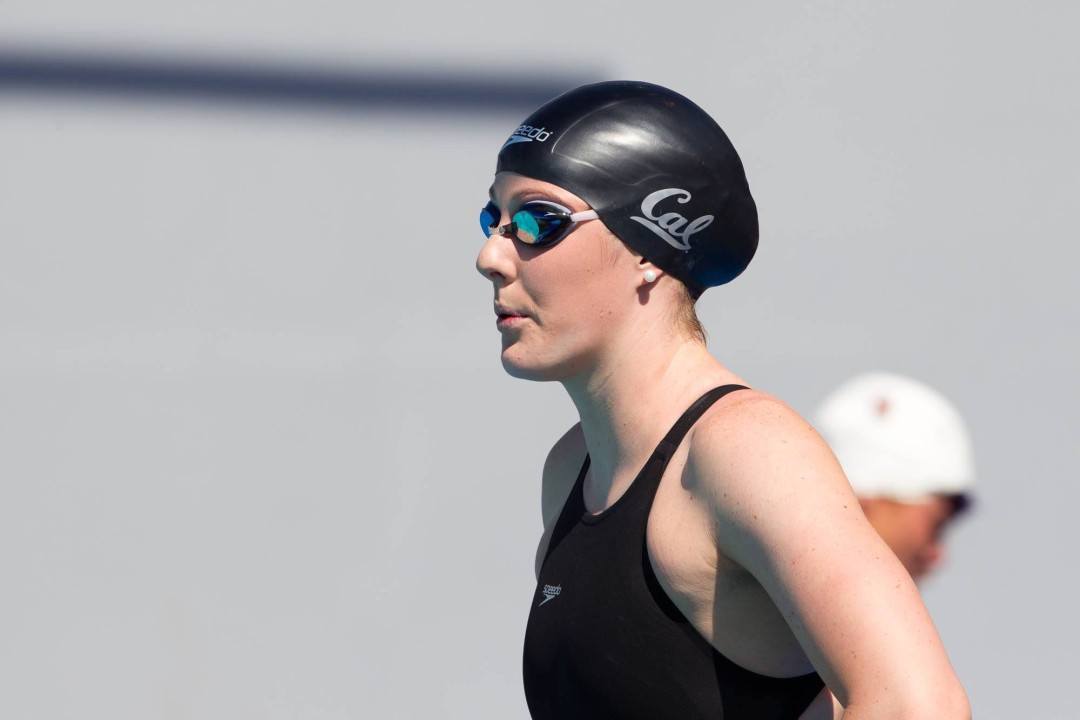 It’s a rough night for Elizabeth Beisel. She scratched from the final of the 200 freestyle to focus on her backstroke. Beisel slipped off the start, falling way back off the start. Missy Franklin won the race with her time of 2:08.38. In this writer’s opinion, Beisel should have won that race. After starting from behind, she ran down the field and finished sixth. She would have been right there with Franklin, and probably in front of her.

Hali Flickinger won the B-final of the women’s 200 backstroke with her time of 2:11.55. Sarah Denninghoff finished second at 2:12.99. Bonnie Brandon would have been in the mix if not for a bad slip off the start.

Danielle Gayler won the C-final of the women’s 200 backstroke with her time of 2:12.25, a three second drop from her morning swim.

I’m a big fan of Elizabeth Beisel, and if I didn’t feel confident she would make the Pan Pac team in at least the 400 IM I probably wouldn’t be able to say this, but her slip on the start of that race was SO BAD that I couldn’t stop myself from laughing! I coached 10 and unders (at Bluefish actually and a few other teams) and I have never seen such an extreme slip! Well, I’ll be rooting for her the rest of the meet even harder than usual!

I noticed a lot of poor starts (slips) in the 200 back. A lot more than usual for this caliber of swimmers. Is there something about the touch pads that make them slippery?

I don’t know about the touch pads, but the pool isn’t that deep. During 50 back prelims I saw a guy in lane one graze the bottom of the pool on his start!