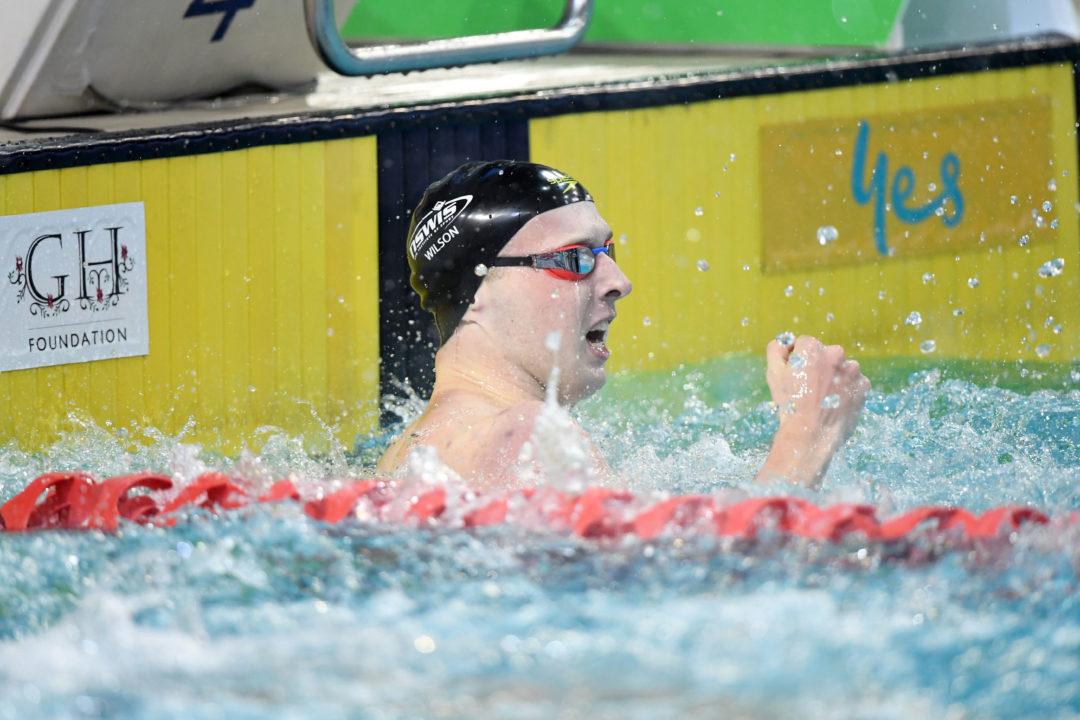 Watch how 20-year-old Matthew Wilson threw down the swim of his life on day 2 of the 2019 Australian National Championships. Archive photo via Delly Carr / Swimming Australia Ltd

After his stunning win, Wilson stated,”When I turned around and saw 2:07.16 I had no idea I could do that. I was expecting a 2:08 mid because I did that at States a couple of weeks ago and I’m probably at the same point in my training, so to pull that out was just unbelievable,” Wilson said.

“We’ve got World Trials coming up in June so if I can repeat that I’m definitely a shot at hopefully medalling at Worlds and then obviously coming up to Tokyo Trials next year.”

20-year-old Matthew Wilson threw down the swim of his life on day 2 of the 2019 Australian National Championships. The SOPAC athlete powered his way to the top of the podium in the men’s 200m breaststroke, clocking a monster effort of 2:07.16 to produce a new Australian National Record and Commonwealth Record.

Wilson staked his claim on the men’s 200m breast this morning with a 2:10.52 solid swim out of the heats. But, the Pan Pacs bronze medalist had designs on busting out a big swim by taking his final out tonight under World Record pace. Splitting 1:00.94/1:06.22, Wilson produced his fastest time ever, obliterating his previous career-fastest of 2:08.22 from Pan Pacs.

His 2:07.16 time tonight also overtakes the supersuited record of Christian Sprenger, who held the Aussie NR  of 2:07.31 since the 2009 World Championships in Rome. Scottish Olympian Ross Murdoch held the Commonwealth Record with the 2:07.30 from the 2014 Commonwealth Games.

Just last month Wilson hit a big-time mark of 2:08.56 to absolutely manhandle the men’s 200m breaststroke field at the NSW Championships. At the time, his sub-2:09 effort checked in as the 3rd fastest time in the world.

Wilson’s 2:07.16 now checks the man in as the 2nd fastest in the world, sitting only behind reigning world record holder Ippei Watnaabe of Japan who produced a 2:07.02 just yesterday at the Japan Swimming Championships.

He is now the 4th fastest performer of all-time in the event, with only the men below ahead of him.

So glad to see this race video

Also very happy that zac stubblety cook was coming home like a train.. Matt Wilson needs a domestic rival to keep him honest in the lead up to Tokyo and they can definitely help to motivate each other domestically .. also zac could have dipped below 2.08 had he had a better finish to that race I think!

He swims for SOPAC he does NOT live in QLD