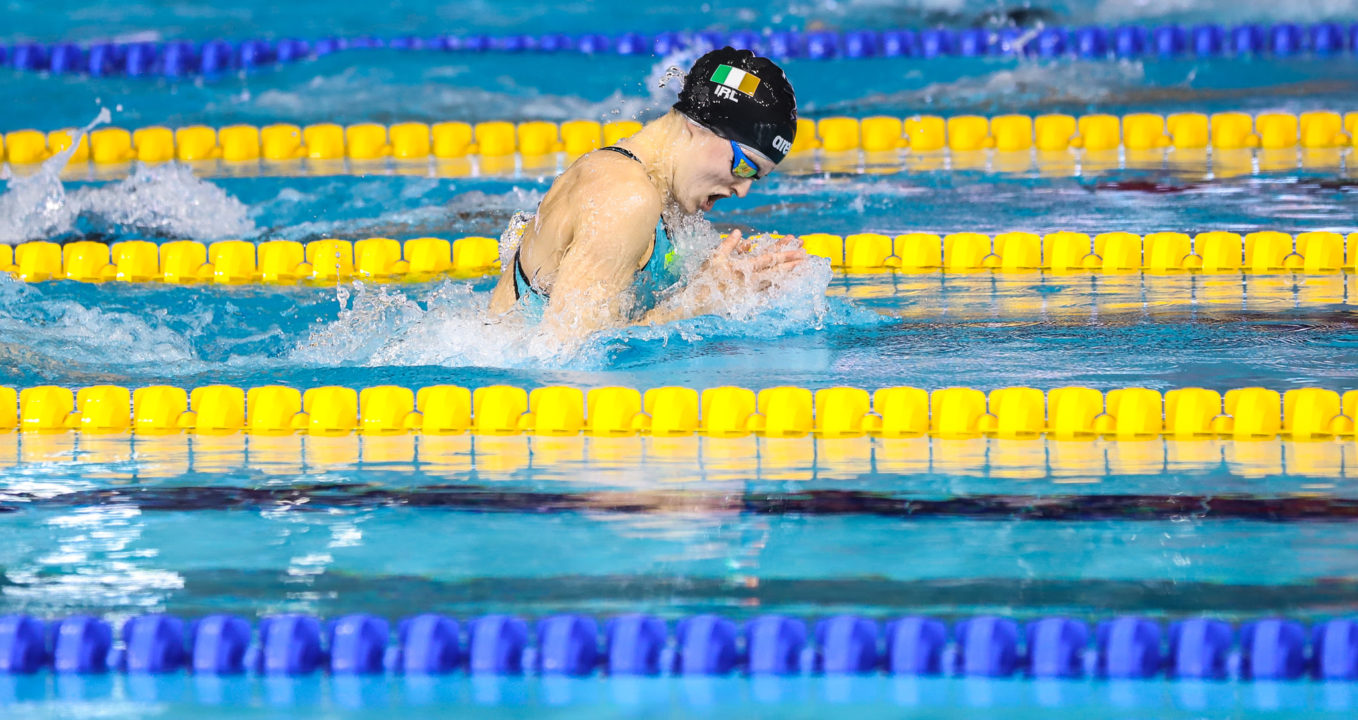 The 2021 Irish National Team Trials will commence on Tuesday, April 20 in Dublin and will serve as an opportunity for swimmers to add their name to the country’s Tokyo 2020 squad. The only two names already on the list to represent Ireland for swimming at the Olympics this summer are Shane Ryan in the 100 backstroke and Darragh Greene in the 100 and 200 breast.

To earn consideration for the team this week, a swimmer must go faster than the FINA A cut in an event. A unique aspect of Irish Trials is that the prelims and the finals are of equal consideration status. That means that if more than 2 swimmers hit the time in any given event, consideration will be given to those who recorded the 2 fastest times whether it was in the heats or the finals.

2016 Olympian Nicolas Quinn will be among those looking to secure a spot on the team this week. Quinn raced the 100 and 200 breaststroke in Rio and placed 33rd and 19th, respectively. He’ll be racing both of those events at Trials this week as the second seed behind Darragh Greene.

Among the other name to watch is Robbie Powell, who is one of the major beneficiaries of the Olympic delay. Powell was handed a one-year doping suspension in 2020, back-dated to November 28th, 2019. He would have missed the Olympic Trials as scheduled in 2020, but is racing this week as the 5th seed in the 100 free and 3rd seed in the 200 free. Ireland is currently qualified to swim that 800 free relay in Tokyo, and they’d need Powell to have any chance of making the final.

The name is Niamh Coyne instead of Niamh Mayne.